David H. Burr studied law, passing the New York Bar Exam, and then surveying under Simeon DeWitt in New York. His first atlas was an atlas of New York State (1829), the second state atlas to be issued in the US (after Mills’ Atlas of South Carolina in 1826). In the 1830s, he served as the official topographer for the US Post Office, producing a series of rare and highly sought-after large-format state maps. He also created a map of the country’s postal routes, which features roads, canals, and railroads. Burr traveled to London to work with John Arrowsmith; together, they produced the American Atlas in 1839.

Upon his return to the States, Burr was appointed as a draftsman for the House of Representatives, where he worked until ca. 1841. He later worked for the Louisiana Survey and the Florida Survey. By 1850, he was back in Washington D. C., working on the census. In 1852, the Senate named Burr as the draftsman to compile maps from the Federal Surveys. In 1853, Burr traveled to San Francisco, perhaps as part of his work for the Senate. He was then named as the Surveyor General of Utah in 1855. However, he was unpopular there and returned to Washington D. C. by 1870. Burr is widely regarded as one of the most important names in the nineteenth-century American history of cartography. 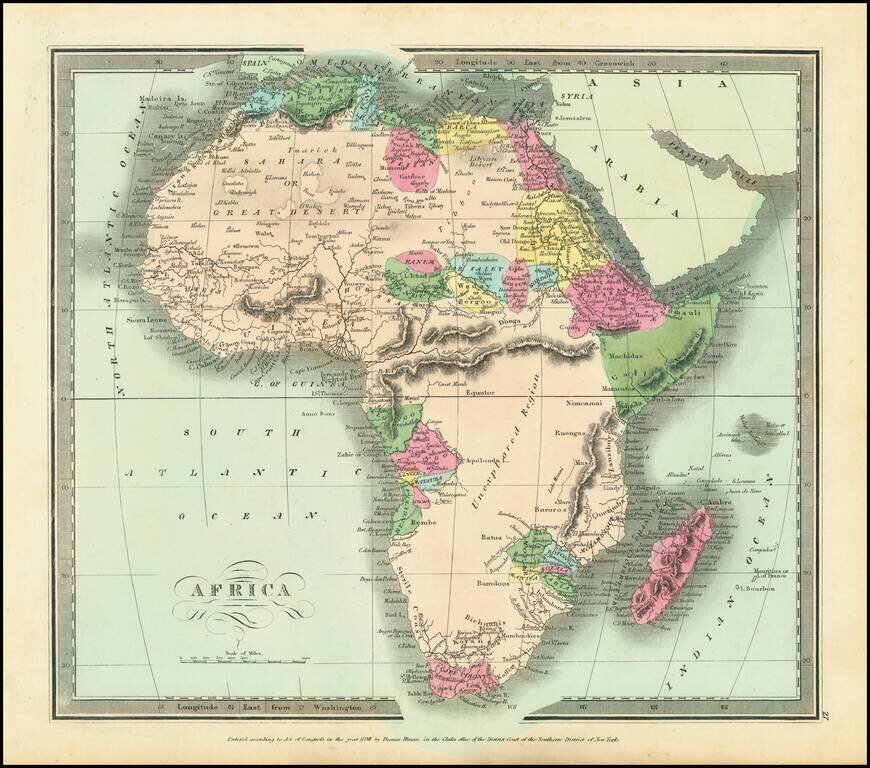 Nice wash color example of Africa, colored by regions and kingdoms. The map still includes the fantastical Mountains of the Moon and Mountains of Kong. 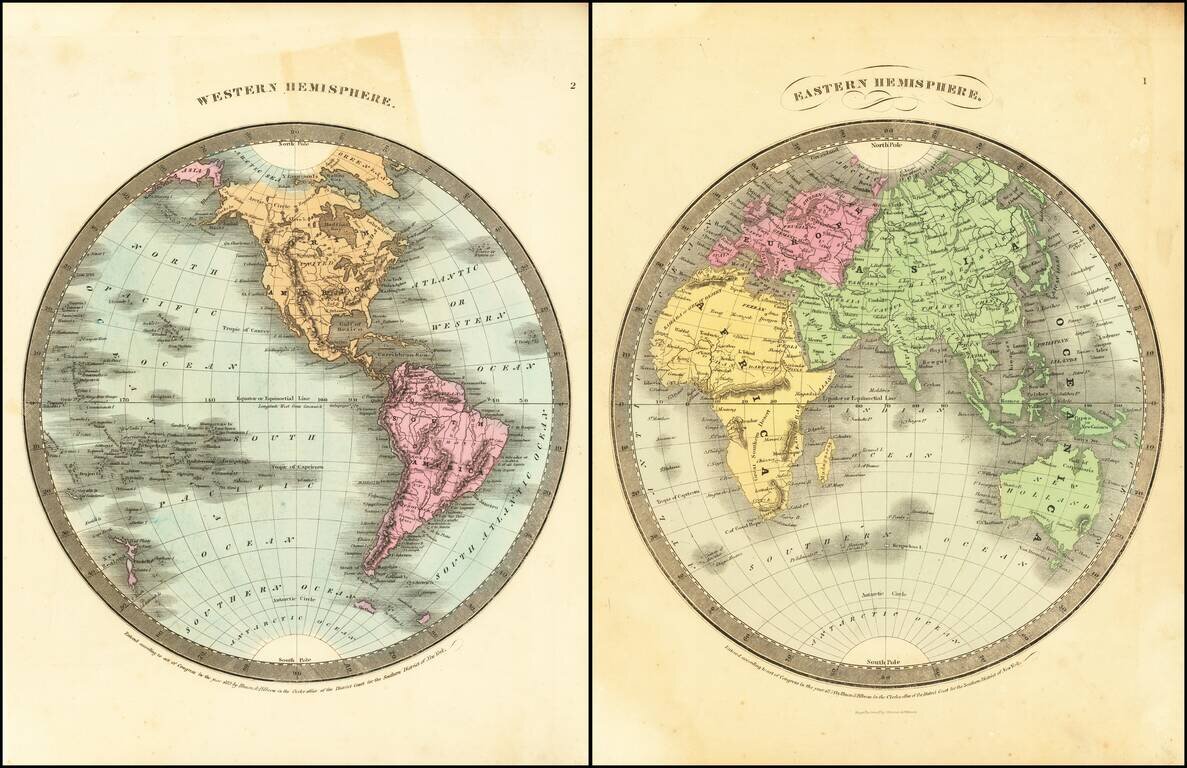 Detailed pair of hemispheric maps of the World, from Burr's Atlas Universal. Shows an oddly configured Australia and Alaska, as well as conjectural knowledge of the Northwest Passage, about 25 years before its discovery. 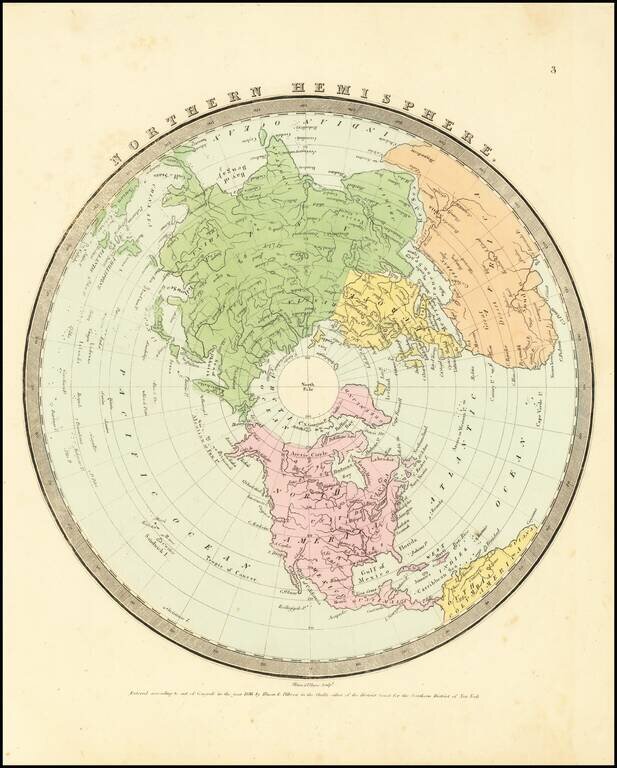 Interesting map of the Northern Hemisphere by David Burr, one of 4 hemispheric map projections in his New Universal Atlas. The map provides a nice depiction of the known extent of the North Polar regions and the coastlines of Northwestern America and... 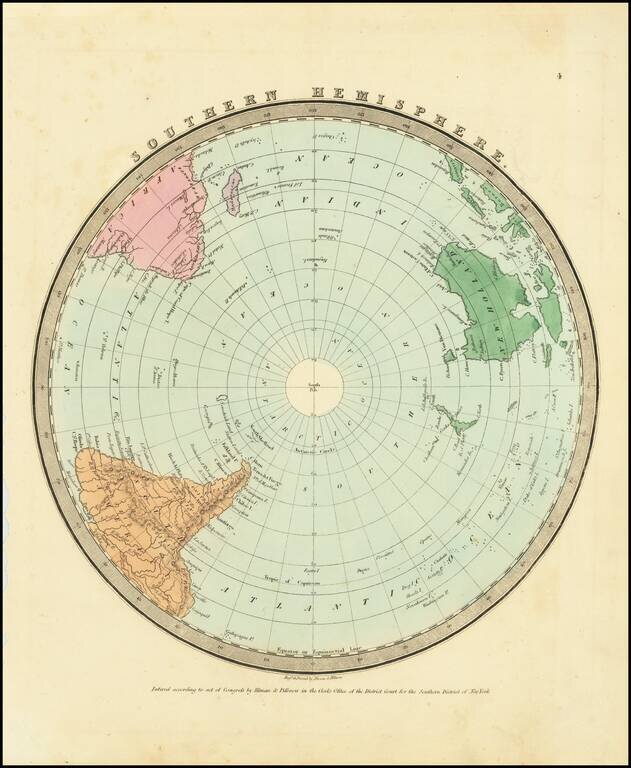 Interesting map of the Southern Hemisphere by David Burr, one of 4 hemispheric map projections in his New Universal Atlas. The map provides a nice depiction of the known extent of the South Polar regions. 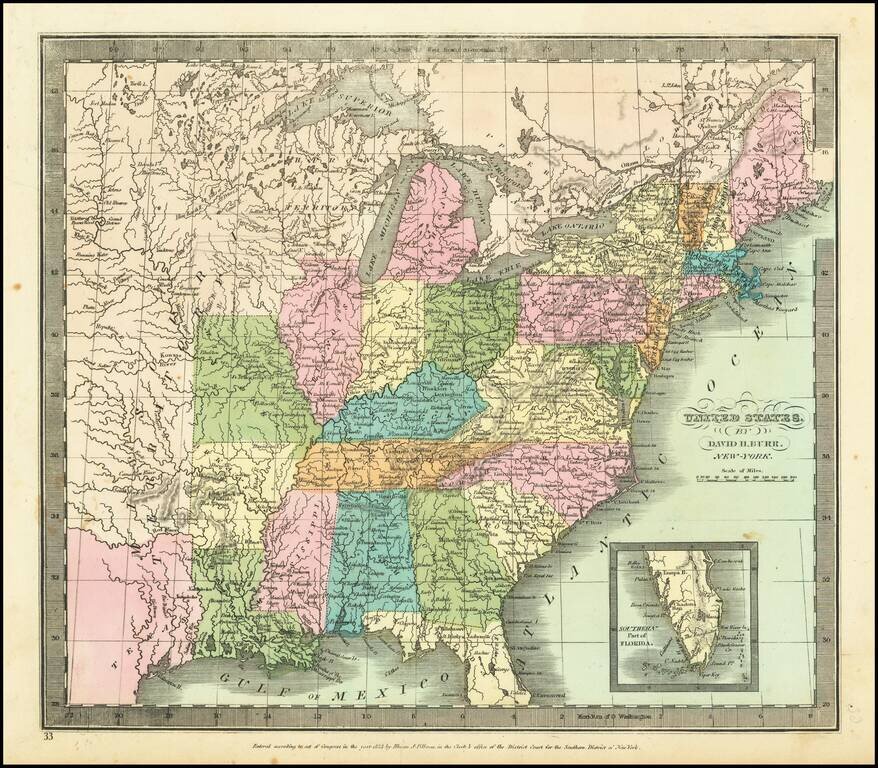 Shows Huron Territory -- The Future Wisconsin Territory Scarce map of the United States, showing a massive Missouri Territory, Huron Territory and Texas. The map provides fine details in the Northwestern part of the map, corresponding to the old... 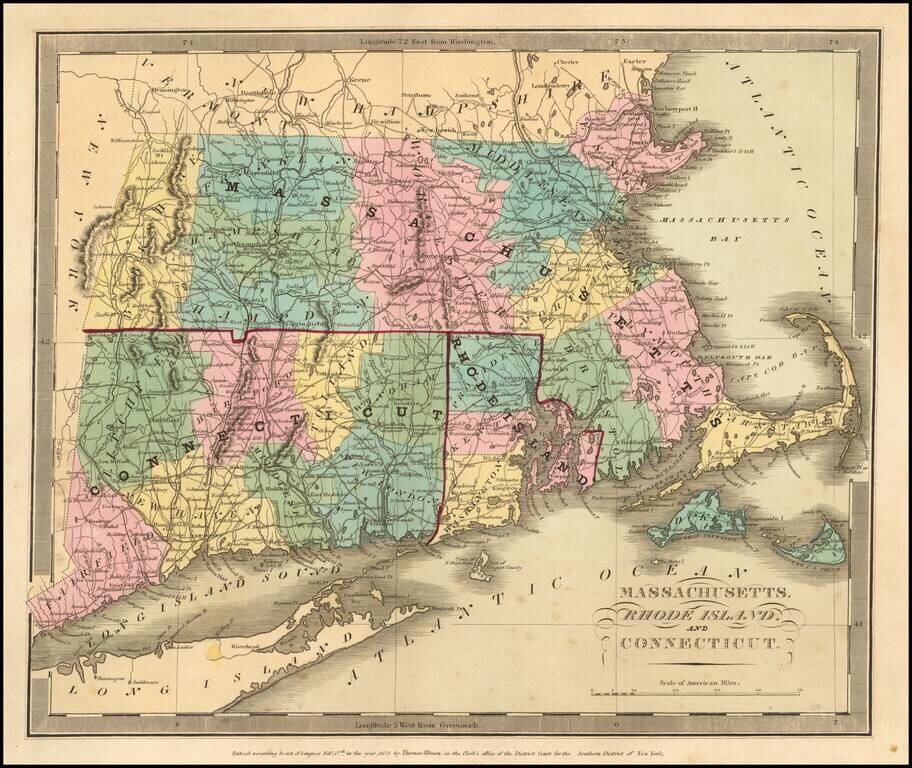 Burr's atlas was perhaps the most elegant American commercially published atlas of its time, utilizing wonderful wash colors and elegant engraving style. Burr studied under Simeon DeWitt in New York. His first atlas was an Atlas of New York State, the... 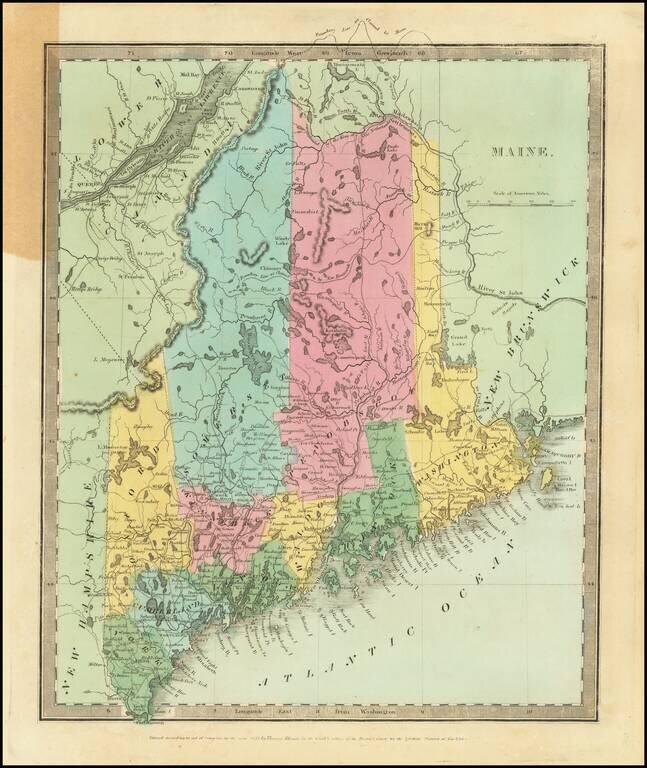 1836 - Maine [showing disputed boundaries as claimed by US, New Brunswick and as settled by the King of the Netherlands]

Elegant map of Maine by David Burr, one of the most important cartographic publishers of the early 19th Century. The map is highly detailed, showing towns, roads, rivers, lakes, mountains, and a host of other details. The map locates the disputed... 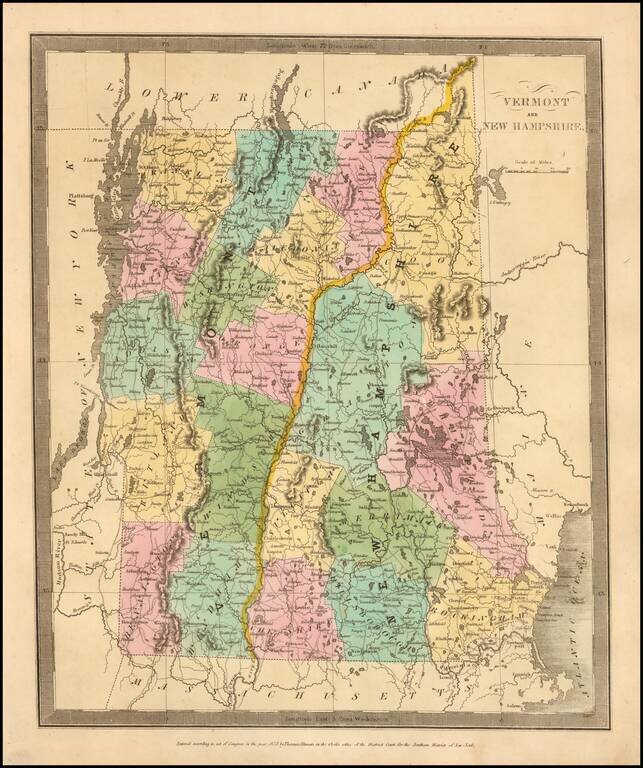 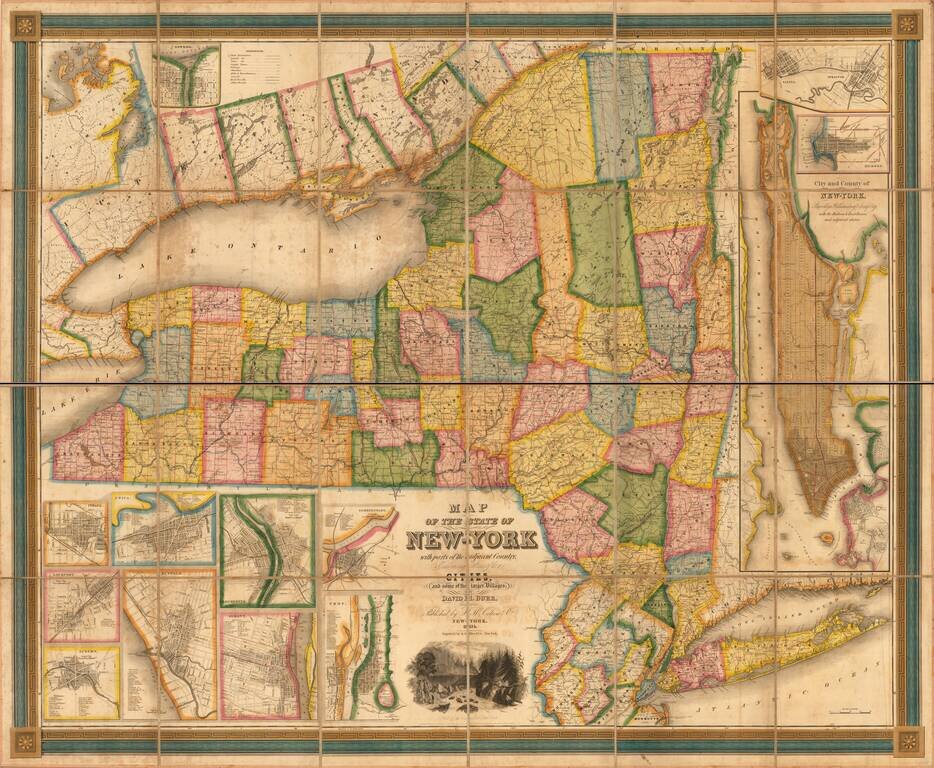 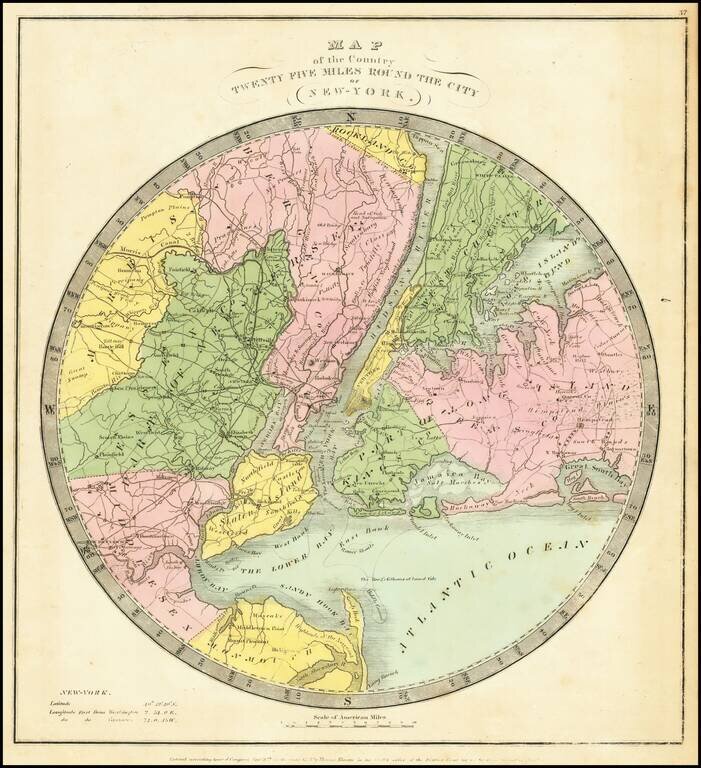 A Desirable Map of the New York City Metropolitan Area Striking full color example of David Burr's map of New York City, which was issued separately and also appeared in his Universal Atlas, first issued in 1836. The map covers the areas of Kings... 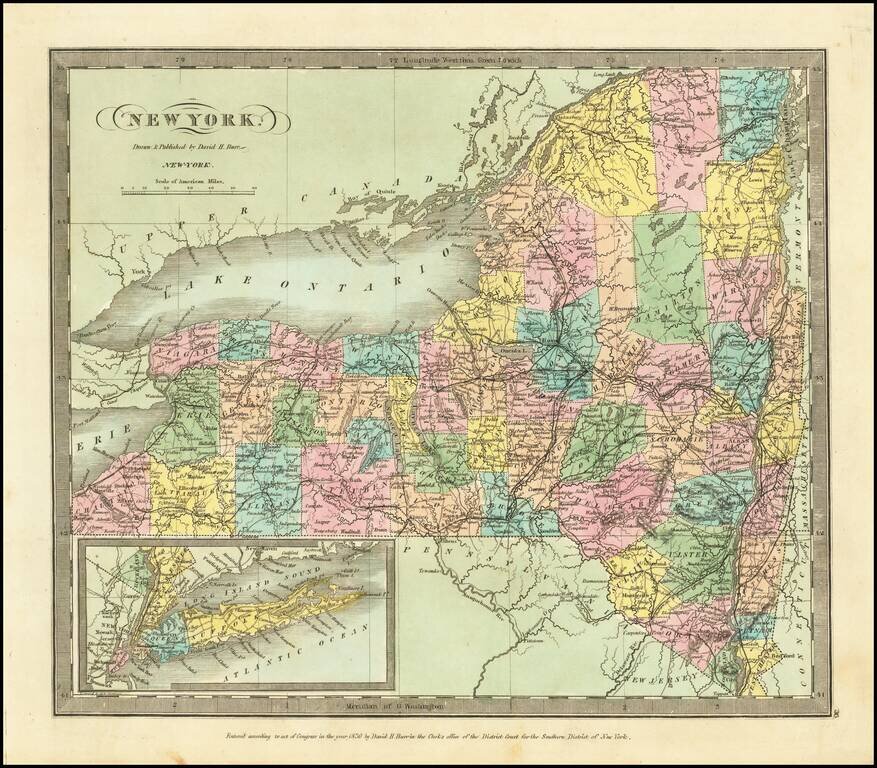 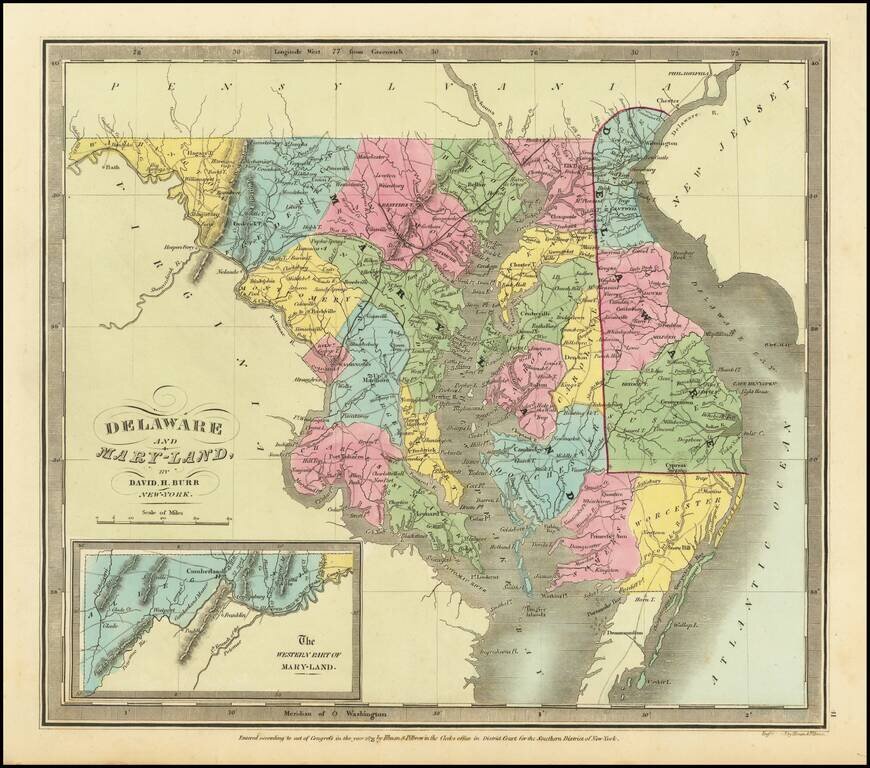 Rare example of the first edition of David Burr's map of Maryland and Delaware, which appeared in his Universal Atlas, first issued in 1836. Shows counties, towns, rivers, roads, courthouses and other details. Burr's Atlas was perhaps the most... 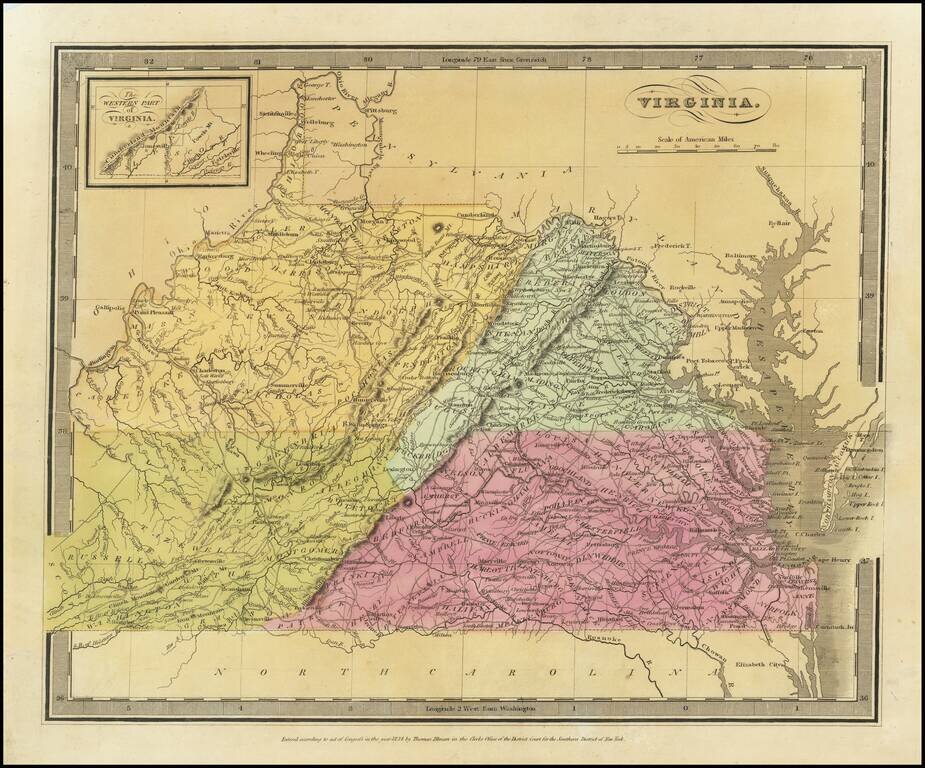 Striking full color map of Virginia, which first appeared in David Burr's Universal Atlas, in 1836. Burr is widely regarded as one of the most important names in American Cartographic history. Burr's Atlas was perhaps the most elegant American... 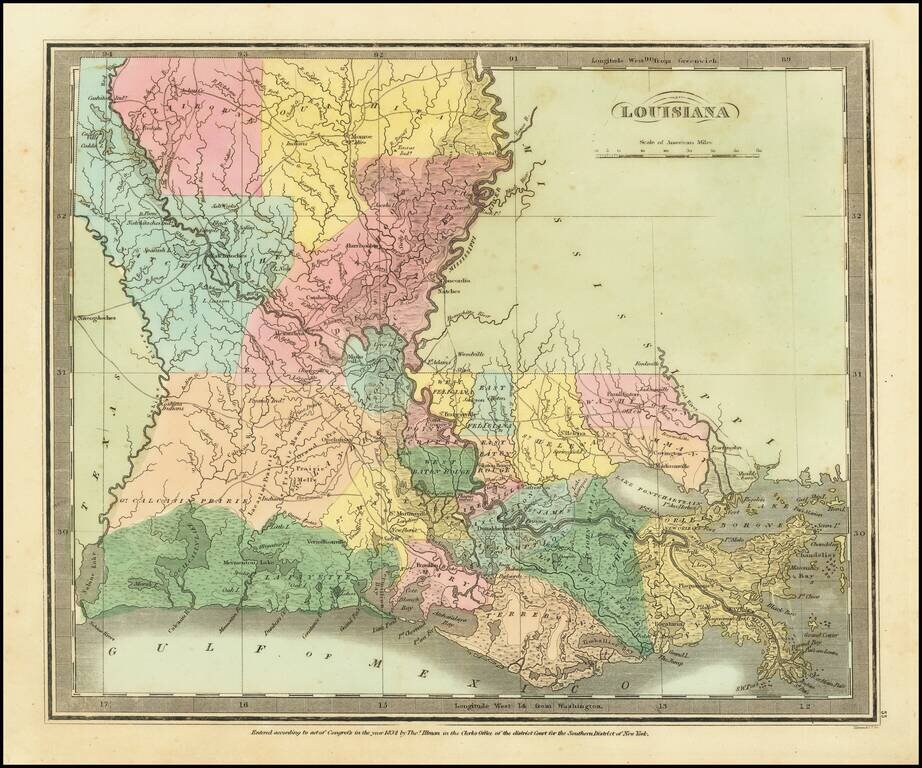 Striking full color example of David Burr's scarce map of Louisiana. The Parish system is still quite primitive, especially in the north and west, where 7 parishes dominate the region. The early roads are shown, although few traverse the state from... 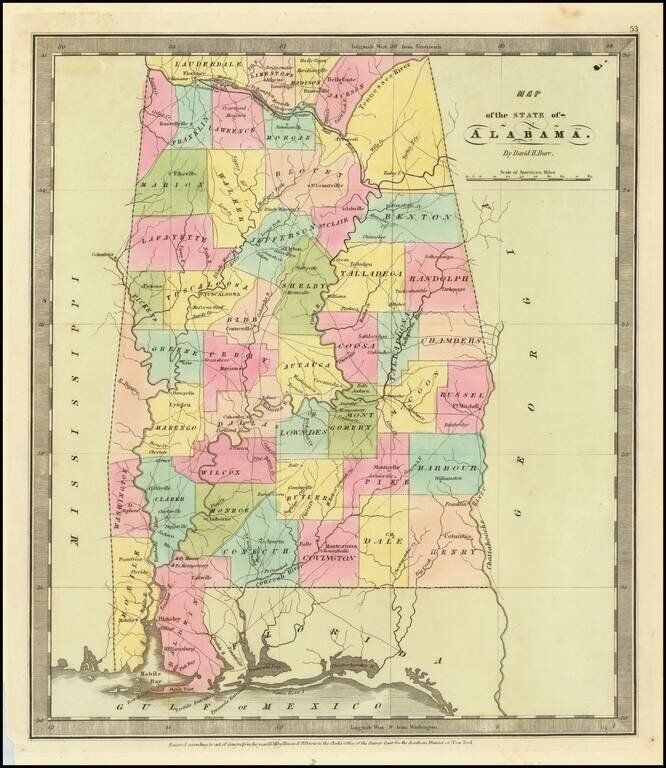 Fine example of David Burr's map Alabama, published just 15 years after Alabama became a state. The map is hand colored by counties and showing roads, towns, rivers, forts, and other details. A number of counties not yet shown and several shown as... 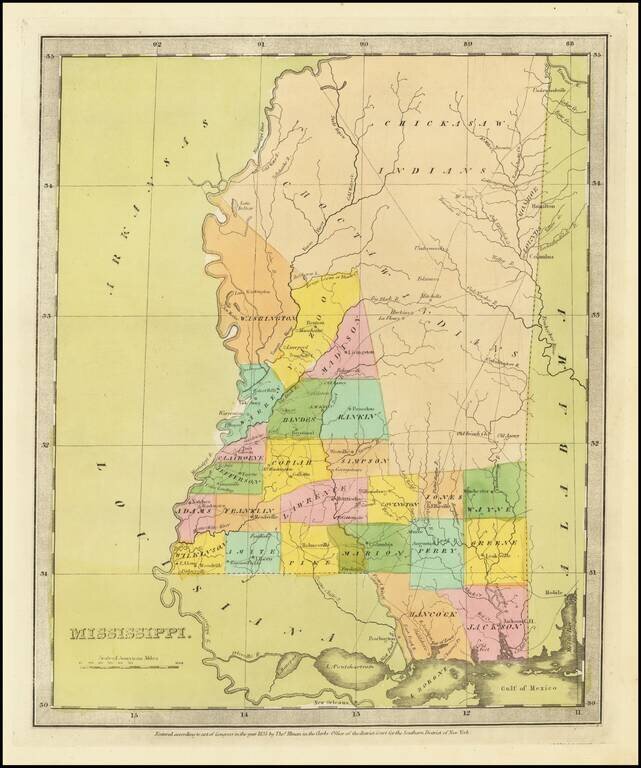 Fine example of David Burr's map of Mississippi, which appeared in his Universal Atlas. The map includes massive Chickasaw and Choctaw Indian regions in the North and Central part of the State, although Monroe and Lound County are now carved out of...