Claudius Ptolemy (fl. AD 127-145) was an ancient geographer, astronomer, and mathematician. He is known today through translations and transcriptions of his work, but little is known about his life besides his residence in Alexandria.

Several of his works are still known today, although they have passed through several alterations and languages over the centuries. The Almagest, in thirteen books, discusses astronomy. It is in the Almagest that Ptolemy postulates his geocentric universe. His geometric ideas are contained in the Analemma, and his optical ideas were presented in five books known as the Optica.

His geographic and cartographic work was immensely influential. In the Planisphaerium, Ptolemy discusses the stereographic projection. Perhaps his best-known work is his Geographia, in eight books. However, Ptolemy’s ideas had been absent from western European intellectual history for roughly a thousand years, although Arab scholars interacted with his ideas from the ninth century onward.

In 1295, a Greek monk found a copy of Geographia in Constantinople; the emperor ordered a copy made and the Greek text began to circulate in eastern Europe. In 1393, a Byzantine diplomat brought a copy of the Geographia to Italy, where it was translated into Latin in 1406 and called the Cosmographia. The manuscript maps were first recorded in 1415. These manuscripts, of which there are over eighty extant today, are the descendants of Ptolemy’s work and a now-lost atlas consisting of a world map and 26 regional maps. 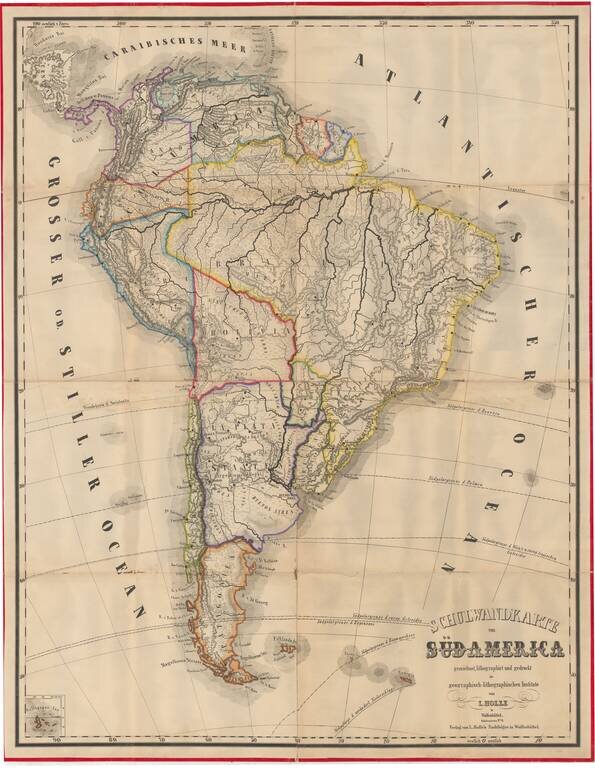 Very rare (unrecorded) wall map of South America, published by Leinhert Holle in Wolfenbuttel. The Geographisch-lithographisches Institut was an active publisher of maps in the mid-19th Century and thereafter. During a brief burst of activity in the... 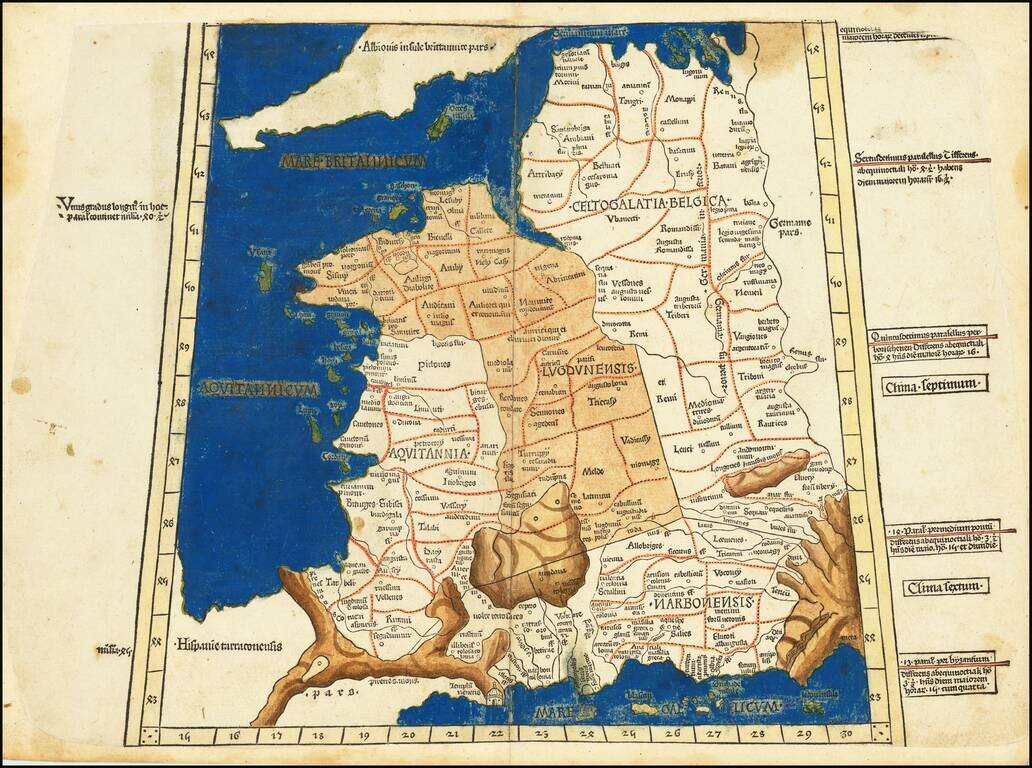 The First Map of France Printed North of the Alps Based upon the work of the 2nd Century Alexandrian polymath Claudius Ptolemy, this map is perhaps the single most important and decorative map of the region printed in the 15th Century. The map... 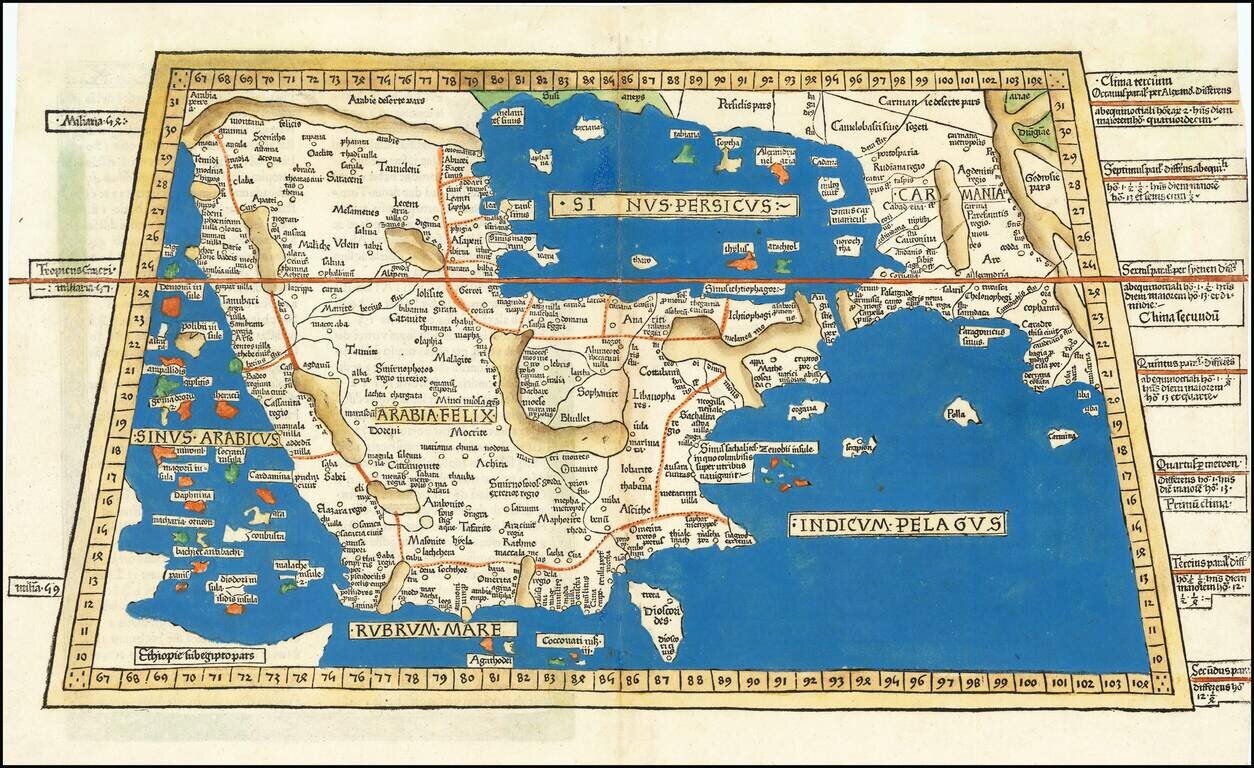