In 1721, Mortier forged a partnership with Johannes Covens (1697-1774), who had recently married Cornelis’ sister. They published under the joint name of Covens & Mortier. Johannes continued to work with Cornelis’ heirs after his death. In 1774, upon the death of his father, Johannes Covens II (1722-1794) took over his father’s share. In 1778, the company changed its name to J. Covens & Zoon, or J. Covens & Son. 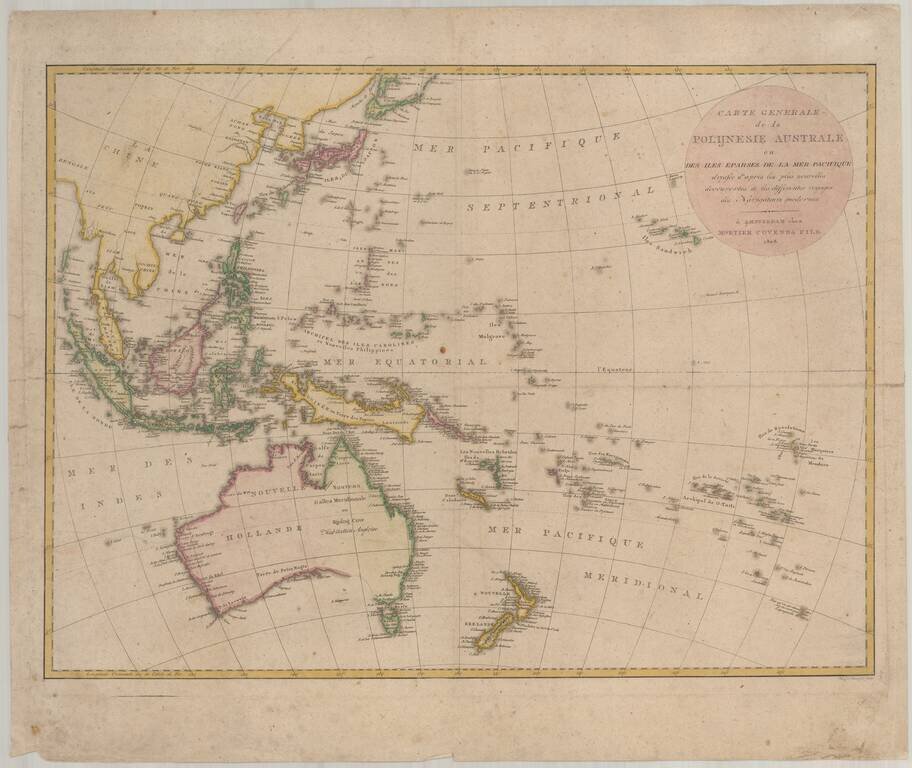 Scarce chart of the Western Pacific Ocean, published by Mortier, Covens & Fils. The map is based on Johann Matthias Christoph Reinecke's 1801 map of the region, which was the first German map to depict Tasmania as a separate island. The Mortier... 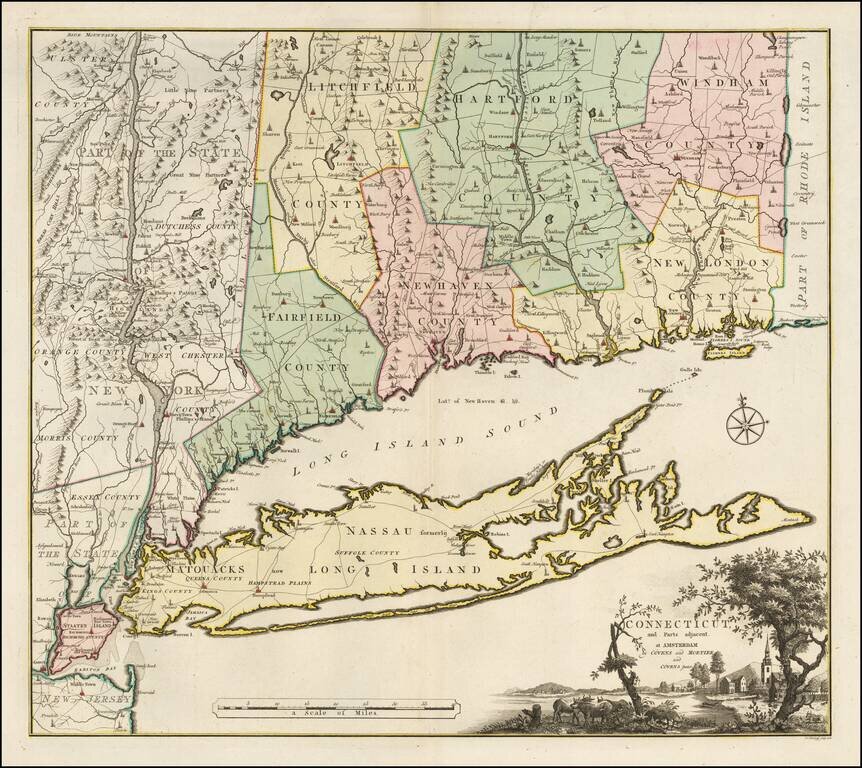 Bernard Romans' Map of Connectiuct -- A Revolutionary War Era Rarity Important early map of Connecticut and Long Island, originally published in New Haven by Bernard Romans and later in Amsterdam. This map was one of four Romans maps parts of the...