Guillaume De L'Isle (1675-1726) is probably the greatest figure in French cartography. Having learned geography from his father Claude, by the age of eight or nine he could draw maps to demonstrate ancient history. He studied mathematics and astronomy under Cassini, from whom he received a superb grounding in scientific cartography—the hallmark of his work. His first atlas was published in ca. 1700. In 1702 he was elected a member of the Academie Royale des Sciences and in 1718 he became Premier Geographe du Roi. 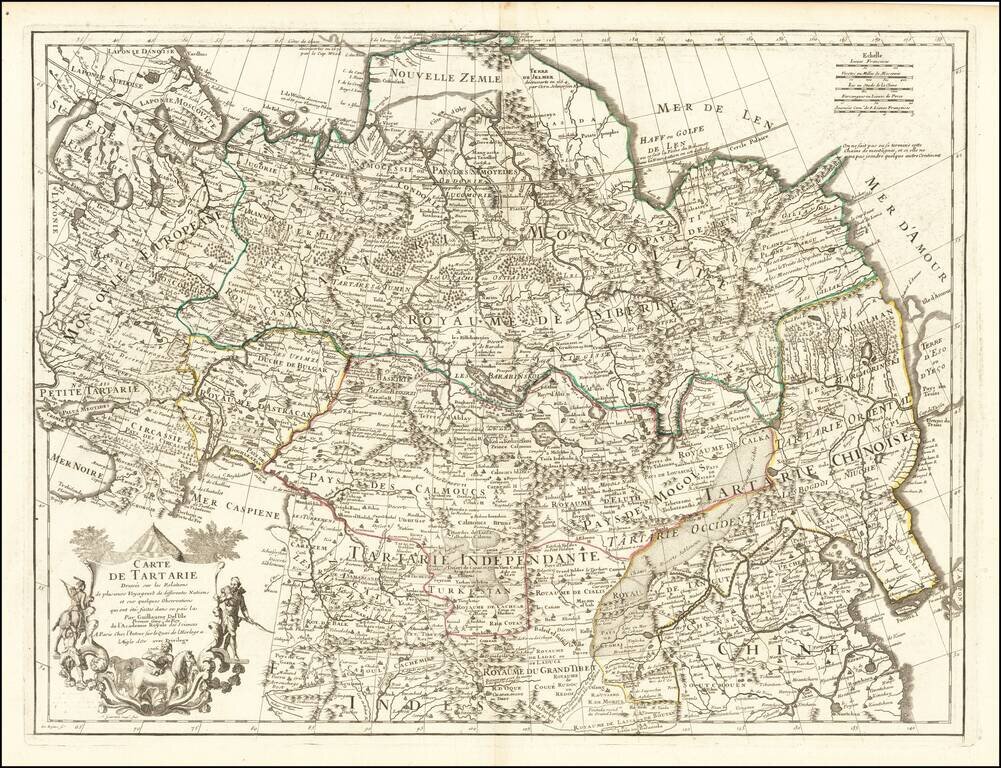 Nice example of this detailed map of Tartary, consisting of the Eastern part of Russia, Central Asia, China and Korea, first published by Nicholas De L'Isle in 1706. The map extends from the Peninsula of Korea in the east to the Caspian and Black... 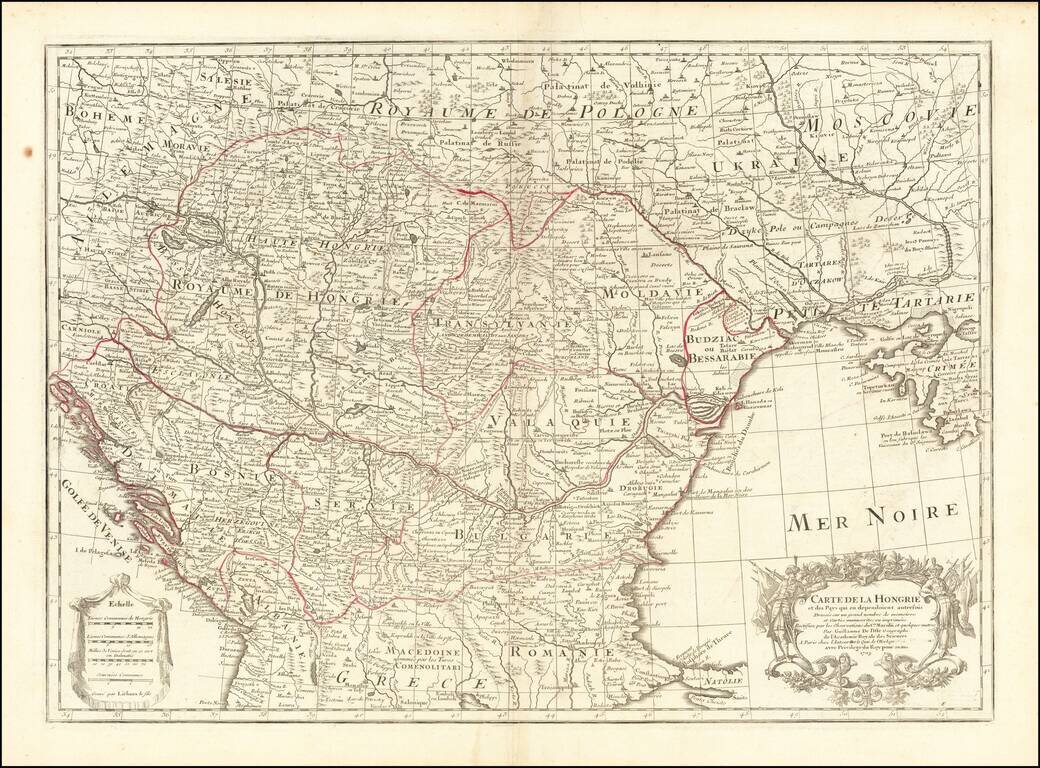 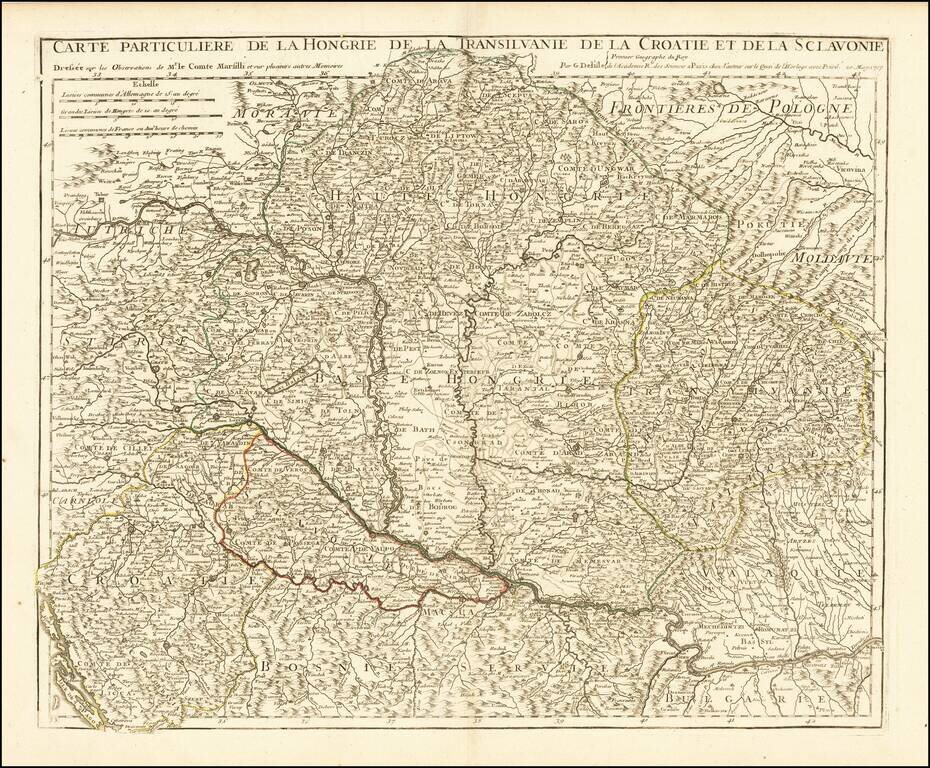 Scarce regional map of the region north of the Danube, published by Guillaume De L'Isle in Paris. Includes all or part of Hungary, Romania, Transylvania, Slovenia, Croatia, Bulgaria, Bosnia, Serbia, and Poland. 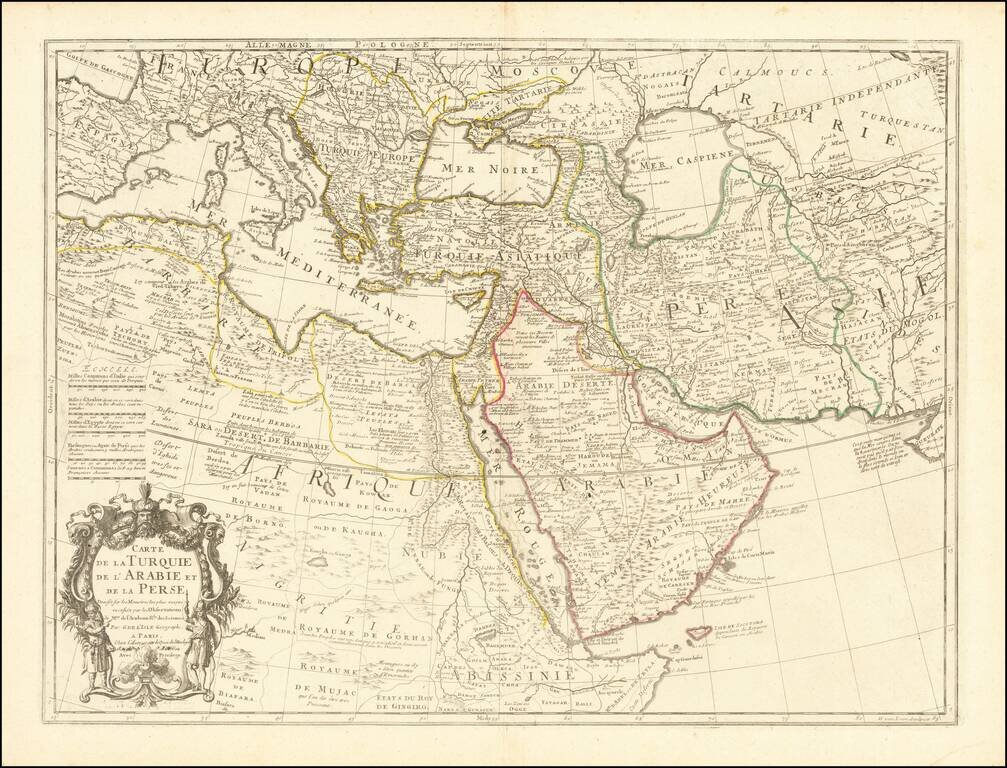 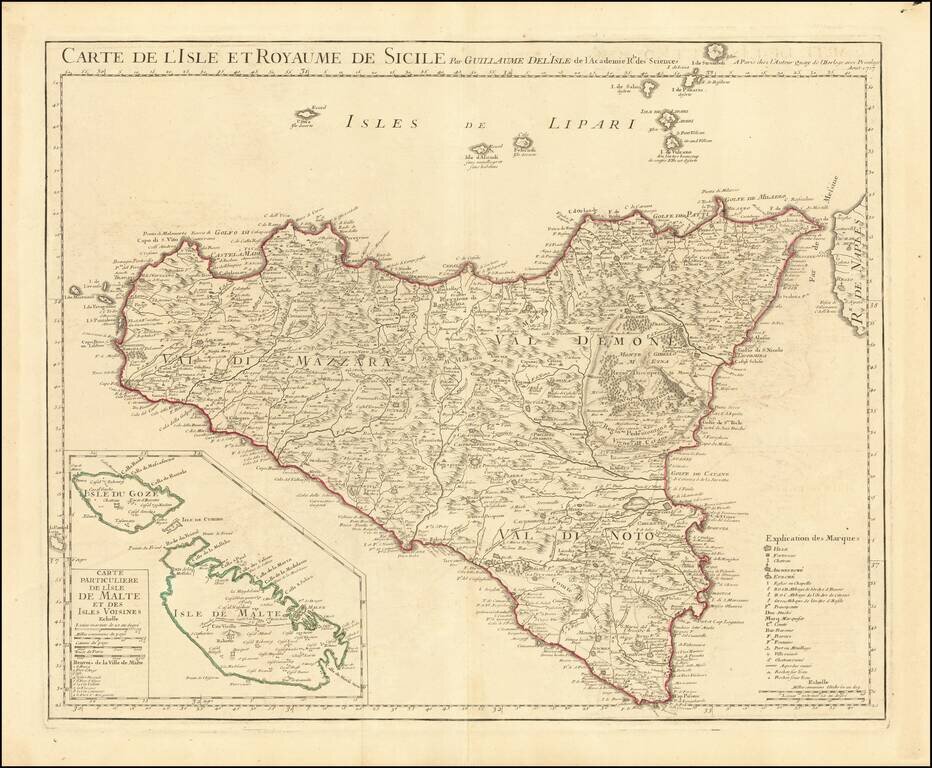 With a Large Image of a Volcanic Eruption at Mt. Aetna Finely detailed map of island of Sicily, with a large inset of Malta, published by Guillaume De L'Isle in Paris. The map extends to include the Aeolian Islands, which are here called the Lipari... 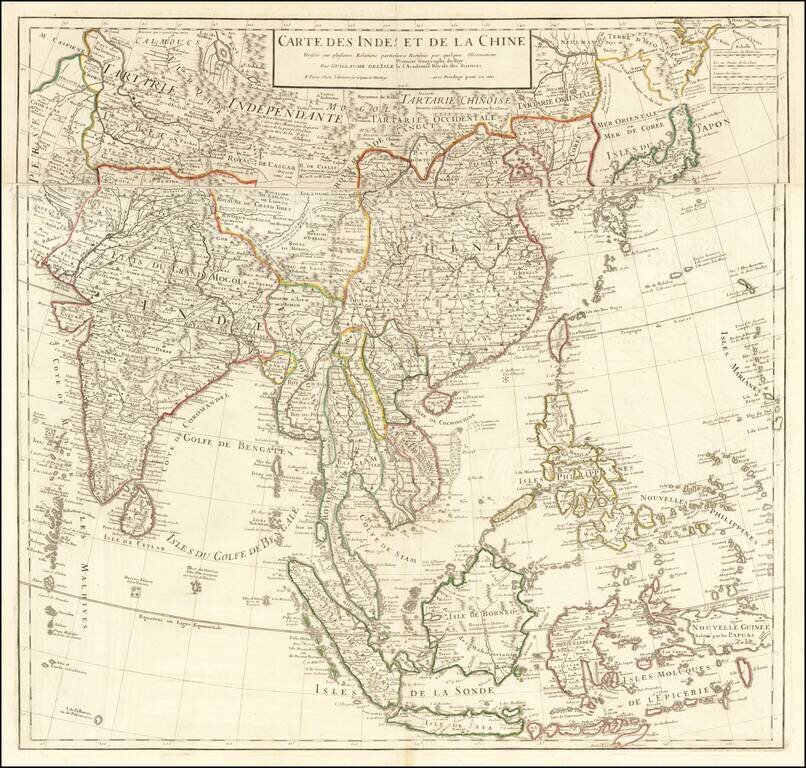 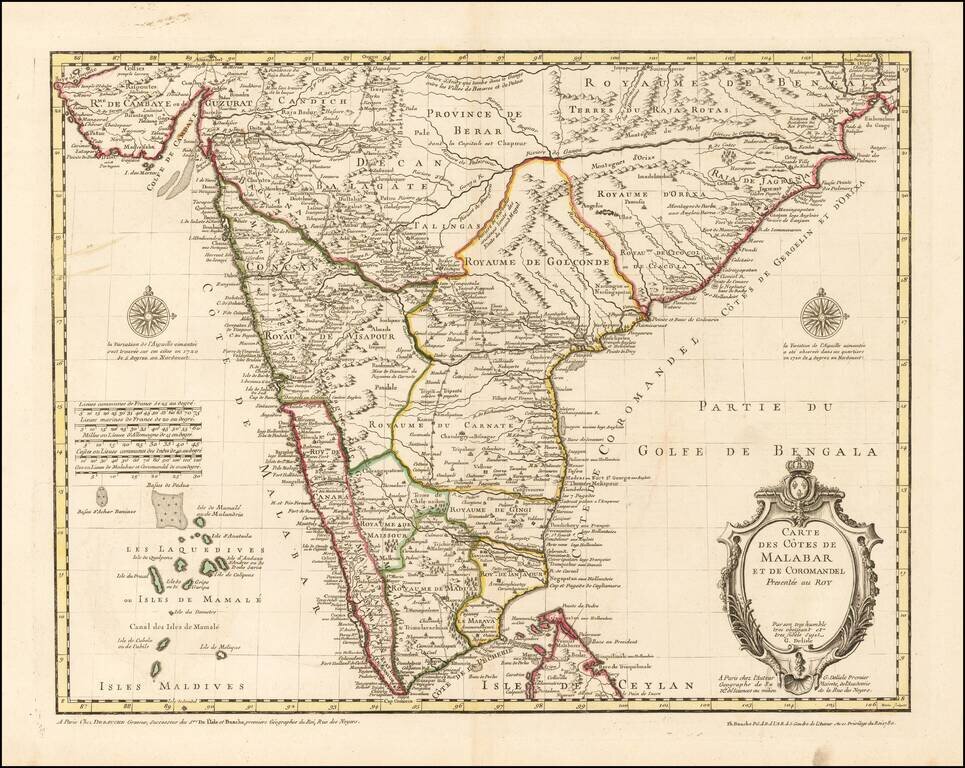 Finely Detailed Map of Southern India Emphasizing Trade Finely engraved map of the southern part of India, first issued in 1723 by acclaimed French mapmaker Guillaume De L’Isle. It focuses on trade routes within India, as well as the Coromandel and... 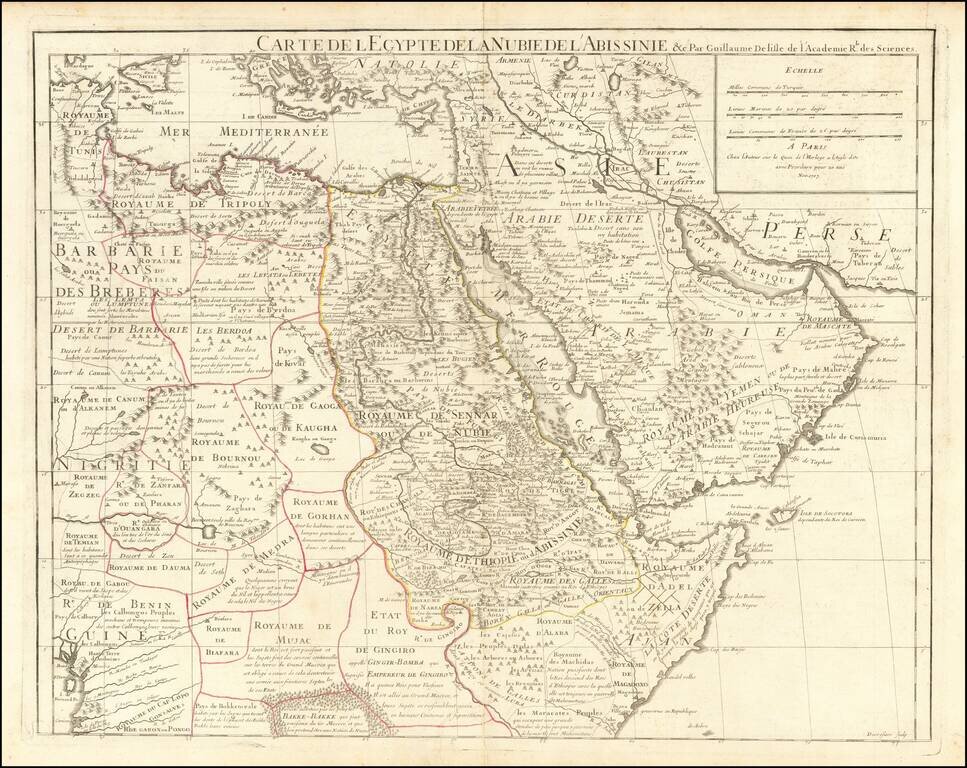 Nice example of Guillaume De L'Isle's highly detailed map of the region between the Arabian Peninsula, Egypt and the Horn of Africa, centered on the Red Sea. The map extends west to include Sicily, the Southeastern Mediterranean Coastline of Africa.... 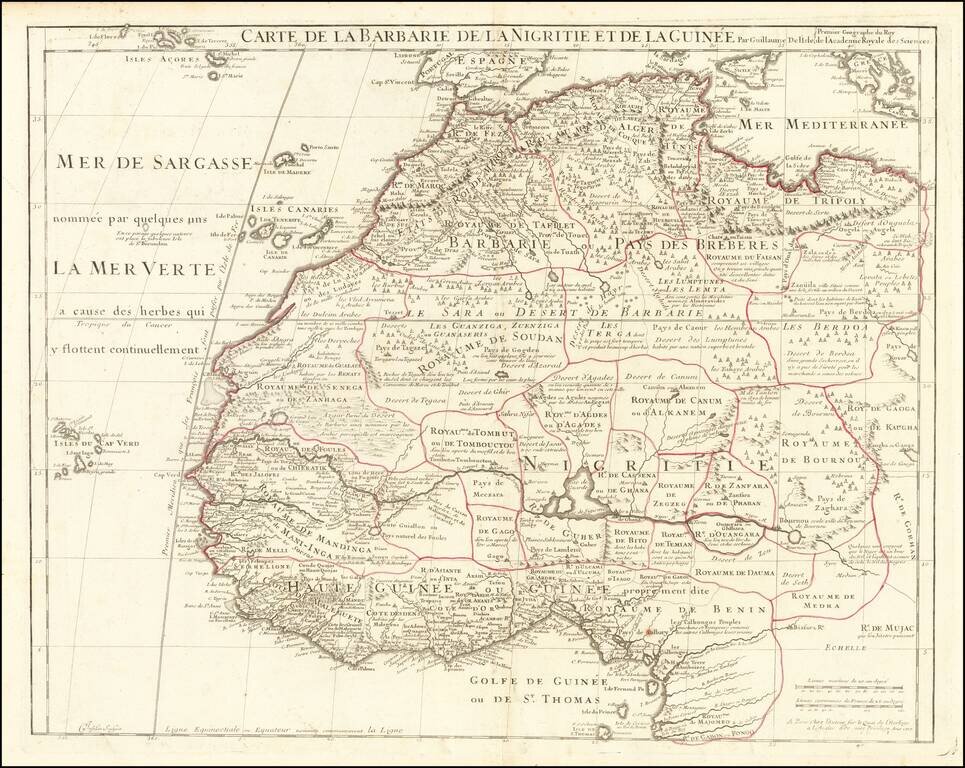 Detailed map of Northwestern Africa, published by Guillaume De L'Isle, the French Royal Mapmaker. Extends from the Kingdom of Tripoli and the Mediterranean to the Gulf of Guinea and the Gabon River, with remarkable detail throughout. Includes the... 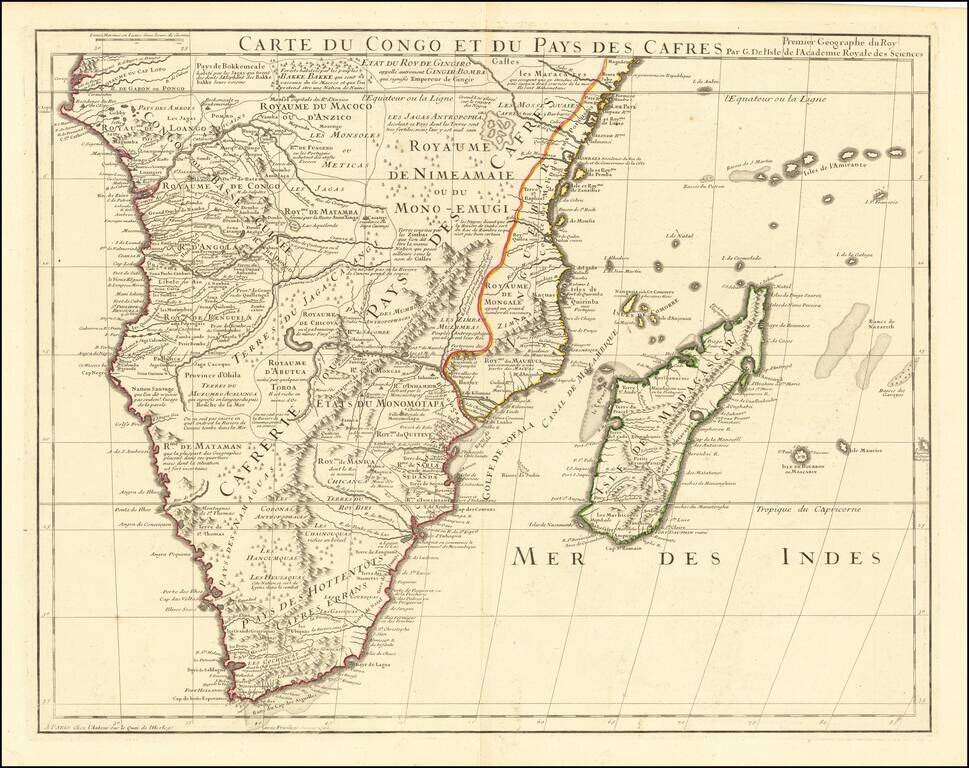 De L’Isle’s Fine Map of Southern Africa Striking example of De L'Isle's impressive map of South Africa and Madagascar, showing De L’Isle’s characteristic precision and attention to detail. Stretching from Congo in the north to what is now... 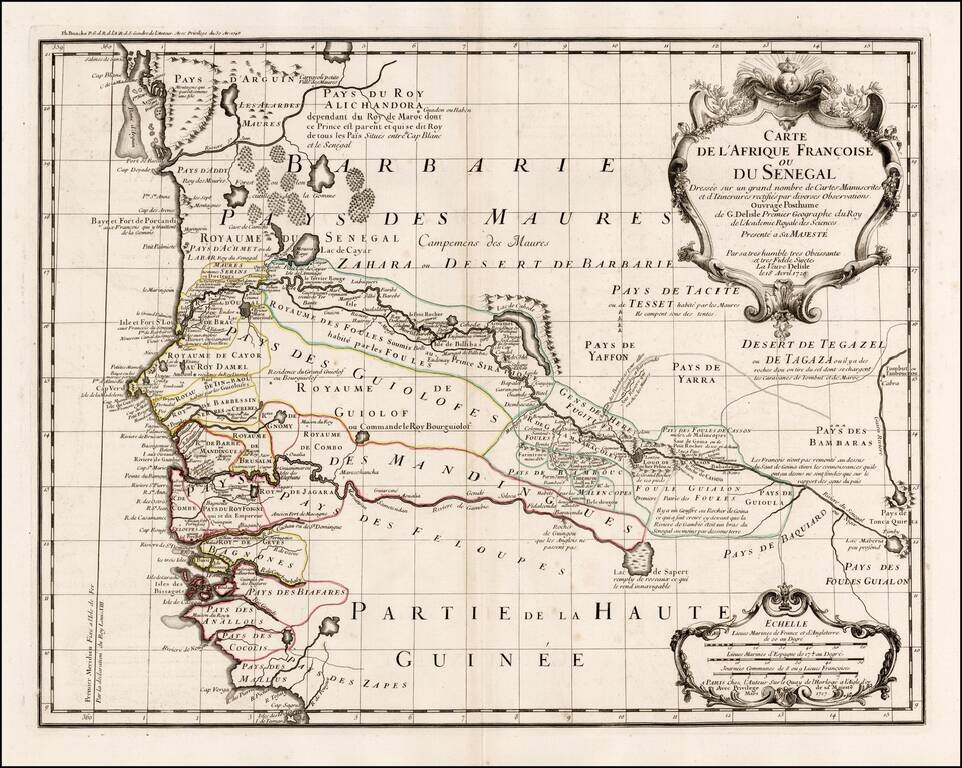 Fine example of Philppe Buache's edition of De L'Isle's highly detailed map of part of the West Coast of Africa, from Cap Blanc to the Pays des Mallus, centered on the Gambia River and Senegal River. Extraordinary detail along the two rivers, tracking... 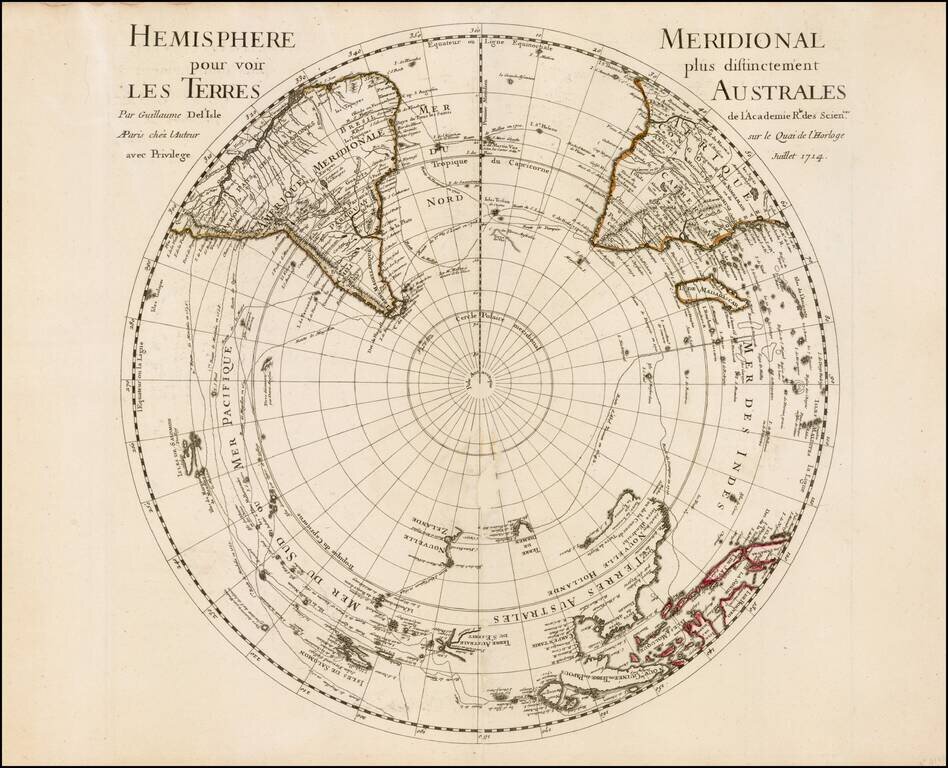