1929. A Cartograph of Southern California showing how the Land of Sunshine has become so air-minded that everybody flies hither and yon and yon and hither . . .

A Cartograph of Southern California showing how the Land of Sunshine has become so air-minded that everybody flies hither and yon and yon and hither . . . information: 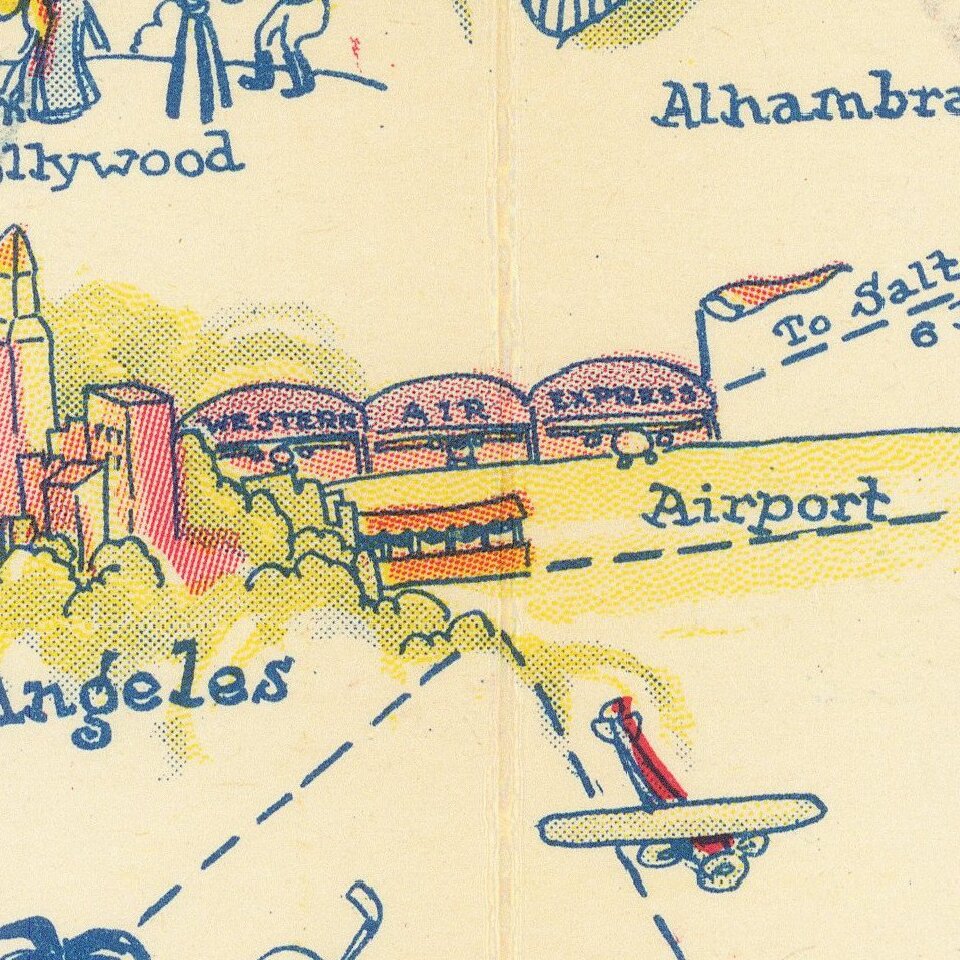 Above Beverly Hills, a reference to "Doug and Mary" refers to Douglas Fairbanks Jr. and Mary Pickford.

Ruth Taylor White is one of the best known pictorial mapmakers of the period. Her work includes Our Gay Geography and numerous interesting maps of California and Hawaii.

This is among her rarest works.