1776. A Chart of Delaware Bay and River, Containing a full & exact description of the Shores, Creeks, Harbours, Soundings, Shoals, Sands and Bearings of the most considerable Land Marks, from the Capes to Philadelphia. Taken from the Original Chart Published a

A Chart of Delaware Bay and River, Containing a full & exact description of the Shores, Creeks, Harbours, Soundings, Shoals, Sands and Bearings of the most considerable Land Marks, from the Capes to Philadelphia. Taken from the Original Chart Published a information: 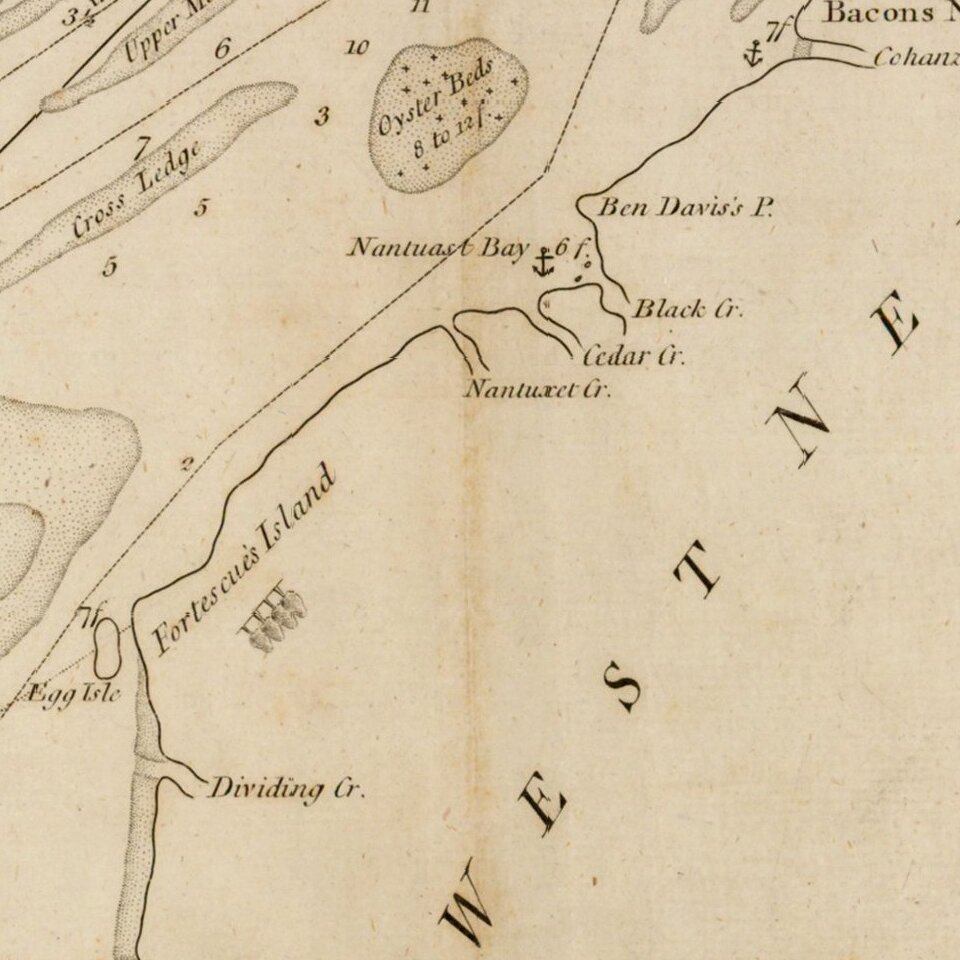 Fine example of William Faden's important early chart of the Delaware River, prepared on the eve of the American Revolutionary War.

Fadens chart is the earliest obtainable derivative of Joshua Fisher's virtually unobtainable map, which has been referred to as the "most important Philadelphia-vicinity plan" -- Snyder.

In 1756, Joshua Fisher published in Philadelphia his Chart of Delaware Bay from the Sea-Coast to Reedy-Island. The chart, published during the French & Indian War, was immediately suppressed by the Assembly, fearing that its falling into enemy hands would make Philadelphia a target of the French navy. Before being ordered to stop selling the map, Fisher had in fact distributed a few copies, writing to Richard Peters in March 1756, "some few have been delivered, before notice, as also some few sent to England." Apparently, one of the latter (or perhaps an equally rare Philadelphia second edition of circa 1775) would eventually find its way to William Faden, who would re-engrave the map and issue it in March 1776 on the eve of the Revolution.

The map is oriented to the west so that Philadelphia lies at the far right, and Cape Henlopen at the far left. Navigational information is copious in the bay, and the main shipping lane is indicated to Philadelphia, with depths indicated along it. A list of Pilots and Masters of Vessels attesting to the accuracy of the chart are included.

Faden's edition of the map is earliest of the full size English editions of the chart, the Philadelphia edition being unobtainable to most collectors. Later editions would be issued by Dury and Sayer & Bennett.