1728. A Chart of the Great Western Ocean with the Coast of Europe, Africa & America . . . Done according to Mercator or Mr. Wright's Projection

A Chart of the Great Western Ocean with the Coast of Europe, Africa & America . . . Done according to Mercator or Mr. Wright's Projection information: 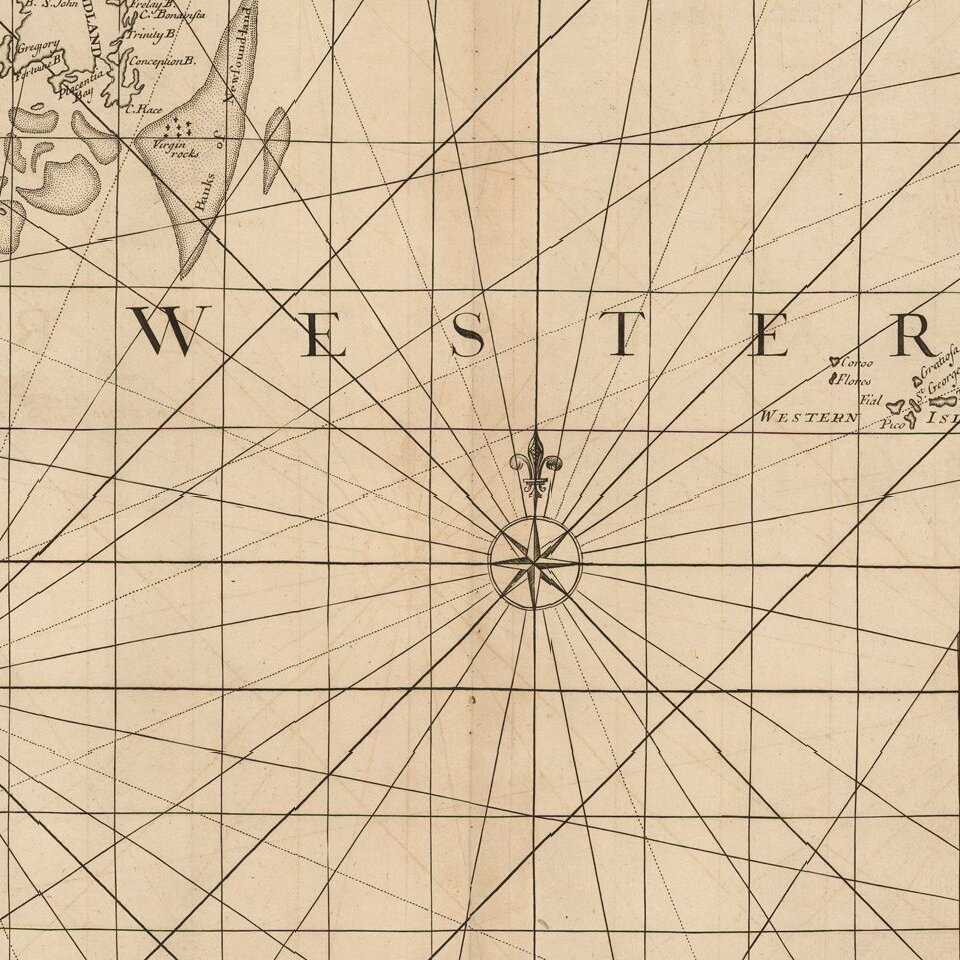 Fine Chart of the Atlantic from an Influential Atlas

Scarce sea chart of the Atlantic Ocean from the important Atlas Maritimus et Commercialis, published in London in 1727.

The map provides a detailed treatment of the East Coast of North America, during its early colonial period. The depiction of Florida and the Florida Keys is especially fascinating. It also shows the western coasts of Europe and North Africa,