1728. A Draught of the Bristol Channel from the Holmes to King Road, including the River Avon. Taken from Capt. Holliday's Survey of the Said River ketp in ye. Merchants Hall at Bristol.

A Draught of the Bristol Channel from the Holmes to King Road, including the River Avon. Taken from Capt. Holliday's Survey of the Said River ketp in ye. Merchants Hall at Bristol. information: 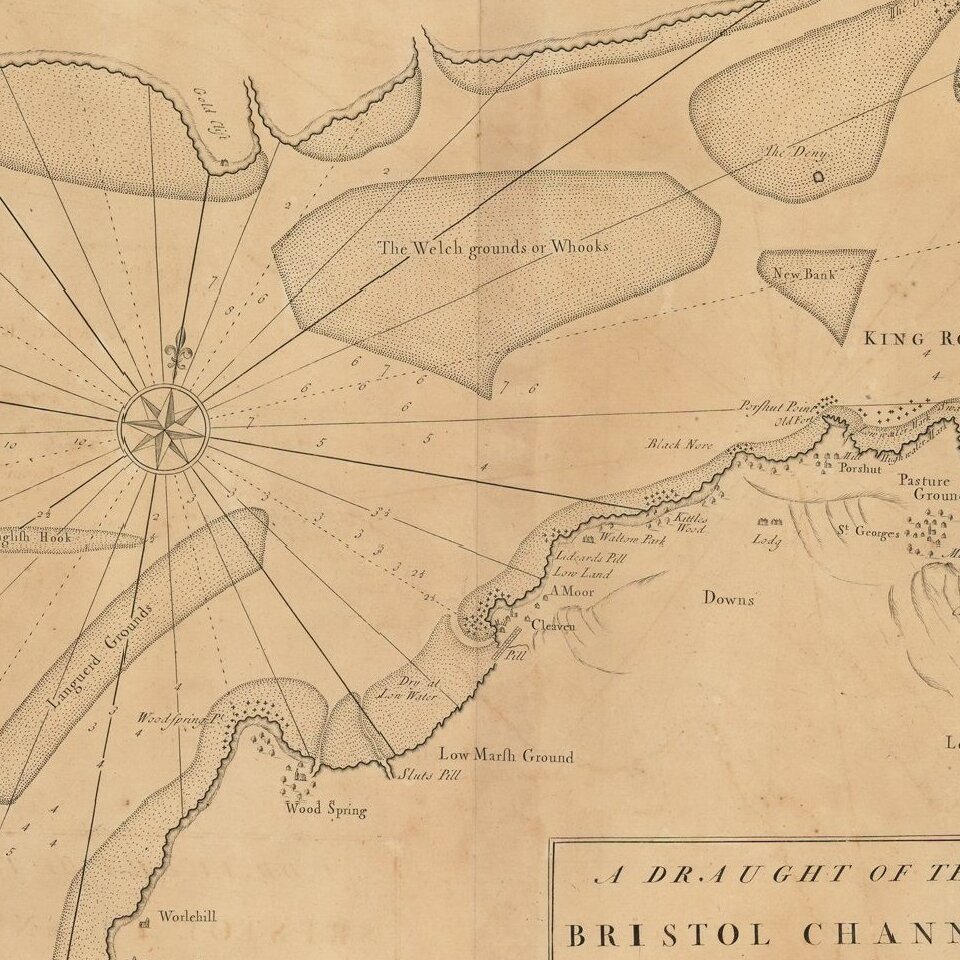 Scarce Sea Chart of the Bristol Channel from an Influential Atlas

A fascinating detailed chart of the approaches to Bristol. The Somerset shore is detailed from "Brint"(Brean) to north of the mouth of the Avon. The town of "Weston Supermare" is also displayed along with "Cleaven" (Clevedon) and "Porshut" (Portishead). The Welsh coast is depicted including "Peterston" near Cardiff and Newport.

There is a large amount of detail leading up the Avon River to Bristol. One particular note records "Here K. W. landed 1690." Bristol itself is laid out although there is little development south of the river, with most of modern day Bedminster recorded as "Meadow ground."'.

Captain Holilday is Anselm Halladay or Holliday, a merchant captain who sailed out of Bristol. He would meet his early end in 1729, where he was killed aboard his ship off the coast of Africa by captive slaves, enroute to market.