1667. A General Mapp of the East Indies Comprehending the Estats or Kingdoms of the Great Mogol, the Kingdoms & Estats of Decan, Golconde, Bisnagar, Malabar & in the Peninsula of India with out the Ganges. & the Kingdoms Isles Pegu, Sian, Malacca, Cochinchina

A General Mapp of the East Indies Comprehending the Estats or Kingdoms of the Great Mogol, the Kingdoms & Estats of Decan, Golconde, Bisnagar, Malabar & in the Peninsula of India with out the Ganges. & the Kingdoms Isles Pegu, Sian, Malacca, Cochinchina information: 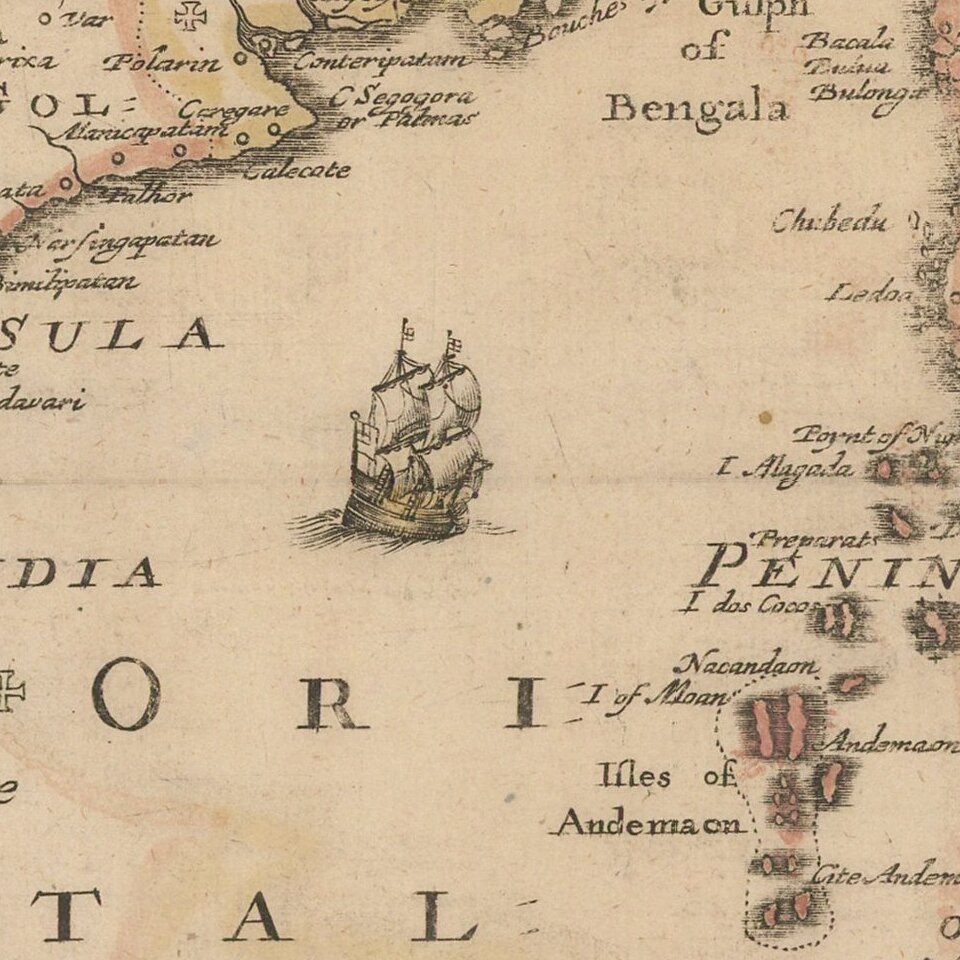 Old color example of the first state of Richard Blome's scarce map of India and Southeast Asia, the earliest folio sized map of the region to be engraved in England.

While Speed's atlas was published prior to Blome, Speed's plates were engraved and printed in Amsterdam, while Blome's atlas was a wholly British production.

The map demonstrates the naïve engraving style characteristic of 17th Century English engravers, and features an elaborate heraldic cartouche, and a dedication to the Governor Deputy and Court Committees of the Company Merchants, trading into the East Indies.

Several sailing ships and sea monsters. Blome's maps, because of their rarity and importance in the history of English Cartography, are essential items for regional collectors. Blome first began engraving maps for his Geographical Description Of The Four Parts Of The World in 1667. The completed volume was in small folio, and contained 24 maps (plus one duplicated), engraved by Francis Lamb (who engraved this map), Thomas Burnford and Wenceslas Hollar.

Blome's principal handicap in the production of the atlas was the lack of a domestic mapmaking environment comparable with that in Europe. Also, to finance his work, he undertook subscribers, in exchange for a promise to add their coat of arms, to certain maps. In later editions, if the renewal fee was not paid, Blome added a different subscriber's coat of arms, leading to multiple images on various editions of the same map.