1702. A Generall Chart from England to Cape Bona Espranca With the Coast of Brasile Sold by Willm. Mount and Thos. Page on Tower Hill London.

A Generall Chart from England to Cape Bona Espranca With the Coast of Brasile Sold by Willm. Mount and Thos. Page on Tower Hill London. information: 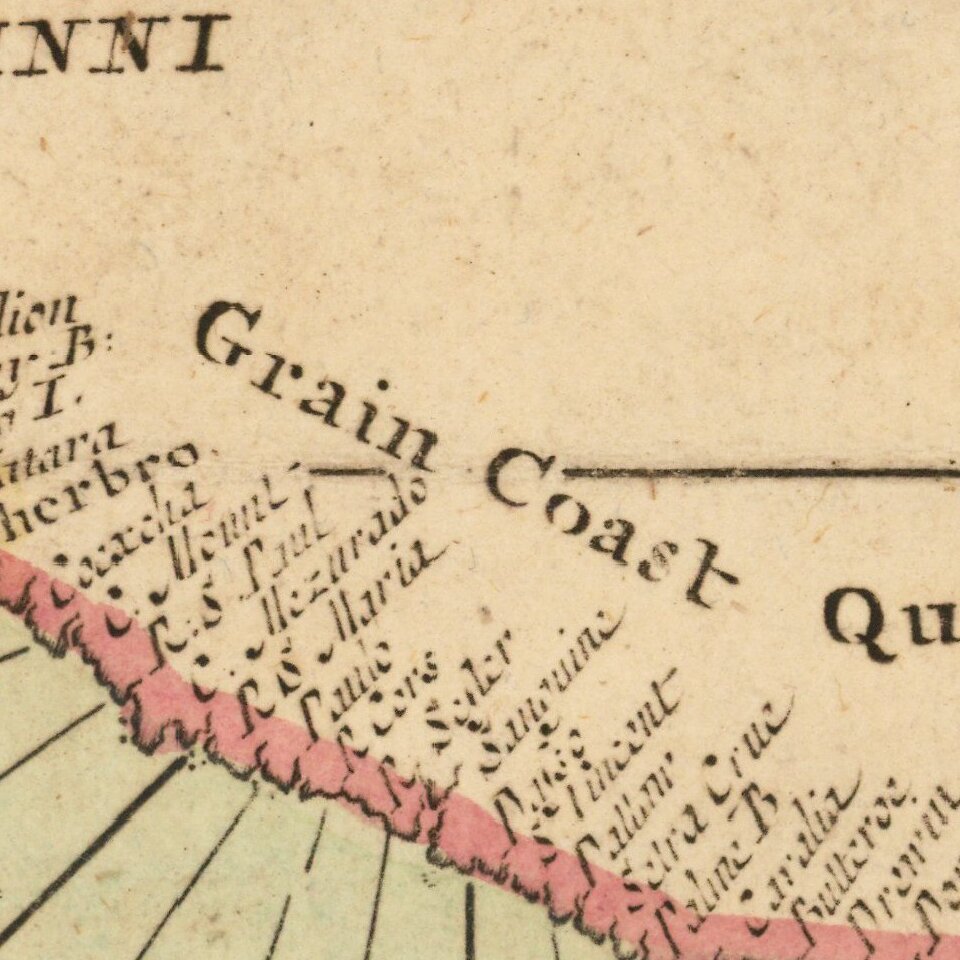 The general map from Thornton's English Pilot The Third Book, concentrating on oriental navigation, showing the first half of the route to the Far East. The chart also shows the Atlantic west to Newfoundland and Brazil.

Engraved in the style of Portolan Charts, with a singular interest in coastal features, most notably the area west of the coast of Africa marked with lines leaded E and A, which demarcates the area where the winds were safest for navigation, known as the Waage Weg.

The Waage Weg is intended to illustrate the best navigable route through the area known as the Doldrums, north of the Equator. The system was referred to as Karrepad or Wagenweg. The following explanation of the Waage Weg annotation was provided by Hans Kok.

The letters A through G derive from the Sailing instructions in use by the Dutch East Indian Company (VOC) and were used on most Dutch sea charts and sometimes also taken up by foreign charts. The marks were primarily used on an official basis after 1741 officially, but some earlier charts attempt to utlize this system of navigation near the equator.

The system is called the Karrepad or Wagenweg in Dutch, translating into Waggonpath or Waggon trail The name originates from a horse-drawn waggon, where the wheels cut two parallel tracks in the road The idea was that all ships should transit the doldrum/equator area within these tracks in order to avoid long delays which might otherwise occur outside of the "Waage Weg". This area is now called the intertropical convergence zone. The Karrepad starts at 11° 30 North and runs to the equator, sometimes it starts at 12° 00 North.

The area around the equator is heated most by the sun, causing hot air to rise up to the tropopause (c.40.000 feet), where it spreads out and comes down again around the tropics of Cancer and Capricorn. The descending air spreads out at the earth surface, pushing to the north and south. The air masses going towards the equator meet there, come to a standstill and rise again when heated up. As a result the colliding air masses cause large areas of calm winds, known as the doldrums. In this area the sailing ships may have no useful winds for weeks and will thus be subject to currents in the ocean that will transport them west (when west of the Karrepad) or east (when east of the Karrepad) as these are the prevailing currents there.

The chart is scarce on the market. This is the first example we have offered for sale.