A Map of the Discoveries made by Captn.s Cook & Clerke in the Years 1778 & 1779 between the Eastern Coast of Asia and the Western Coast of North America . . . . Also Mr. Hearn's discoveries to the North westward of Hudson's Bay, in 1772. information: 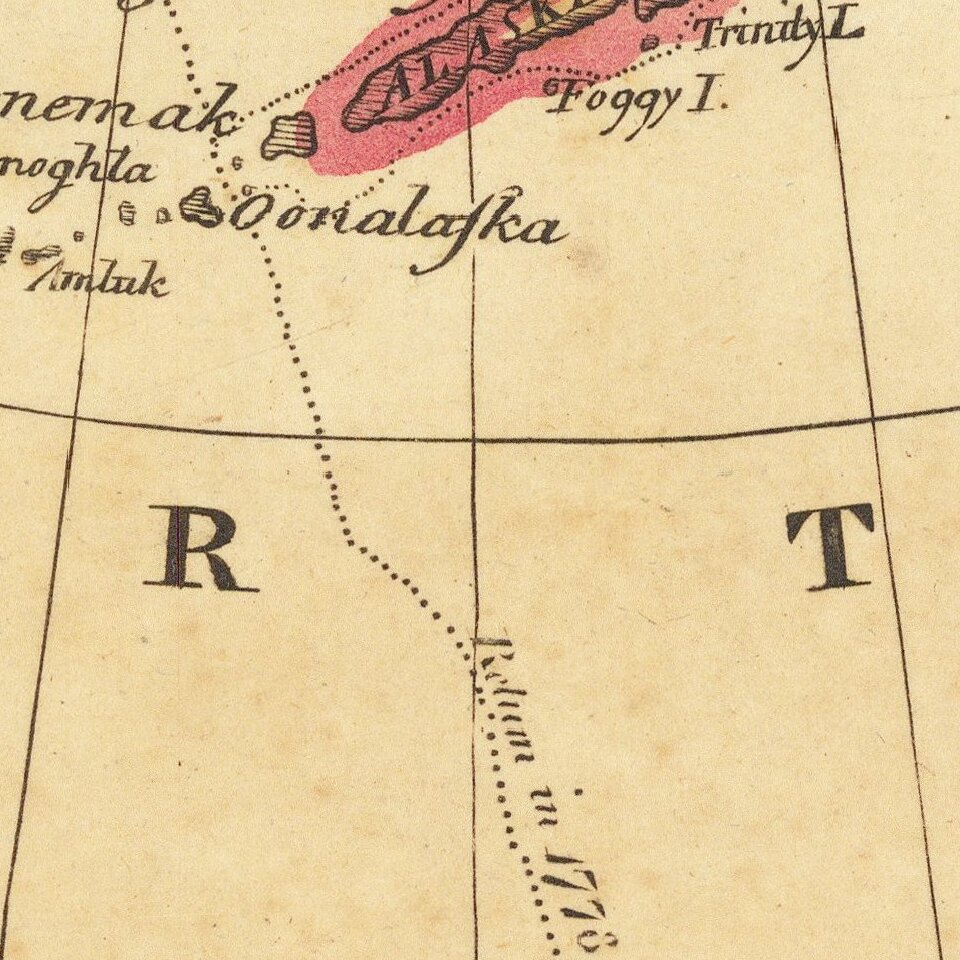 Outline color example of Carey's map of Cook's Discoveries in the Pacific and Hearn's discoveries west of the Hudson, in search of the Arctic Sea.

This is one of the earliest appearances of a Cook map to be published in America.

Cook's route in each of the years is shown, as is Hearn's trek to the Arctic Sea.