1735. A Map of the East-Indies and the adjacent Countries; with the Settlements; Factories and Territories, explaning what belongs to England, Spain, France, Holland, Denmark, Portugal &c. with many Remarks not extant in any other Map By

A Map of the East-Indies and the adjacent Countries; with the Settlements; Factories and Territories, explaning what belongs to England, Spain, France, Holland, Denmark, Portugal &c. with many Remarks not extant in any other Map By information: 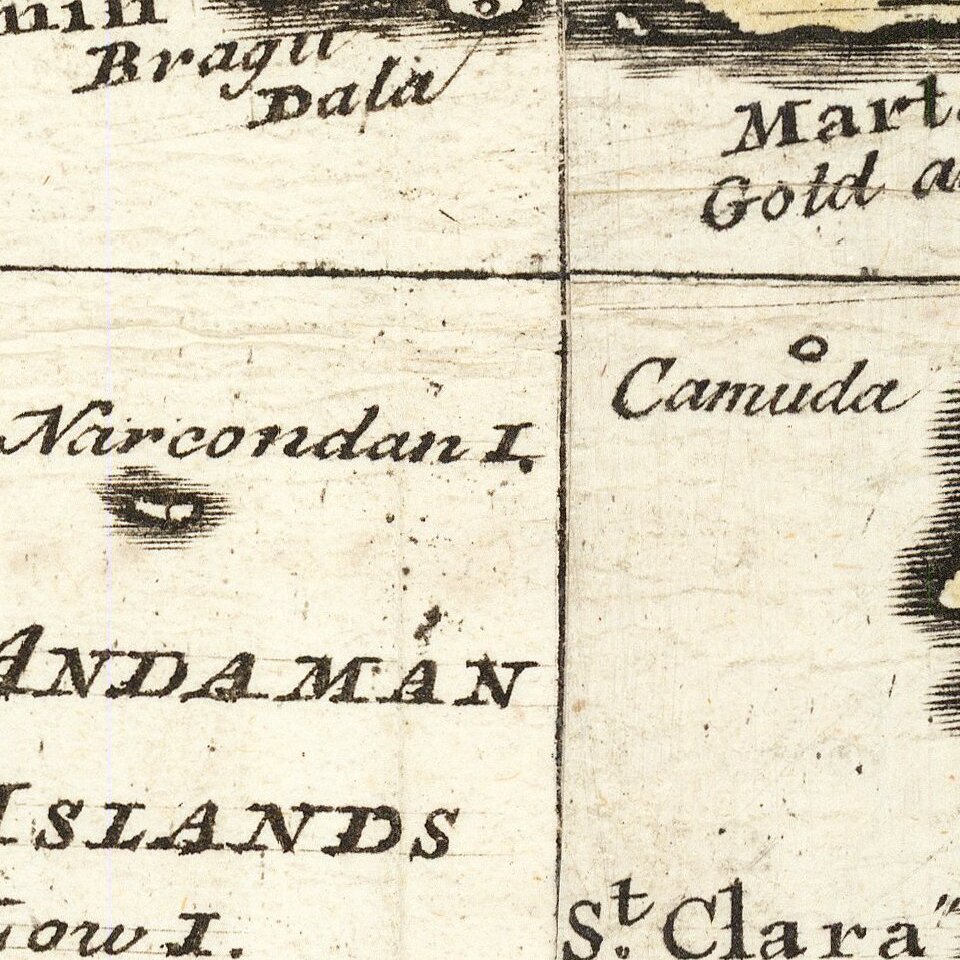 Proof State of the Grierson Map of Southeast Asia.

Very rare, circa 1735 pirated edition of Herman Moll's map of the same title, published by George Grierson in Dublin

This is the first large scale map of Southeast Asia published in Ireland.

The present map depicts the East Indies from the Persian border to New Guinea and the southern part of Japan, including India, Ceylon, Southeast Asia, most of China, present Indonesia, the Philippines, etc. It is augmented by insets featuring a plan of Bantam (a major port in Dutch-controlled Java); a view of Goa (the principal Portuguese base in India); a view of Surat (an English trading post in India); a plan of Madras, India (a major English base); as well as a plan of Batavia (the capital of the Dutch East Indies, today known as Jakarta). Richly annotated, the map illustrates the extent of European influence and trade, at the height of colonial influence throughout this critical region.

... all of the maps in the Irish editions were completely re-engraved, even to the point of understandably having been rededicated to contemporary Irish notables. The Grierson atlas had new and/or changed cartouches, dedications, details, and comments. It also showed obvious erasers and additions, and some of the maps were updated.

The title of the map trails off into a large blank space in the cartouche box and above it there is a blank space where a Coat of Arms should otherwise have been. These exclusions suggest that the map was not fully complete when this example was printed.

Reinhartz, D, 'The Cartographer and the Literati - Herman Moll and his Intellectual Circle'