1743. A Map Of The King of Great Britains Dominions In Europe, Africa and North America

A Map Of The King of Great Britains Dominions In Europe, Africa and North America information: 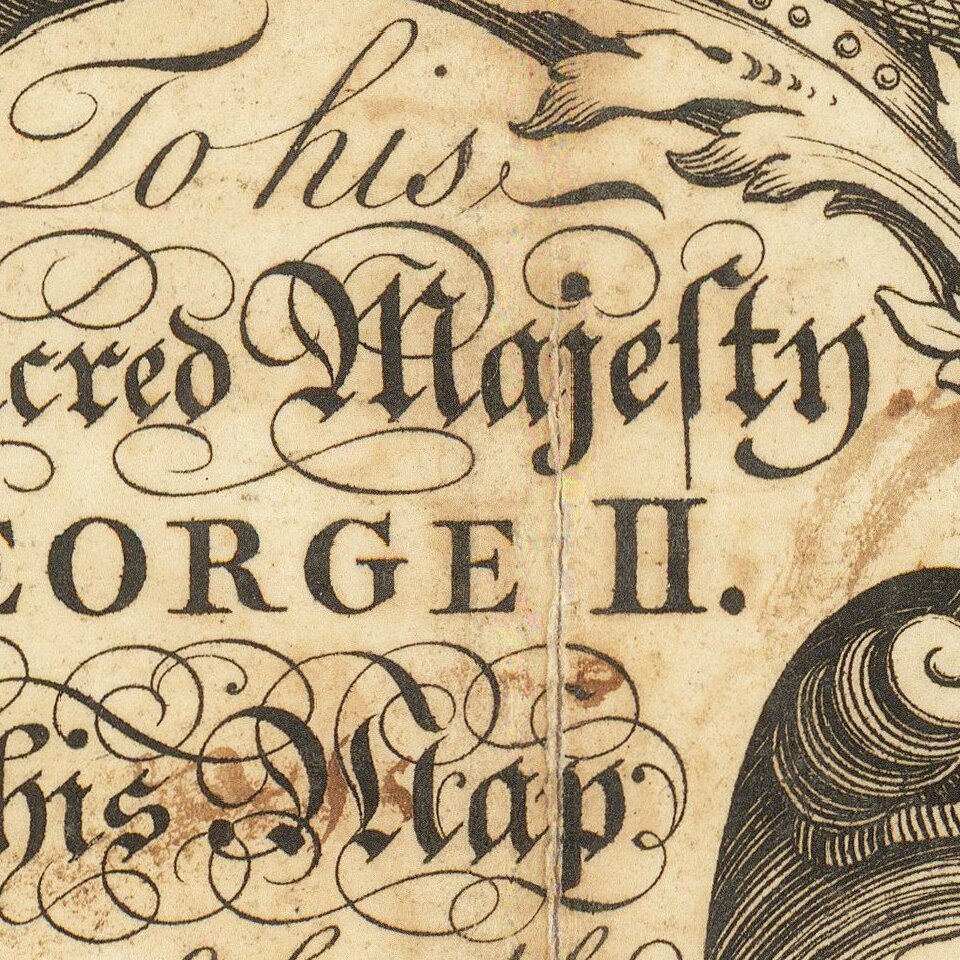 A rare map of the North Sea (Atlantic Ocean) from the Polar Circle to the Equator, showing much of North America, the Caribbean, and parts of Europe and Africa. The detail in the British Colonies in North America includes Carolina, Virginia, Maryland, Pennsylvania, New York and New England. The projection of Florida is very curious. Bermuda is shown. The Outer Hebrides are labeled the "Western I". The various British Family Dukedoms in Europe are noted, as are certain strategic places on the Gold Coast in Africa and elsewhere. West Africa and Guiana are attributed to George II in large part, though royal claims to these territories had not yet been fully cemented.

This map was published in Bickham's The British Monarchy. While the title page of the book dates the work to 1743, this was published as a part-work and not finished until 1754. The dating of this map comes from the General Advertiser advertising the publication of Part II of this work in 1749. This advertisement mentions the map in question. A 1743 advertisement, which appeared in the Westminster Journal, publicized that the whole work would take a little over two years suggesting that there must have already been significant delays to publication.

The British Monarchy was a comprehensive text about the Empire as it stood at that time. The text covered everything from the salaries of officials, Navy lists, to, of course, the King's property at home and abroad. Several maps were included in this work, including a detail of the counties of England and Wales as they stood at the time and the work presently being discussed.

The map is interesting in how it portrays the territories it shows. Instead of attributing them to Great Britain, Bickham attributes the territories to George II, perhaps in an overly blarneying manner. This is particularly notable in the northern Holy Roman Empire. Origins of the House of Hanover, of which George II was heir, this would not be considered territory under the control of Britain but are shown as property of the King. In this, and the rest of the map, Bickham makes a statement of this entity (the King) being the true controller of overseas territory in his language and representation. This view of the King as the center of colonial power would fade soon: the principle of Company Rule (established in 1757) was inherently more democratic and its control by Parliament, established through the act of 1773, showed that the dominions were as much the property of the British people as of the Hanovarian ruler. This royal control would further diminish with the American Revolution.

The cartouche in this example is intricately detailed. It is dedicated, in ornate letters, to George II and placed suggestively in the middle of the Atlantic. The map distinguishes between properties of the king and other lands by varying the font.

The title contains text apologizing for the small scale on which this map was printed. Bickham notes that he regrets that the King's dominions in Asia were omitted, but that this would have further reduced the scale of the map. Bickham defends his choice of projection and where he decided to place the Prime Meridian. The text includes a decorative emblem and is signed GB.

Various sources date this map to dates ranging from 1740 to 1752 though we believe that our date sourced from the General Advertiser is accurate.