1793. A Map of The Western Part of the Territories belonging to the United States of America. . . .

A Map of The Western Part of the Territories belonging to the United States of America. . . . information: 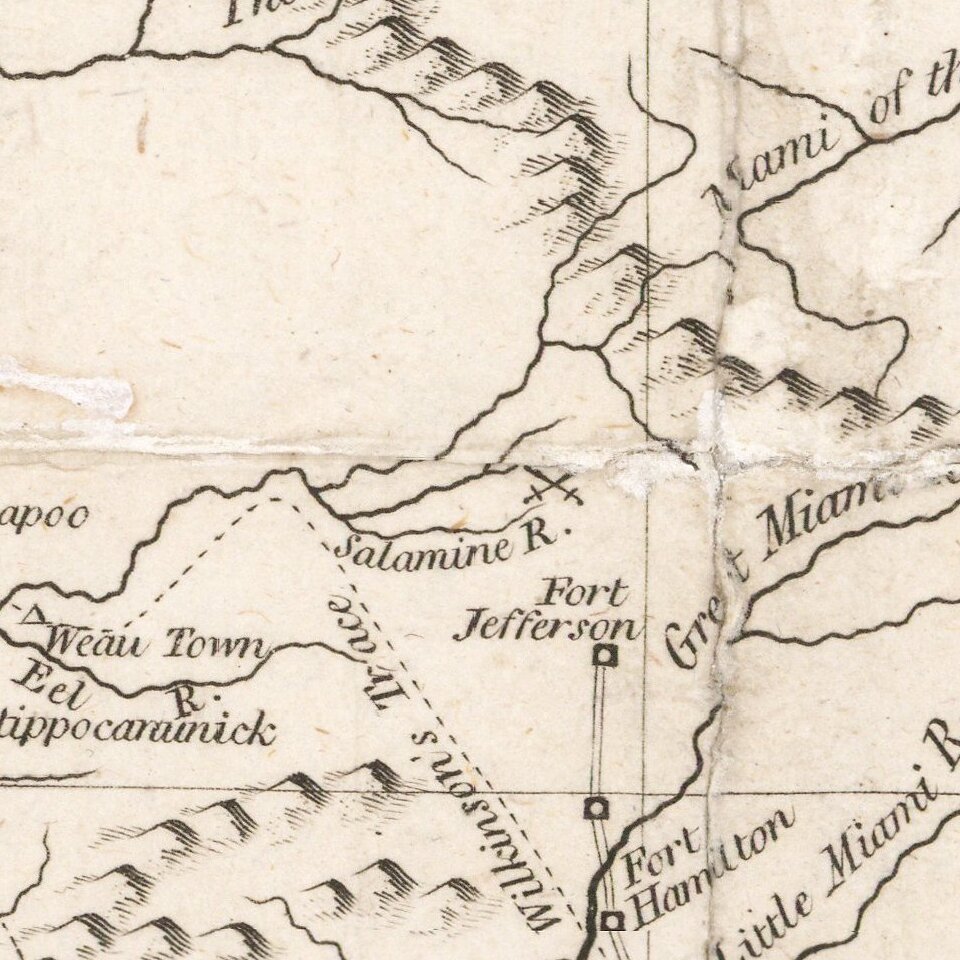 Nice example of this scarce regional map of the United States, which appeared in A Topographical Description of the Western Territory of North America ... by Gilbert Imlay.

The map covers the region from the Great Lakes through Georgia and from the Mid-Atlantic past the Mississippi River. The map shows early roads, settlements, forts, Indian villages with particular emphasis on the western frontiers in Kentucky and Ohio. The battle sites and raids against the United Tribes in 1791 are depicted, immediately prior to the Treaty of Grenville. The map also notes Holston and Cumberland in what would become Tennessee, along with the early settlements on the Ohio River in what would become Ohio.

The routes of Wilkinson and Scots are shown through the Lower Weau Town, Kickapoo, Weau Town and Kathtippocaminick Indian Villages. Several important early roads are shown, including one extending to St. Louis, on the Mississippi River. The Military Grants near New Madrid area also shown. The Chicago River is named, but Chicago does not appear as a settlement.

Gilbert Imlay, an army officer during the Revolutionary War, emigrated to Kentucky where he worked as a deputy surveyor under George May, at Louisville. Subsequently he went to Europe where he wrote of his experiences on the then-frontier. His book, published by J. Debrett, was illustrated with this and three other great early maps, all of which are scarce.