1794. A New and Accurate Chart of the Bay of Chesapeak Including Delaware Bay With all the Shoals, Channels, Islands, Entrances, Soundings, & Sailing marks as far as the Navigable Part of The Rivers Patomack Patapsco & N. East. . . .

A New and Accurate Chart of the Bay of Chesapeak Including Delaware Bay With all the Shoals, Channels, Islands, Entrances, Soundings, & Sailing marks as far as the Navigable Part of The Rivers Patomack Patapsco & N. East. . . . information: 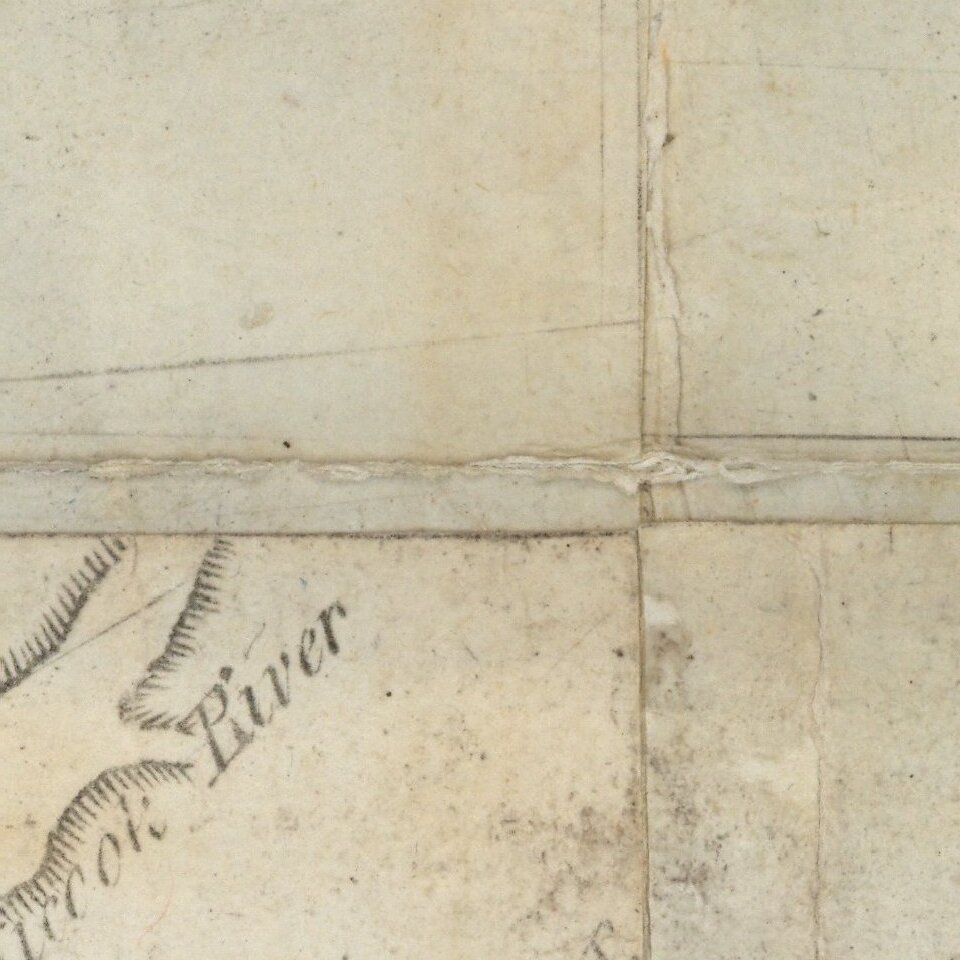 Fine large chart of the coastline from New Jersey south to Cape Henry, Virginia, published by William Norman in Boston.

The chart includes a detailed treatment of the Chesapeake and Delaware Bays, including the coastal geography, shoals, many hundreds of depth soundings, and in places information about the composition of the seabed. Includes dozens of placenames, including both towns and hundreds of plantations along the James, York, Rappahannock and Potomac Rivers.

The map is also a fine compendium of sailing directions and information useful to Mariners.

In 1791 John Norman of Boston first published The American Pilot, containing the navigation of the sea coast of North America.... Norman's Pilot was the second sea atlas published in America, the first being by William Clark, published in 1789-1790. (Norman also had a part in Clark's "Pilot," as he was the engraver for a majority of the charts. In 1794, William Norman appeared as the publisher of this Pilot, taking over from John.

It is assumed that this chart likely first appeared in the 1794 edition, as it is the first time that William's name appears. This map was offered both as part of the "Pilot," as well as being sold separately. According to Wheat & Brun, there are two editions. The differences being a misspelling (or more likely a mistake in the engraving) in the lower title where credit is given to Anthony Smith. In the first state the spelling is "Mapys"; in the second state it is corrected to read "Marys."

Cartographically speaking, the William Hoxton chart of 1735 is the "mother" map for the Anthony Smith chart. Smith was a Chesapeake Bay pilot who was based out of Saint Mary's which is located near the mouth of the Potomac River in Maryland. Often pilots had the best firsthand knowledge of the areas in which they worked. It is likely that Smith had a copy of Hoxton's chart to which he added his own firsthand knowledge of the area. Sayer & Bennett first issued this new chart, known as the Anthony Smith chart, in 1776 in London. Link here for an example of the Smith chart which we sold in 2018: /gallery/detail/0033dg

Sayer & Bennett also used cartographic information from the important Fry & Jefferson map for their "updated" version. Various issues of the Sayer & Bennett chart appeared until 1794. It was also re-engraved and issued by the French, namely, George Louis Le Rouge and Gabriel Sartine. Offered here is the American version by William Norman. The Norman differs greatly from the English and French editions and possibly should be considered a new chart. First, it is oriented vertically rather than horizontally as is found in all the other editions. Secondly, the inset map of Herring Bay, found on the Hoxton chart and all the English and French derivatives has been removed. Added is the Delaware Bay with the City of Philadelphia. This additional chart was based on the cartography of Joshua Fisher, another major 18th-century American mapmaker.

In the Atlantic Ocean, soundings are given from an area just south of Cape Henry in Virginia northward to the Shark River in the central part of New Jersey. These soundings duplicate those found on both the English Smith and Fisher charts but also have additional soundings and names for small barrier islands that not found on either. In the center of this chart is a "Certificate" from Osgood Carlton, a noted Boston surveyor, cartographer and teacher of the time. He states that "I have carefully compared this CHART with the Originals and find it an Accurate Copy,..." Printed "observations" and "directions" for mariners abound on this chart, for both the Chesapeake and Delaware Bays. Also shown is the new Federal City of Washington and President Washington's house, which is shown as a small house overlooking the Potomac.

This and all of Norman's charts are extremely rare today. Very few examples of the Pilot are known to exist and many of those are incomplete.

This is a second edition with the correction in the lower title.