1777. A New and Correct Map of North America, with the West India Islands, Divided according to the last Treaty of Peace, Concluded at Paris, 10th Feby. 1763, wherein are particularly Distinguished, The Several Provinces and Colonies which Compose The British

A New and Correct Map of North America, with the West India Islands, Divided according to the last Treaty of Peace, Concluded at Paris, 10th Feby. 1763, wherein are particularly Distinguished, The Several Provinces and Colonies which Compose The British information: 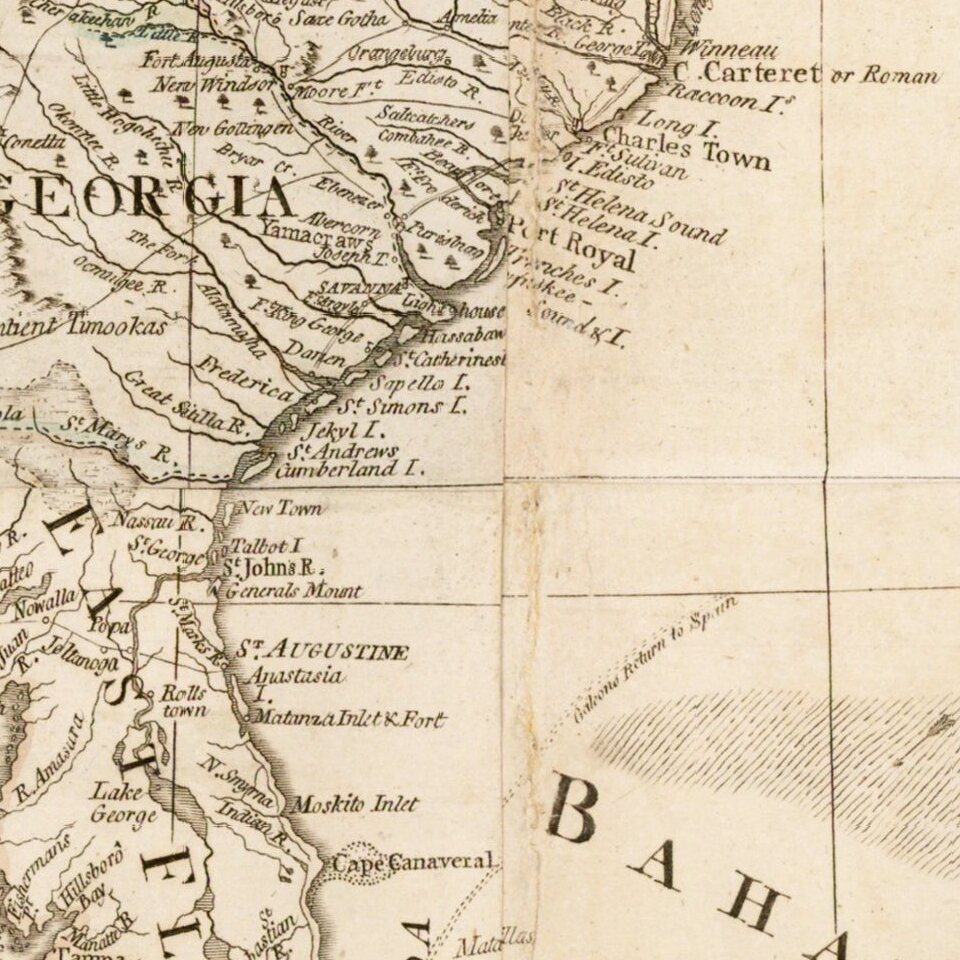 First "Pownall" edition of this influential wall map of North America, issued shortly after the commencement of the Revolutionary War in 1777, and including the revisions compiled by Governor George Pownall. Originally issued separately by Bowen & Gibson in 1755, this map was periodically updated following the conclusion of the French and Indian War and the American Revolution. Beginning in 1775 it was bound into some of the most influential American Atlases of the era, including those issued by Jefferys, Faden, and Sayer & Bennett. Artilce IV of the 1763 Definitive Treaty is engraved in the upper right corner of the map. Articles V, VI, VII, IX, XVII and XVIII are detailed off the eastern coast of North America, while the XXth Article appears in the Atlantic Ocean.

This 1777 edition of the map is the first to have been updated to include surveys compiled by Governor George Pownall, including information from Evans' and other indigenous sources. Included on the map is an inset of Hudson's Bay and an inset based upon Fra. Eusebio Kino's explorations to the mouth of the Colorado River.

The map is packed with Indian place names in the west, forts along the Mississippi and west of the Appalachians, and full compliment of annotations on early roads, explorations and other geographically specific facts. The title cartouche is very decorative and features three Indian figures, mammals, a bird and a reptile. A visually striking example of this four sheet wall map of North America, which is rarely found in such superb condition.