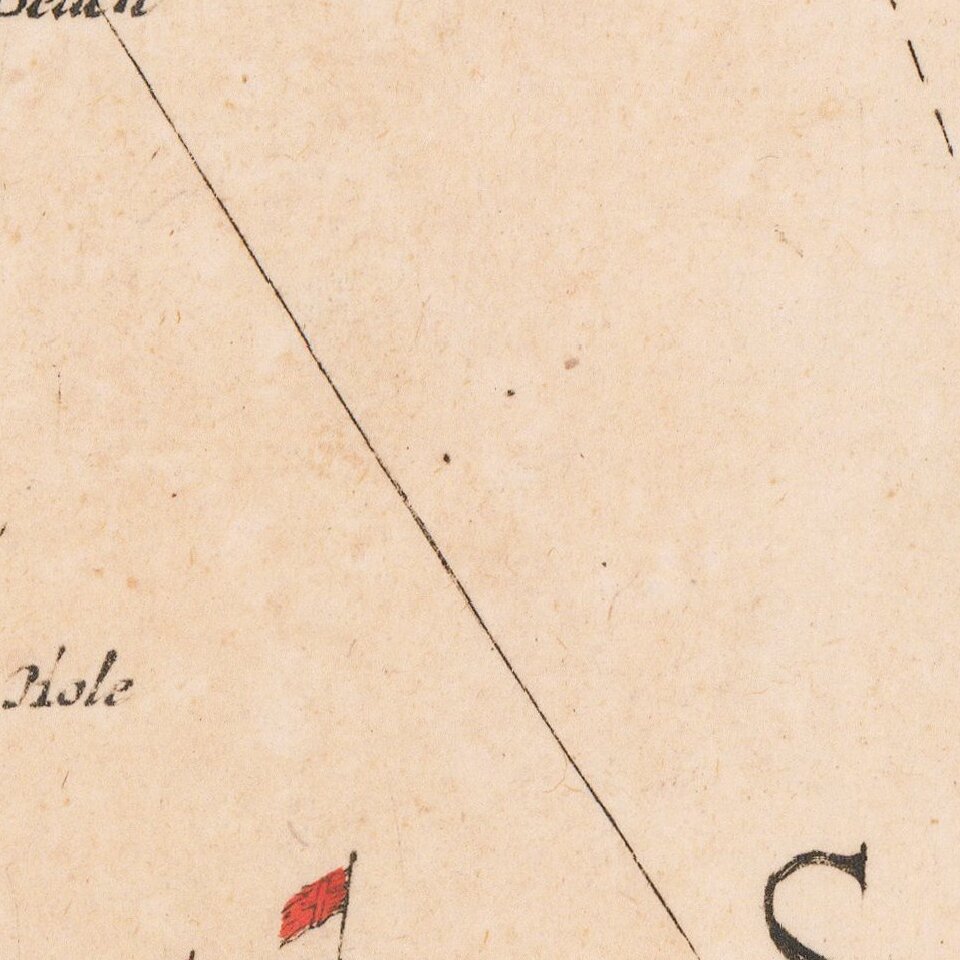 Offered here in the final state by George Willdey, the map is an exceptional original color example, by far the finest we have ever seen for this map.

Thornton, Morden & Lea's map is the first obtainable state of the finest general map of England's American colonies to date. The map is one of the earliest to include Augustine Herrman's cartography for Virginia and Maryland. To the North it includes one of the earliest depictions of the Pennsylvania colony (est. 1681), the first printed chart of New York Harbor, and significant additions to the cartography of New England.

To the ambitious person, the map would have presented an enticing vista: it displays a loose federation of colonies, between and beyond which there appears to be ample unclaimed land. It creates an image of an area comfortingly linked by civilization but still containing much open territory.

The geography of Virginia, Maryland, Pennsylvania and New Jersey derives from the Thornton-Greene Mapp of Virginia Mary=land, New Jarsey, New=York, & New England (ca 1678), whose depiction of the region is in turn based largely on Augustine Herrman's Virginia and Maryland (1673). The Thornton-Morden-Lea departs from these prototypes, however, in showing the new colony of Pennsylvania and incorporating changes to the course of the Delaware and place names along its banks.

New York and southern New England are drawn from the Thornton-Greene map, which in turn draws on John Seller's Mapp of New England (1676). Here as well Thornton, Morden and Lea have departed substantially from the prototypes: Long Island's barrier beaches are shown for the first time on a printed map and numerous place names are introduced along the Connecticut coast and on Cape Cod; the boundaries between Massachusetts, Plymouth and Connecticut colonies are drawn; and several roads are shown.

The inset of New York Harbor is also of great import, being the first separate printed chart of the area. Based on a 1683 survey conducted by Philip Wells for William Penn and the other proprietors of West New Jersey, it is far more accurate than earlier work. The inset shows particularly well the shoals that confine shipping to a single deep-water entrance around Sandy Hook.

Remarkably, the map was almost certainly originally issued as part of a 4-sheet wall map, of which only one example survives. As determined by McCorkle and Taliaferro:

The map is actually a separately-issued section of a multi-sheet wall map entitled A New Map of the English Empire in the Continent of America (1685). This ambitious project was a collaborative venture between three of London's leading map publishers, but it resulted in a map that was far too expensive to succeed. The Thornton-Morden-Lea wall map survives today only in one ... copy in the Bibliotheque National in Paris. But the map's publishers had anticipated that the wall map would be financially risky, so they included all of the English colonies except for Carolina on one sheet, and this sheet was designed to that it could be sold separately. It was given its own secondary title, A New Map of New England New York New Jarsey Pennsylvania Maryland and Virginia, which could be trimmed off when the sheet was used for the wall map. (Richard B. Arkway and Cohen & Taliaferro, Catalogue 62, item #8).

The present example is the final state of the map, bearing the imprints of George Willdey. The states are as follows:

The final state of the map would appear to be the rarest, with Burden noting only the examples in the Johns Hopkins, Maryland State Archives and New York Public Library.