1688. A New Map of New Jarsey and Pensilvania

A New Map of New Jarsey and Pensilvania information: 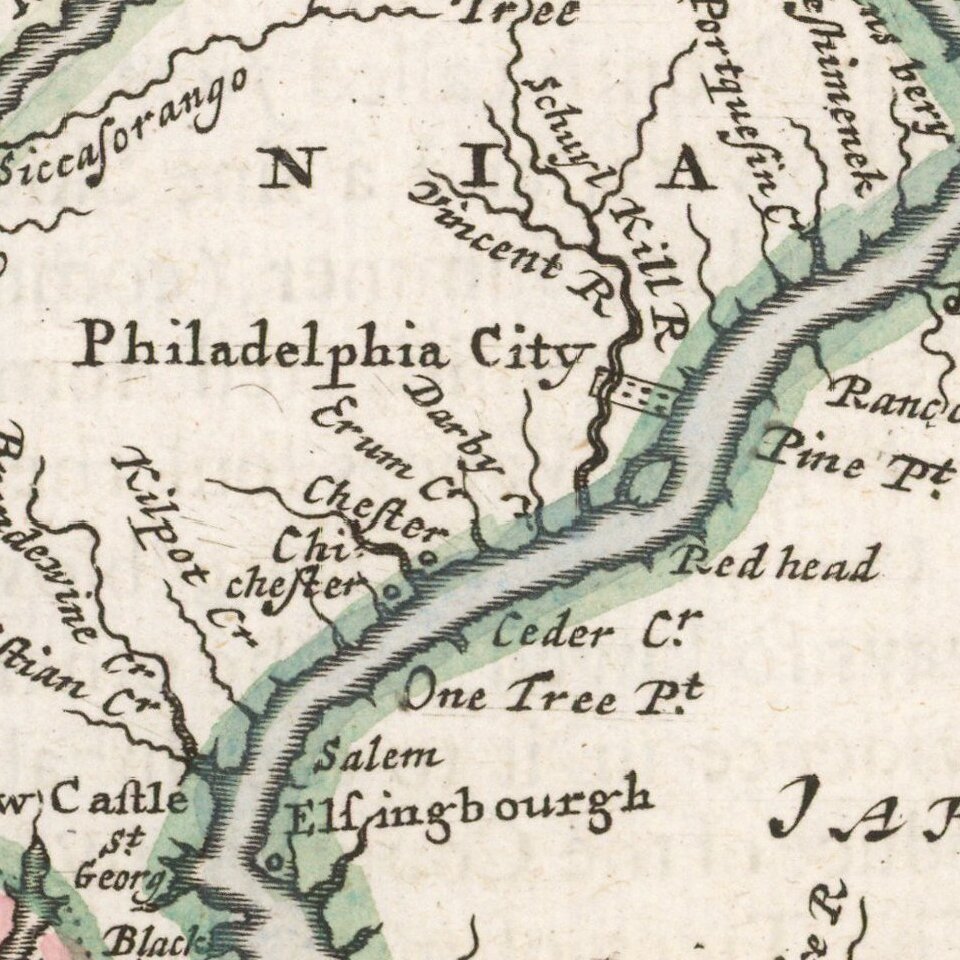 Beginning in the 1670s, the English fortunes in North America took a dramatic turn upward, resulting in a booming interest in the British American Colonies and, in turn, the issuance of maps to satisfy this interest. This map appeared in Modern's rare Atlas Terestris, published as early as 1688. While the Morden maps used in the Atlas Terestris were also issued in Morden's Geography Rectified a few years earlier, this is the first appearance of many of the American maps, which are either newly issued or revised for the atlas edition.

This map covers the region bounded by the Upper Chesapeake, New Jersey, the Hudson River, and Lake Erie, centered on Philadelphia City, the Delaware and Sasquahanna Rivers. East and West Jarsey are separately delineated and nearly 50 place names and rivers are identified. Cape Hinlopen, whose mislocation was responsible for the Penn-Baltimore boundary litigation which lasted nearly 75 years is shown, as is Baltimore County.

An interesting and highly detailed map, based upon contemporary maps by John Seller, John Thornton and larger maps by Morden & Berry. New Jarsey was first mapped alone in 1675.

The states can be identified as follows:

Not in Snyder. A significant map for collectors of the region.

Robert Morden (d. 1703) was a British map and globe maker. Little is known about his early life, although he was most likely apprenticed to Joseph Moxon. By 1671, Morden was working from the sign of the Atlas on Cornhill, the same address out of which Moxon had previously worked. Most famous for his English county maps, his geography texts, and his wall maps, Modern entered into many partnerships during his career, usually to finance larger publishing projects. 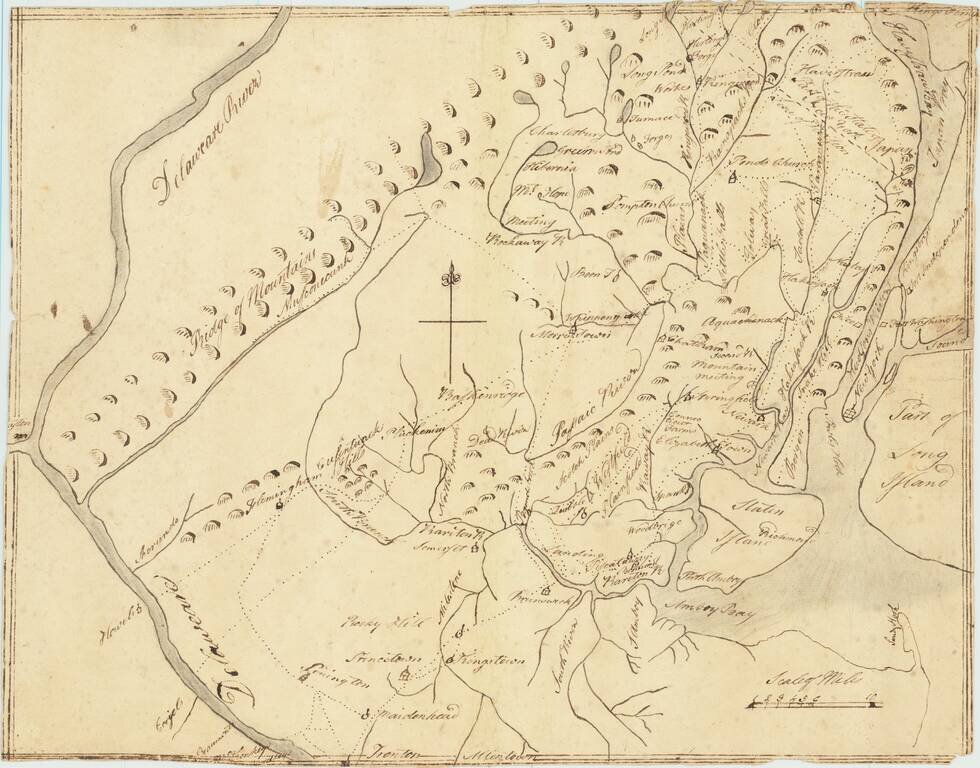 The Provinces of New York, and New Jersey; with part of Pensilvania, and the Governments of Trois Rivieres, and Montreal; Drawn by Capt. Holland. Engraved by Thomas Jefferys, Geographer to His Majest.