A New Map of North America From The Latest Authorities . . . 1811 information: 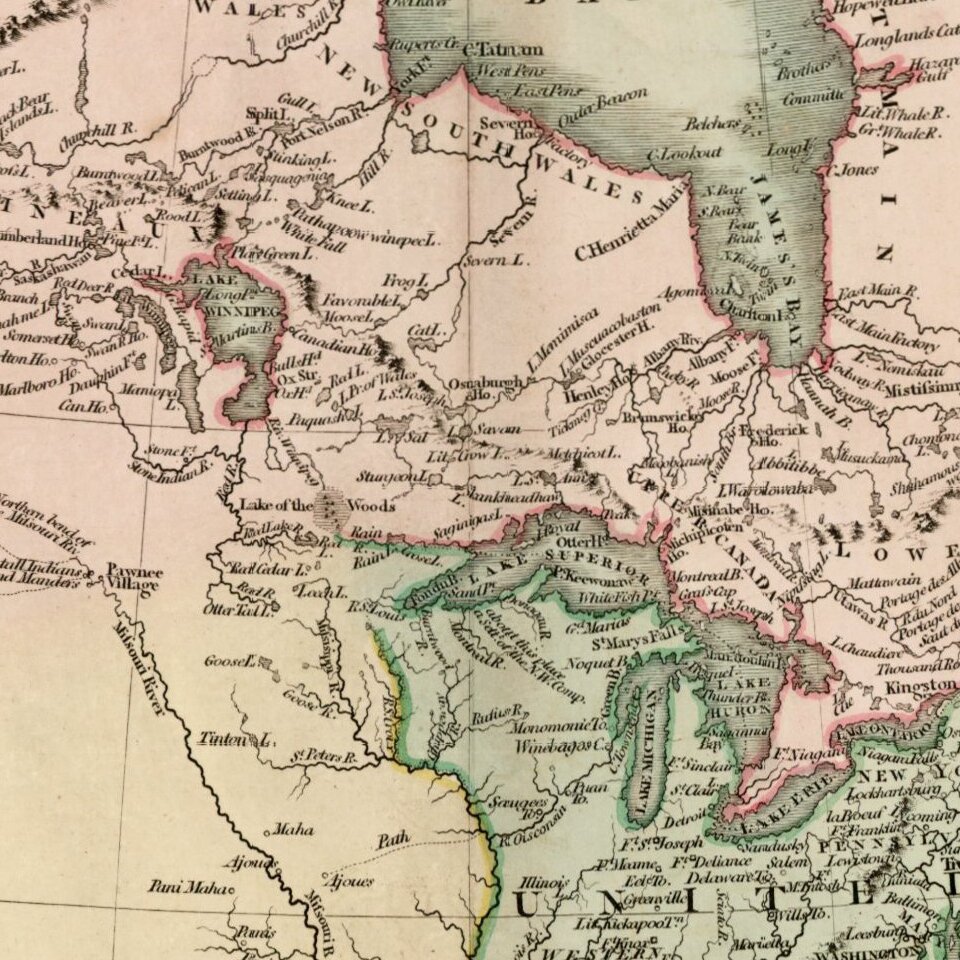 Fascinating map of North America, reflecting the knowledge of the American West on the eve of the publication of the first official account and map of Lewis & Clark's expedition from the Missouri River to the mouth of the Columbia River.

Excellent detail along the NW Coast of America. The treatment of California, Oregon and Utah, shows a marvelous picture of the relative void of reliable information in the interior parts of the West on the eve of the official reports of Humboldt, Pike, and Lewis & Clark. Classic depiction of Mexico and Upper California on the eve of Mexico's independence from Spain.

This is one of the more interesting pre-Lewis & Clark maps of the West, with some effort at the supposed course of the Missouri, above the Mandan Villages, with some other conjectural watershed east of Puget Sound, but largely left blank. One of the last commercial maps of the period not to provide exaggerated and unknown regions with bold (and inaccurate) claims. Fascinating northern coastline for Alaska and Canada along the Northwest Passage.