A New Map of the United States of America From The Latest Authorities . . . 1806 information: 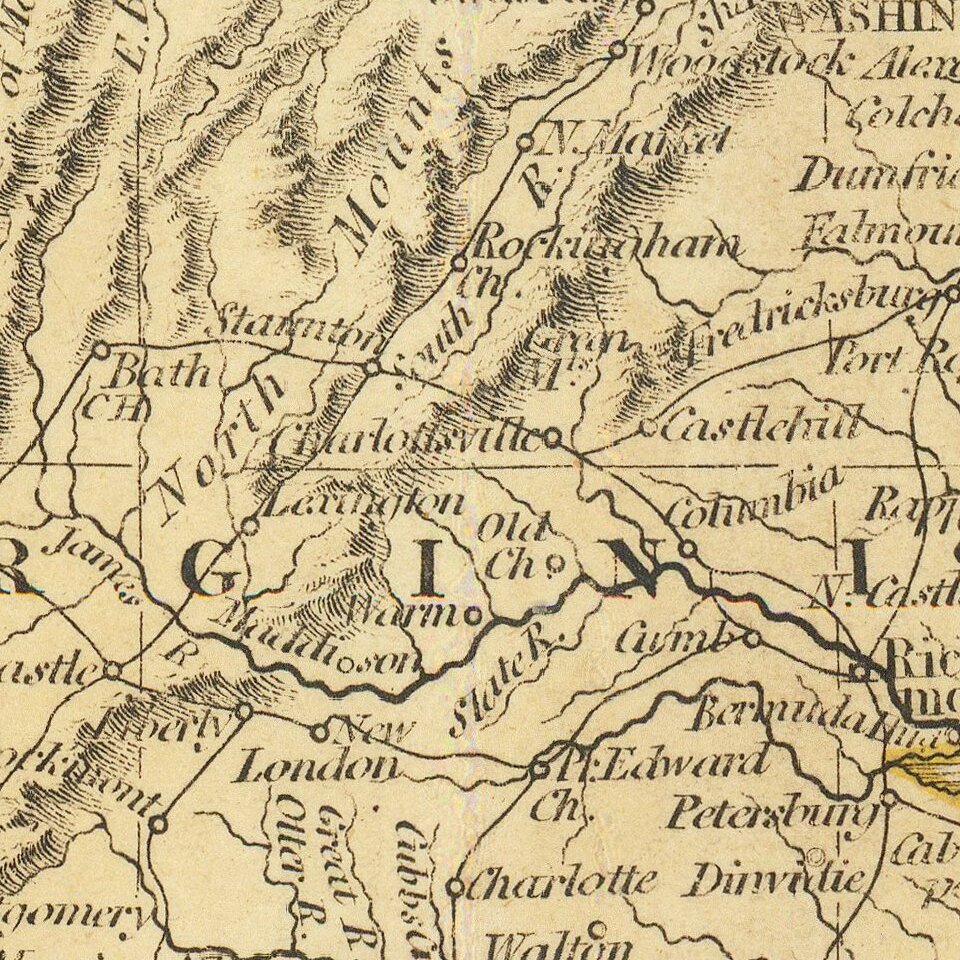 Beautiful Antique Map of the United States from 1806

Full original hand-color example of John Cary's map of the United States, published in London shortly before the War of 1812.

Includes a massive Georgia, extending to the Mississippi River, East and West Florida, the "District of Main", and a large Western Territory, which includes modern-day Ohio, Illinois, Indiana, Michigan, Wisconsin, and Minnesota.

The map is richly annotated with Indian information, early western settlements, and other details. The 1795 Boundary Line from the Treaty of Grenville is present. A number of forts appear in the Upper Midwest. Interesting annotations along the Mississippi River.

One of the best maps of the U.S. to appear in the first decade of the 19th century.