1789. A North View of Castle William in the Harbour of Boston

A North View of Castle William in the Harbour of Boston information: 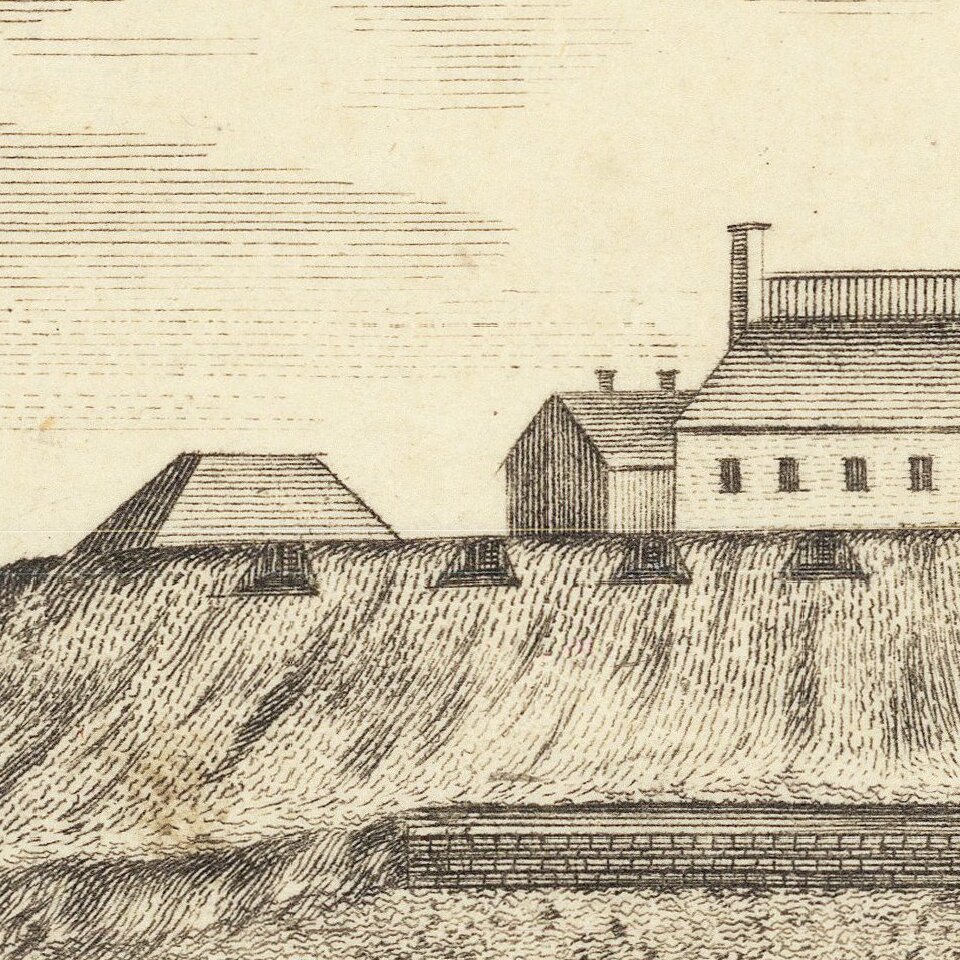 Castle William's history dates to 1634 when cannons were first deployed to defend Boston Harbor. British officials used the fort as a refuge in the year prior to the American Revolution. The fort was destroyed in March 1776, when the British abandoned Boston, but was quickly rebuilt by Bostonians.

The present view shows the rebuilt Fort with an oversized American flag waving above. The Fort (which would become Fort Independence) served as an active military installation during the American Revolution, the War of 1812, the Spanish-American War and World Wars I and II.

Stauffer attributes the engraving to Samuel Hill, who did many of the plates for the Massachusetts Magazine.