1804. A Plan of Manchester and Salford with the latest Improvements

A Plan of Manchester and Salford with the latest Improvements information: 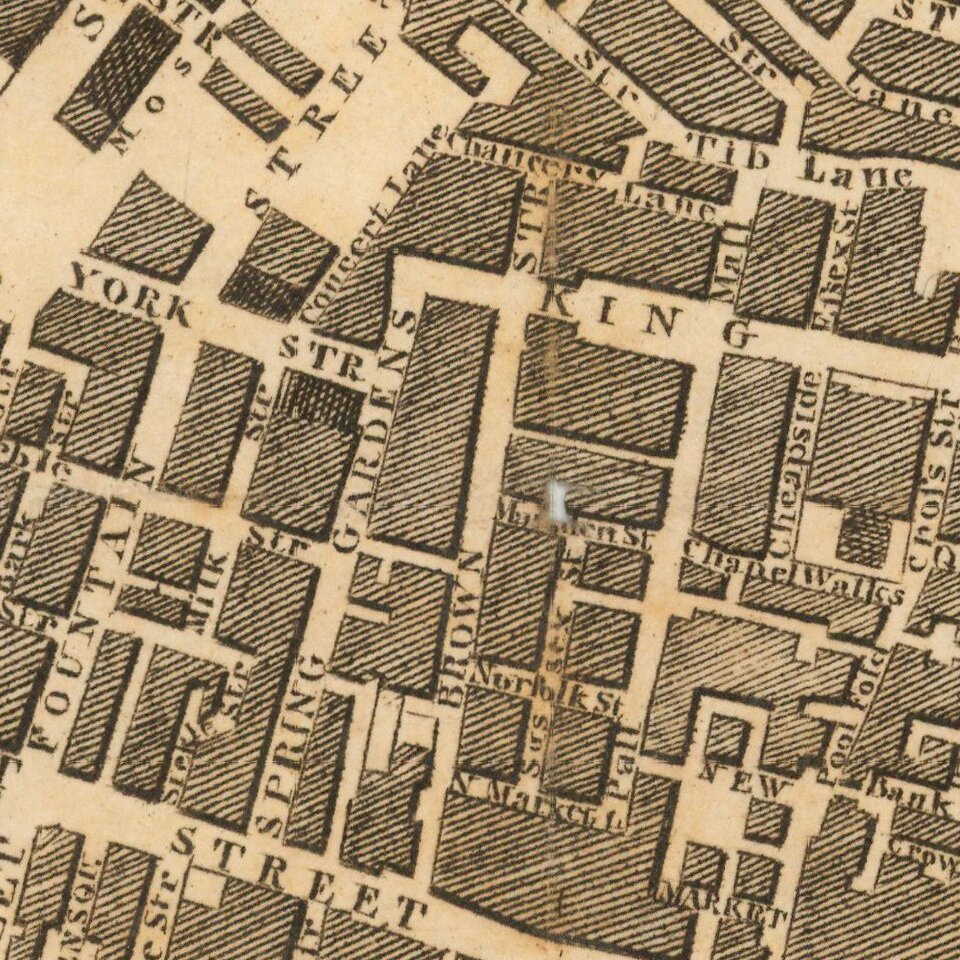 Detailed map of Manchester, pubilshed in Dean & Co.'s Manchester and Salford Directory: or alphabetical list of the merchants, manufacturers, and inhabitants in general, . . .

Unlike the modern plans of Manchester, it is drawn with the north at the bottom; so that Salford is represented on the right, Ancoats on the left, Knott Mill and Oxford Road at the top, and Strangeways, &c., at the bottom. The old streets and the old names are here delineated and preserved. Taking one main thoroughfare, we have Market Street Lane, Lever's Row (from Mosley Street to Portland Street), Piccadilly (from the latter to Lees and Gore Streets), Shooter's Brow (from Lees Street to about Store Street), Bank top (thence to Granby Row), London Place (from Granby Row to Ardwick Bridge), and Downing Street (from the bridge to Ardwick Green). The six names are now comprised in four, Market Street, Piccadilly, London Road, and Downing Street. In Oxford Road there were then only two houses between St. Peter's Church and the Rochdale canal; several of the churches were in the midst of gardens or waste ground, as St. George's, Rochdale Road; St. Michael's, St. Peter's, and St. Stephen's, Salford. Hulme had only a belt of buildings on both sides of Deansgate to Knott Mill; Water Street, beyond Quay Street, had only buildings on the side next the river.

The map illustrates the explosive growth of Manchester following the start of the Industrial Revolution in last half of the 18th Century.