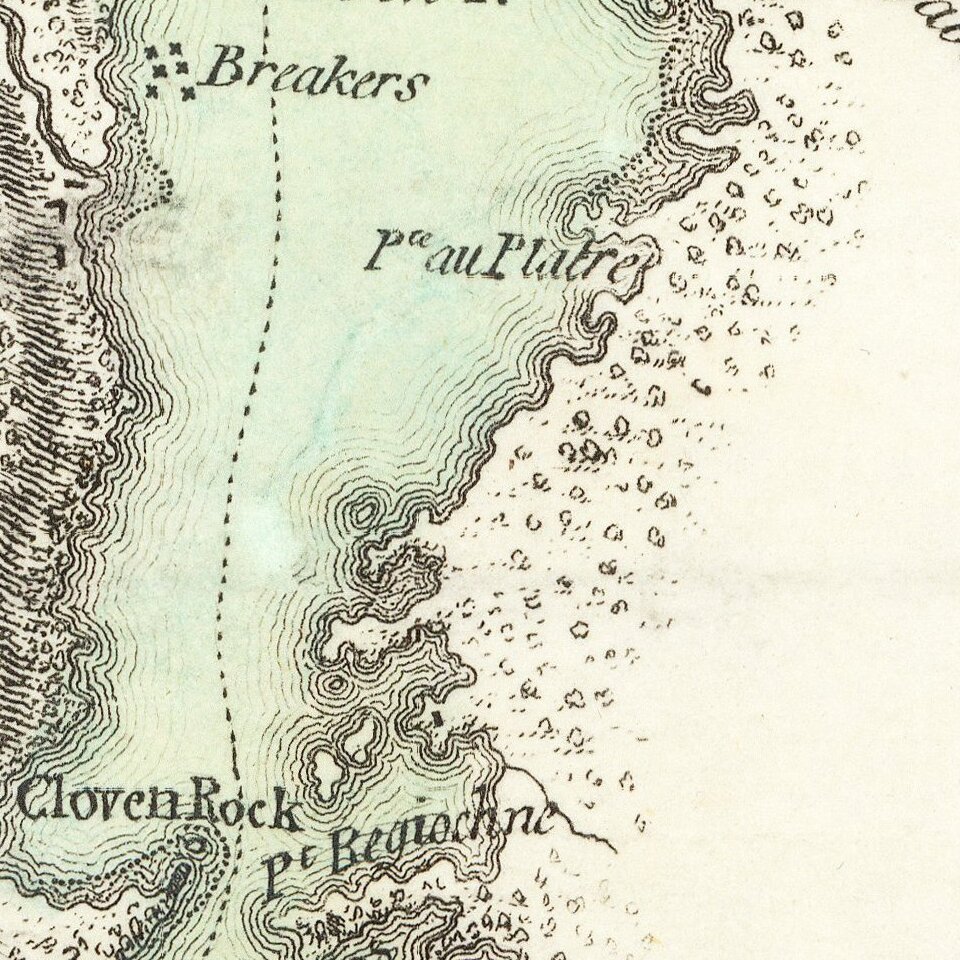 An Important Revolutionary War Period map of Lake Champlain & Lake George, based upon William Brassier's survey of the region during the French & Indian War.

Sayer & Bennett's map is the first separately published map to focus on Lake Champlain and Lake George. This large format map extends from Fort William Henry in the North to Fort George and Skenesborough in the south. A number of the names have been changed, Ticonderoga was formerly Fort Carillon, Fort George and Fort William now feature as does Lake George (named after the British monarch in 1755).

The Richelieu River-Lake Champlain-Lake George region provides a navigable water link between the St. Lawrence and Hudson Rivers, and for this reason it played a strategic role in both the French & Indian War and the American Revolutionary Wars. Adversaries used the waterway-sometimes referred to as "The Great Warpath"--as a vital axis for penetrating each other's territory.

The present map is based on a manuscript depicting the surveys of William Brassier and Dietrich Brehm, "A survey of Lake Champlain, from Crown Point to Windmil Point, and from thence to St. Iohns. Survey'd by order of His Excellency Major Genl. Amherst, Commander in Chief of His Majesty's forces in North America, anno 1762", drafted by Brassier (an example of which resides at the Library of Congress: G3802.C45 1762 .B7). William Brassier (fl. 1745-76) was one of the most talented surveyors and map draftsman in the employ of the British Army in North America from 1758, until the early days of the American Revolution. Dietrich Brehm, was a military engineer of German background who joined the British Army, and although little known today, was one of the primary surveyors behind several mapping projects of great consequence. From 1760 to 1762, Brehm and Thomas Hutchins notably mapped the Lower Great Lakes.

In 1758 and 1759, Brassier and Brehm surveyed various key strategic points around lakes Champlain and George, such as the area around Fort Ticonderoga. They were, however, prevented from conducting a general survey of Lake Champlain, as the area was still an active theatre in the French & Indian (or Seven Years') War. General Jeffrey Amherst, who in 1760 led a force through the Lake Champlain corridor to successfully seize Montreal from the French, lamented the lack of an accurate general map of the region. In 1762, he dispatched Brassier to finish the job, so completing his manuscript map on which the current map is based. All considered, Brassier and Brehm's surveys represent a great accomplishment of 18th Century frontier surveying.

Brassier's map remained in manuscript form until the outset of the American Revolution. It was then engraved and first issued in Jeffery's American Atlas. Shortly afterward the second state was published in Sayer and Bennett's American Military Pocket Atlas - the so-called Holster Atlas. Both issues of the map show the location of several forts and engagements during the French and Indian War.

Offered here is the second state (although the date of August 5, 1776 remains unchanged), this edition of the map illustrates America's first naval battle, the Battle of Valcour Island on October 11, 1776, during which General Benedict Arnold attacked the British and while forced back to the south, was able to delay the British attempt to descend to the Hudson River for that year. The map shows the engagement of the British and American Fleets off of Valcour Island itself, as well as their movements down the river, and a second engagement off Crown Point on October 13, 1776, with lettered references. Nebenzahl and Higginbotham note that:

After the failure of the American invasion of Canada (Winter 1775-76) . . . General Carleton counter-attacked, intending to strike through Lake Champlain to Albany and join forces with General Howe on the Hudson. Carleton organized his expedition at St. Johns, where he assembled a strong fleet. Arnold devised an audacious plan of building ships from standing timber. . . . The fierce delaying action fought by Arnold stopped the British. Because of the approaching Winter, Carleton was forced to abandon his plan and return to Canada . . . . Had the British reached Albany that winter the American Revolution could have collapsed altogether. (Nebenzahl, Atlas of the American Revolution, p. 66).

A more famous British attempt to exploit this axis came a year later (1777), during which General Burgoyne's force became bogged down and was finally trapped at Saratoga, a battle in which Arnold again played a central role. Burgoyne and his officers would almost certainly have had access to this map and use it in planning their ill-fated campaign.

A fine example of one of the most important and technically impressive maps of the American Revolutionary War period. 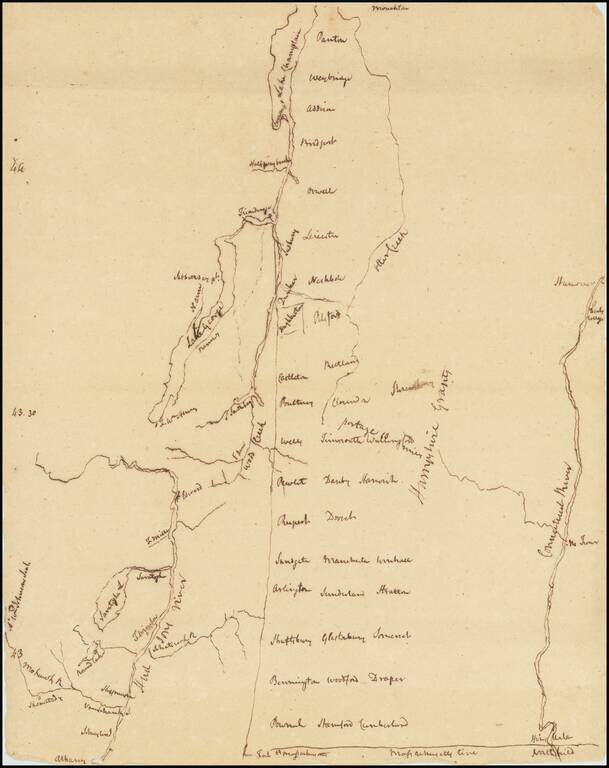 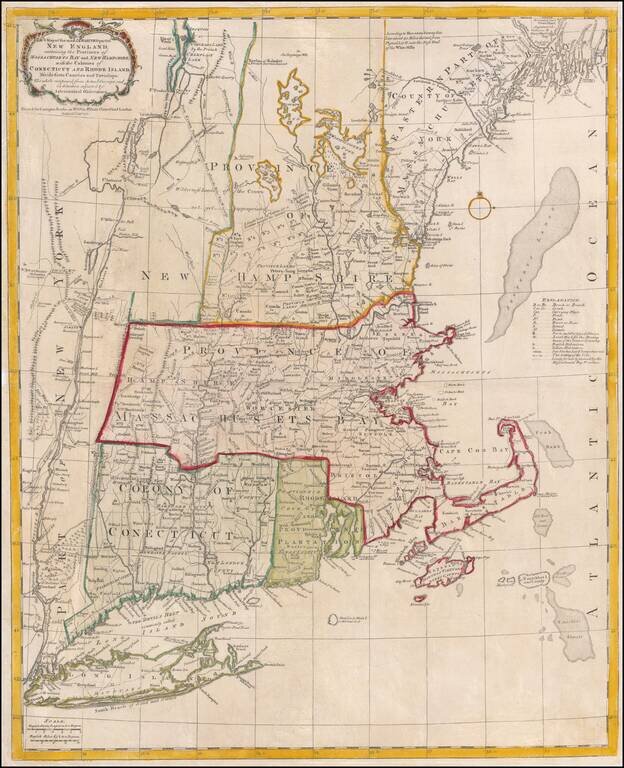 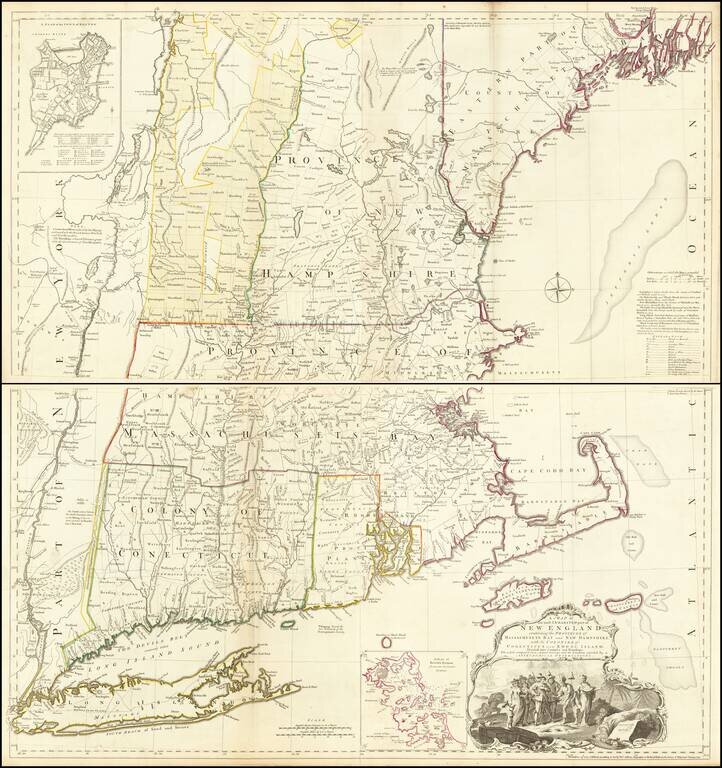