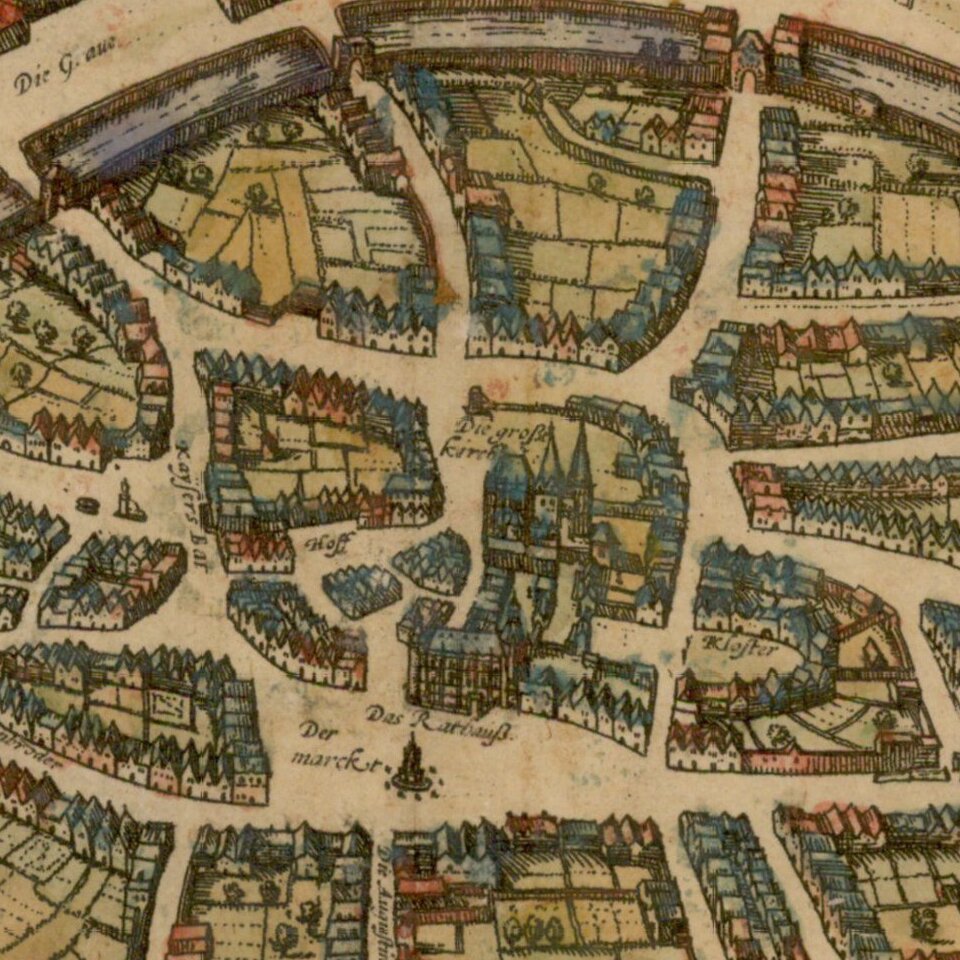 Important early view of Aachen, which appeared in Braun & Hogenberg's Civitatis Orbis Terrarum, the most important collection of city views and plans published in the 16th Century.

This detailed plan of Aachen shows the city surrounded by the original walls and the outer walls (built from 1257 to 1357). The open marketplace, the Gothic facade of the town hall and the cathedral are shown in the center with town houses lining the wide streets and squares.

The map is embellished with a title cartouche, two coats of arms, and costumed figures in the foreground. The banner in upper right bears the name of Hendrick Steenwijck whose plan this map was based upon.

Aachen - formerly called Aix-la-Chapelle - is the first German city to be presented by Braun and Hogenberg. Even in their day it was the subject of "a remarkable quantity of high quality maps and views". Aachen played a central role in the Holy Roman Empire. For this reason Braun emphasizes the "Heiltumsfahrt" (pilgrimage to the sacred relics), the construction of the palace and the Palatine chapel (c.800) and the hot sulphur springs, which had been appreciated earlier by the Romans.

The Old High German word Ahha (Acha) means water; the Romans called the site Aquae Grani, later Aquisgranum, after Grannus, the god of healing. Thirty-two kings were crowned in Aachen, the last being Ferdinand I in 1531. The illustration of Aachen offers a bird's-eye view looking diagonally towards the south. The artist has manipulated the position on many buildings in order to show us their public facades, and the town hall and cathedral have each been rotated 90 degrees.