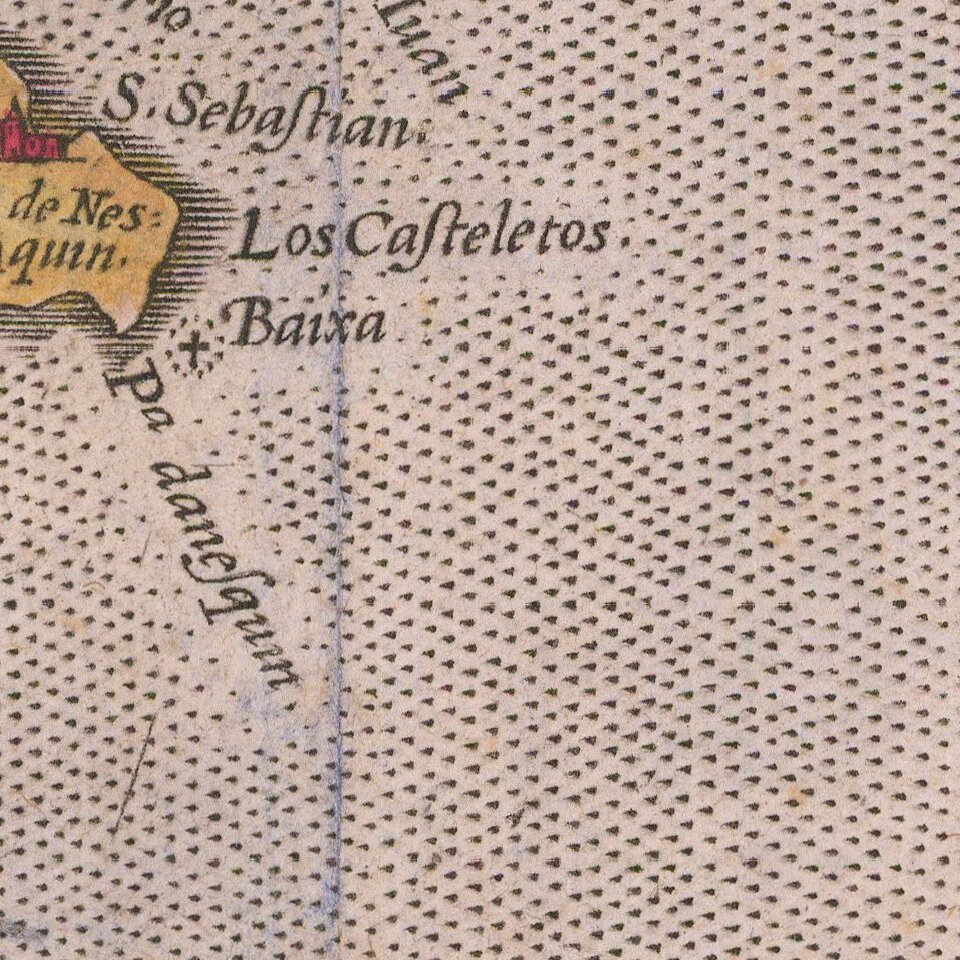 Old color example of Ortelius' map of the Azores, one of the most important destinations of explorers and early commercial mariners in the 16th Century. The size and detail of the map reflects the strategic importance of the Azores during the 16th Century and the level of commercial and navigational activity on the islands. While known to Europeans in the 14th Century and shown in the Catalan Atlas, the Azores were not "re-discovered" until the early part of the 15th Century. The Portuguese navigator Diogo de Silves provided the first reliable account of a contact with the islands of Santa Maria and Sao Miguel in 1427, and Goncalo Vehlo Cabral provides an account of his landing on the island in 1432. The first modern colonization of the island occurred in 1439. The Azores played a major role in crossings of the Atlantic from the earliest exploration. Columbus stopped in the Azores in 1493 and was briefly arrested as a pirate, until the legitimacy of his voyage was established. The strategic importance of the Island is evidenced by the repeated Spanish attempts to take the island by King Phillip II, and was the last part of the Portuguese empire (other than Macau) to resist his reign. During the Spanish occupation, the islands were a major port of call for the Spanish Galleon trade. Marcel Van Den Broecke credits Luis Teixeira's single sheet map of Terçera from 1582, which bears Ortelius' name, as the primary source for the map. Meurer mentions one copy at the Bibliotèque Nationale in Paris and a copy in the city library of Cologne and a later manuscript map of the whole group of islands, to which Teixeira subsequently devoted an atlas. The map was first issued in an edition of 100 examples in the Additamentum to the 1583 edition of Ortelius' Theatrum Orbis Terrarum, which is widely referred to as the first modern atlas and a landmark in the history of Western map making. Beginning in 1570, Abraham Ortelius and his successors published (and continuously added to) this monumental work for a period of over 40 years (not including the very rare edition of 1641), with text on the verso in Latin, Italian, German, Dutch, French, Spanish and English.