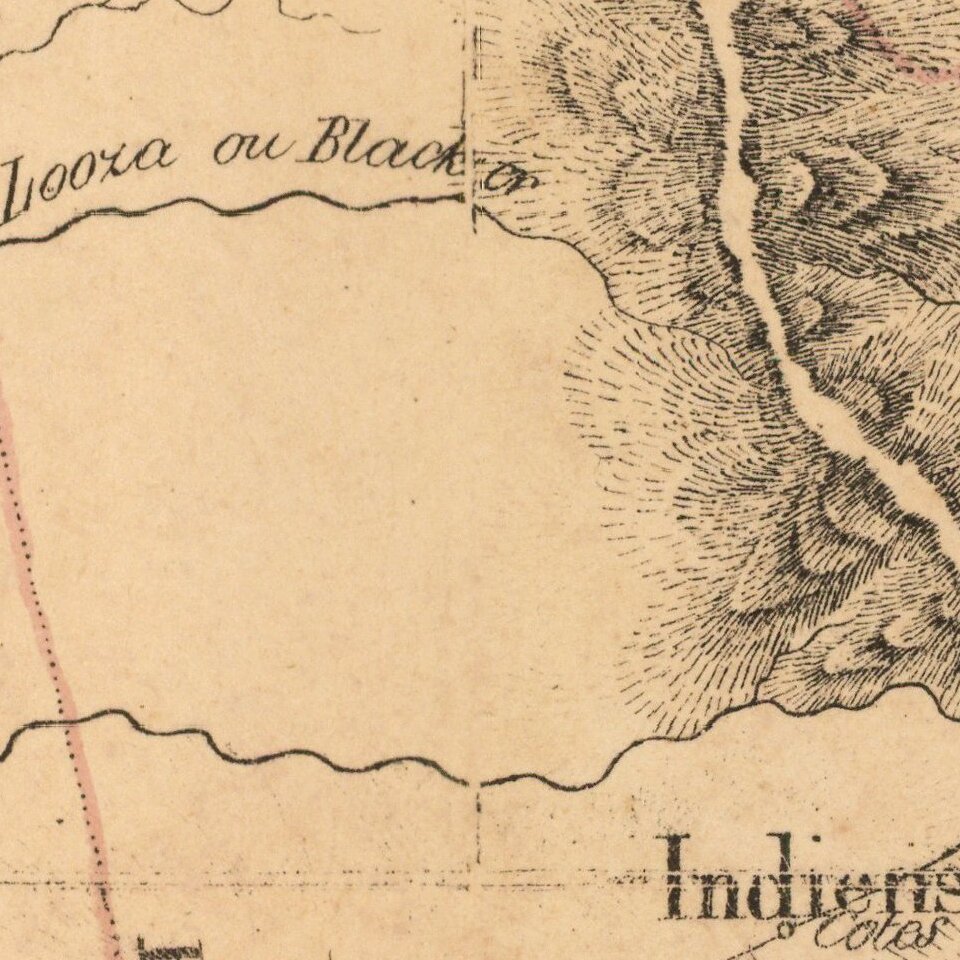 Fine Map of Mississippi and Alabama from the Distinctive Atlas Universel

Highly-detailed regional map focusing on Mississippi and Alabama published in Vandermalean’s important Atlas Universel shortly after they were split into separate territories of the United States.

This map centers on Mississippi, but also depicts the southwest portion of Tennessee, the majority of Alabama, a small part of the western panhandle of Florida, Louisiana, and the southeast portion of Arkansas, though it remains unmarked. Each territory or state is separated by a dotted line and hand-colored its own hue to differentiate it, adding to the aesthetic quality and clarity of the map.

Close detail is added to the map with towns, rivers, roads, trails, and mountain ranges included. The northern portion of Mississippi and Arkansas are still largely inhabited by indigenous peoples, while the counties are in their early configurations. This is one of the best regional maps of the period published outside the United States.

Despite the attention to detail that is provided, there is a mistake in the borders which are depicted. This mistake is that the areas east of the Pearl River are labeled as under the jurisdiction of the State of Louisiana. In fact, the land was given to the territory of Mississippi after its initial annexation.

This map was included in Vandermaelen's Atlas Universel, the first atlas to systematically map the world in uniform scale. Additionally, it is the first atlas to be made through the process of lithography, making it an important part of printing and cartographic history.

The Mississippi Territory and the Louisiana Purchase

While unmarked on the map, the Arkansas Territory was organized in 1819. While the Louisiana Purchase caused the European powers to recognize the United States’ right to colonize the Louisiana Territory, administering the territory would be a far more difficult matter. The United States would spend much of the first half of the nineteenth century colonizing and establishing government apparatuses in order to eventually organize the territory into several states.

The absence of a label for the Arkansas Territory on the map reflects the lack of administrative control that the United States government had in the area, while the labeling of trails and towns there reflects the attempts on behalf of the American government to colonize the territory.

The settlement and establishment of these states would prove to be a treacherous process for the United States. While the increase in land would been an economic boon, the political navigation between slave and free states would be a challenge for the stability of the Union, eventually leading to the Civil War. Meanwhile, the numerous native groups on the American frontier would continue to advocate for their autonomy and territory, leading to conflict and dispossession of the tribes as settlers pushed west.

Maps from Vandermalean’s Atlas Universal remains scarce and are in high-demand. This is a highly-desirable snapshot of American history from a significant atlas to the history of cartography and print.