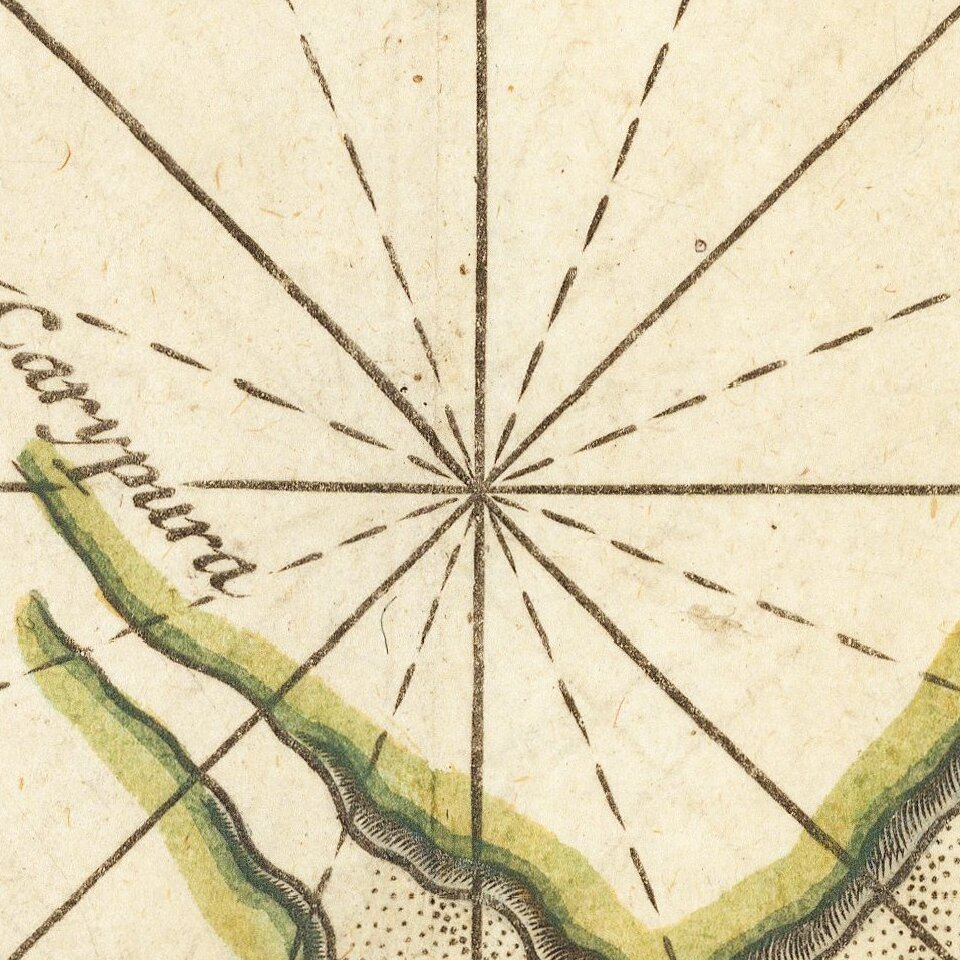 Rare English Edition of the First Sea Chart of the Mouth of the Amazon River and northern coast of Brazil.

Important early sea chart of the coast of Northern Brazil, from the mouth of Rio Grande River in the south.

The map is oriented with west at the top.

Arent Roggeveen was a land surveyor, mathematician, poet and teacher of navigation. Born in Delfshaven, he later moved to Middelburg where both the Dutch East and West India Companies were based. He was employed by both companies as a teacher in the art of navigation. He also helped maintain their collections of hydrographic manuscripts and charts, including Spanish portulanos of the West Indies. In the mid 1660s, Roggeveen compiled a series of large scale charts of the North American coast line, West Indies and later, West Africa. His Het Brandende Veen or The Burning Fen represented a landmark in the coastal charting of North America, with a number of regions mapped in larger scale than in any previously printed work. Roggeveen arranged for Pieter Goos, one of the leading engravers and publishers of maritime books in Amsterdam to publish the collection. The completed work was the first Dutch pilot that was focused on select areas of the American coastline. Previously, all printed maps and charts that dealt with this coastline were on a much larger scale.

Roggeveen died in 1679. Goos' widow sold the plates to Jacob Robijn, who reissued the maps with his name added to the title, but otherwise unchanged, in 1680. Both examples of the map are extremely rare. The atlases were undoubtedly published in limited quantity. Working sea charts and pilots from the 17th Century are inherently rare due to the nature of their use aboard ships. The vast majority of them were either destroyed by use or destroyed intentionally when new updated versions were obtained.