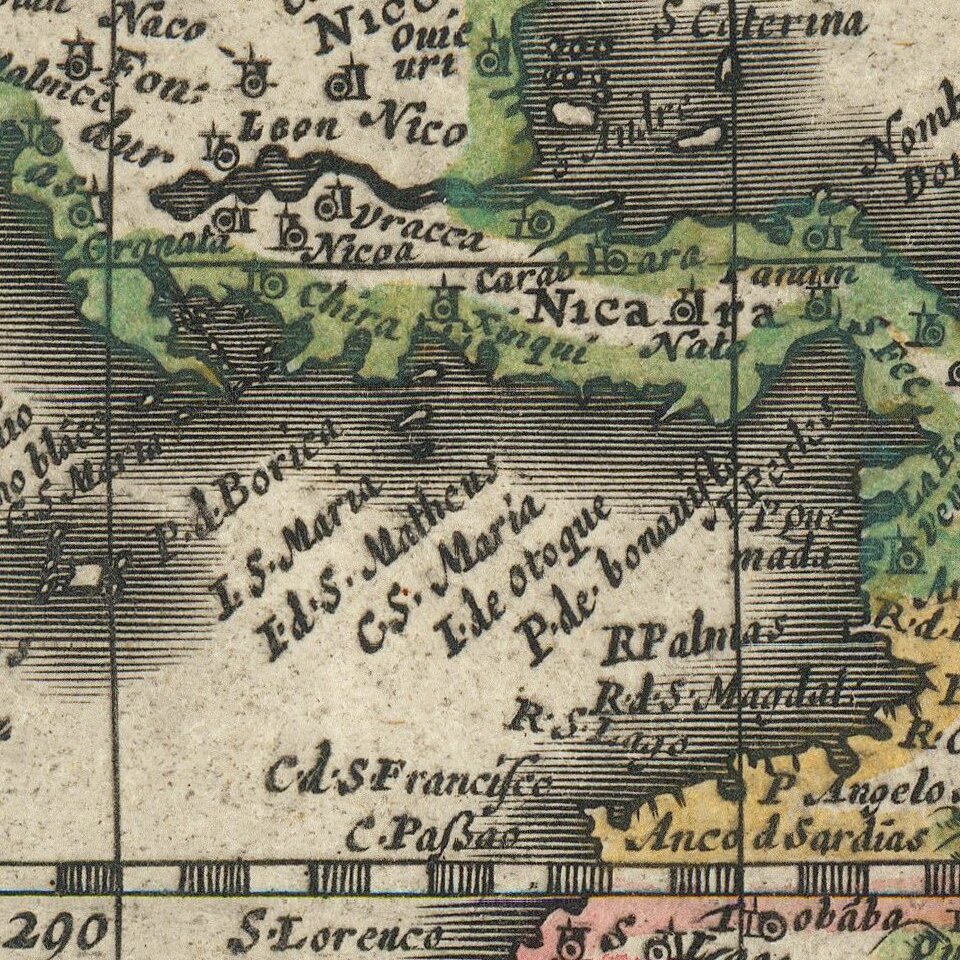 As noted by Philip Burden in the Supplement to his Mapping North of America to 1670, the Hondius-Jansson map of America is a fascinating and until recently, an under-appreciated rarity.

While at first blush the map appears similar to Blaeu's America, there are a number of differences. The Hondius-Jansson map includes inset views of North America, including the Poeiock Village in North Carolina, and views of Carolina and St. Augustine. The peninsular California is retained, with the extended Northwest Coast including definitive place names north of 40 degrees.

The East Coast of North America is rich with Indian names. The polar region inset is derived from Blaeu's wall map of 1608, as are the towns illustrated along the top.

The set of views at the bottom were removed very early in the printing history of the plate, probably so the map would more easily fit in the standard folio atlas of the day. Shortly after the plate was completed in 1623, the top right corner of the plate chipped off. After cataloging the map for the first volume of his work on North America, Burden learned of several new unrecorded states of the map, such that the history of the map is now believed to be as follows:

Burden surmises that this plate was made for Jansson and that the first several states of the map were proof states, all issued in short succession.