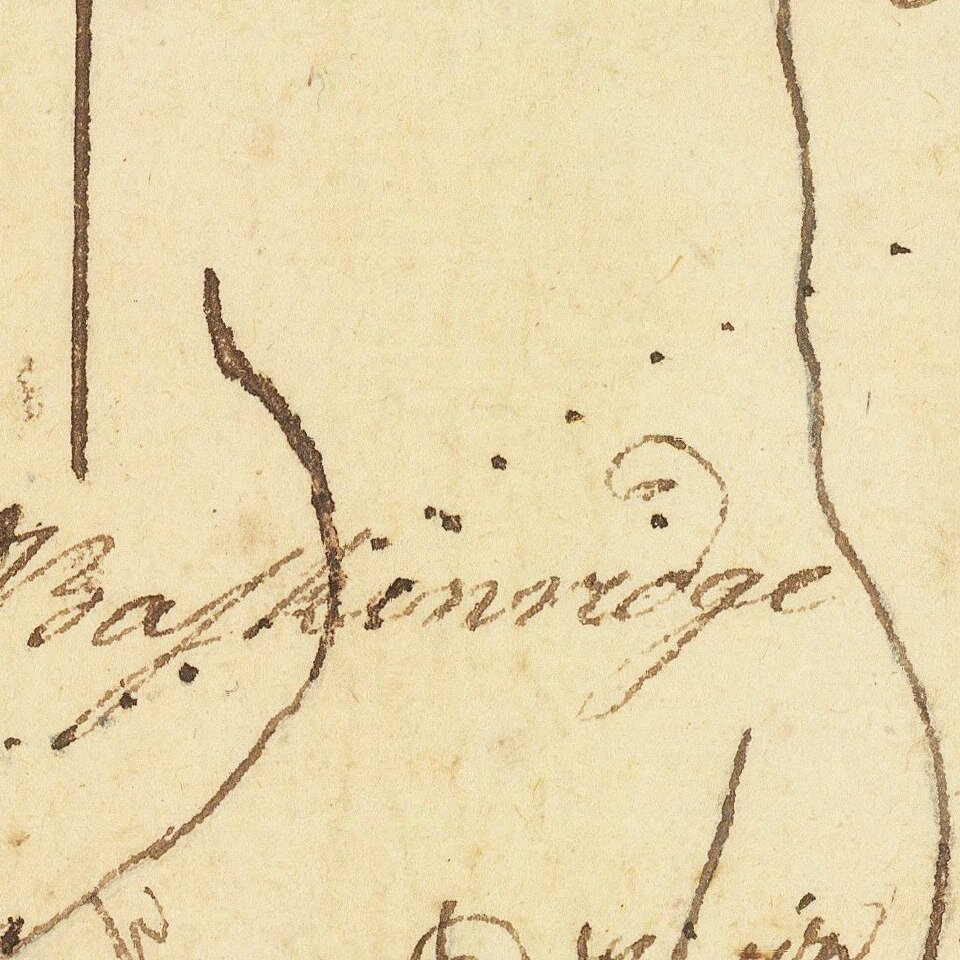 An American Revolutionary War Manuscript Map -- From the Collection of One of the First U.S. Frigate Captains

Manuscript map in pen and ink on laid paper of New York City and northern New Jersey, "the cockpit of the American Revolution".

The map was probably composed by an American, most likely a soldier in the Continental Army, during either the counter-attack phase of the New Jersey campaign or following Clinton's retreat from Philadelphia.

The map is centered on Morristown, New Jersey, generally referred to as the "Military Capital of the American Revolution," focusing on the region in which the Continental Army operated for most of the war. In the east, the map extends to New York City, western Long Island, and a small part of Westchester. The map goes as far south as Trenton, and in the north, it goes to King's Ferry on the Hudson River. The western edge of the map is bounded by the Delaware River.

This region was a vital staging ground for the Continental Army, as it allowed easy access to both Philadelphia and New York City (and the Hudson River Valley and New England beyond), and it was well-provisioned with forges, tradesmen, and agricultural resources vital for supplying soldiers.

The map includes all of the details necessary for an officer active in the region. The map delineates the main roads and paths, and it labels large and small cities alike, as well as the forges and furnaces of northern New Jersey.

The map comes from the collection of James Sever, one of the famous first six frigate captains in the U.S. Navy. Sever was a soldier in the American Revolution, but his service was late enough in the war that the present map would not have been relevant to what is shown here. It is possible that the map was composed by a family member or friend and given to Sever after the fact.

An interesting stylistic comparison can be made between the present map and our John Erskine manuscript map of roughly the same area. Though they are clearly not in the same hand, there is a shared homespun quality, reflective of the pragmatic ethos of the American soldier-mapmakers, as opposed to the highly-trained, high-polish products of the British military surveyors.

The date of the map can be triangulated with several pieces of internal evidence:

While the map is unsigned, there are a number of clues as to its maker:

All of this suggests that the map was made by a Continental Army soldier sometime during the first two-thirds of the American Revolution.

We acquired this map in October 2020 from the descendants of James Sever, Captain of the USS Congress, one of the famed first six frigates of the U.S. Navy. Captain Sever was born in 1761, attended Harvard, and upon graduation received an ensign's commission in the 7th Massachusetts Regiment (February 1, 1781) during the Revolutionary War. Sever later transferred to the 4th Massachusetts Regiment and remained in the Continental Army until June 20, 1784. Sever was from a successful Massachusetts merchant family, and that background along with his military experience was enough for him to be named the superintendent of the USS Congress during its construction in 1795. In 1798, he became one of the first six post captains of the U.S. Navy. Sever served in the first foreign action of the U.S. Navy, when the Congress was involved in privateer hunting in the Caribbean and the U.S. intervention in the Haitian War of Knives. Sever had a relatively short career in the Navy and was dismissed during Jefferson's purge of the officer corps in 1801.