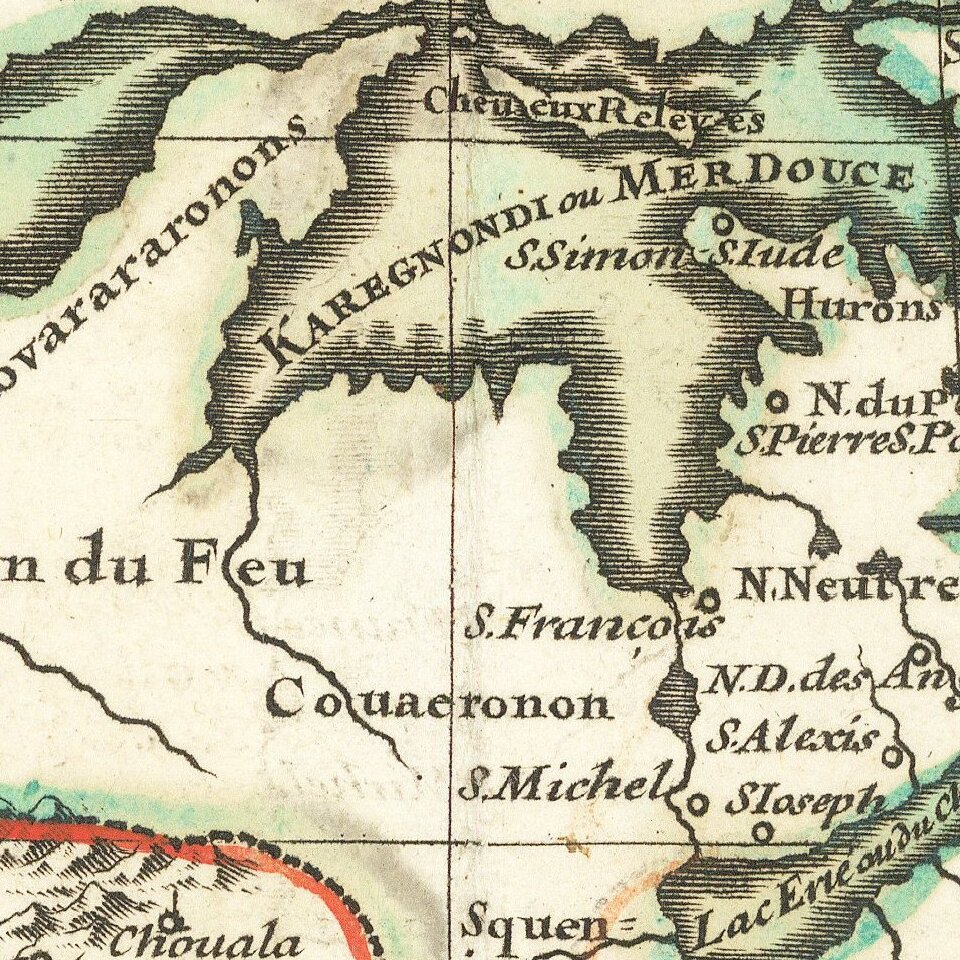 Striking map of North America, published in 1689 by Jaillot.

A scarce map of California as an Island, which derives from Sanson's earlier maps of North America. The Great Lakes are shown as open ended. Florida and the Southeast have not yet been revised.

This edition provides an excellent example of cartography in transition, showing the first signs of revisions to Sanson's projections especially in the Great Lakes and Southwest, but leaving the basic model largely unchanged. Within the next few years, the Great Lakes would change dramatically.

The map also shows the Rio Grande flowing into the Gulf of California, with an odd early configuration of the Mississippi River

This map bears the name of the engraver Cordier, unlike other later editions of the map.