1779. An Exact Prospect of Charlestown, the Metropolis of the Province of South Carolina

An Exact Prospect of Charlestown, the Metropolis of the Province of South Carolina information: 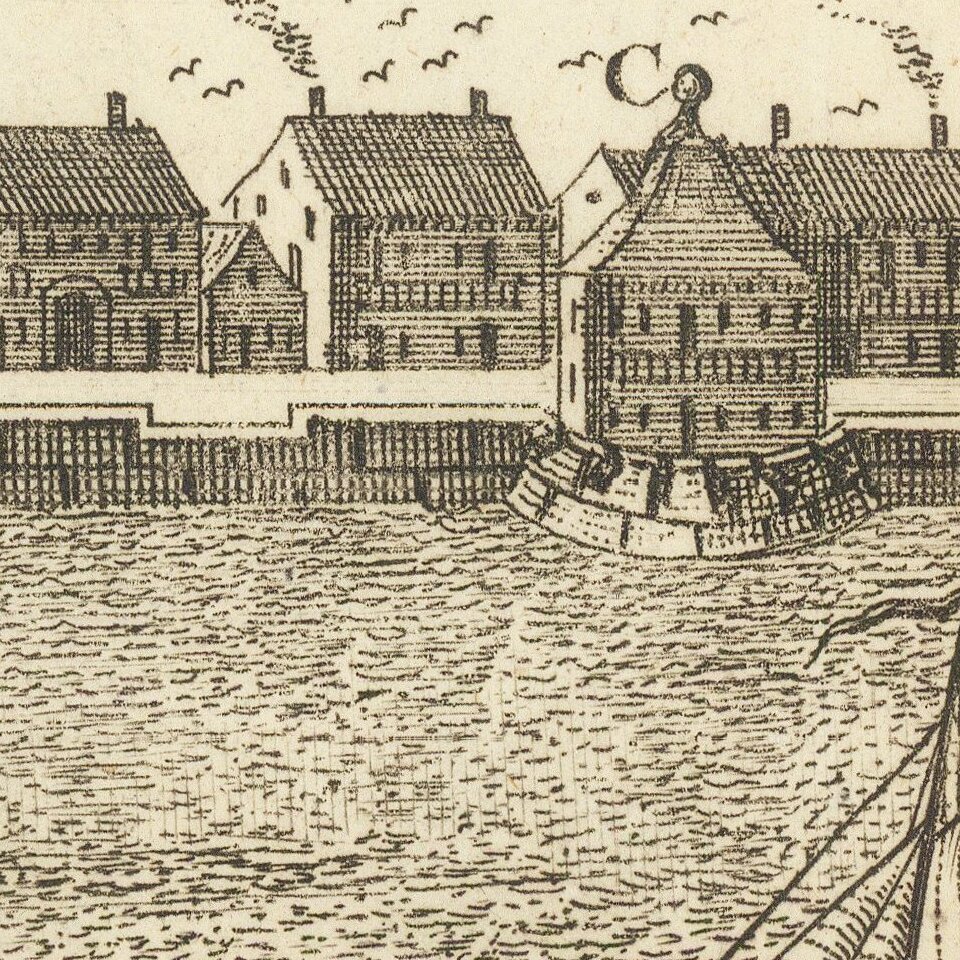 Second edition of this large format view of Charleston is based upon a painting by Bishop Roberts in 1739, which was engraved by William Henry Toms for the London Magazine.

There are two examples of the view. The second edition (re-engraved in 1779) can be readily distinguished by the lack of the small sailing craft to the left of the flagged large sailing ship on the left side of first edition, just below the letter A.

The view affords one of the earliest graphic depictions of the town of Charleston. The view shows dwellings, churches, boats, fortifications and ships with British flags. Items in the image are lettered, but key is missing from image. Men in foreground hold fishing nets. At the time, Charleston was the fourth largest port in the American colonies, with a population of 11,000.

The view is now rare on the market and most examples have some loss of printed image (see e.g. the first edition illustrated by the Library of Congress) (link below):