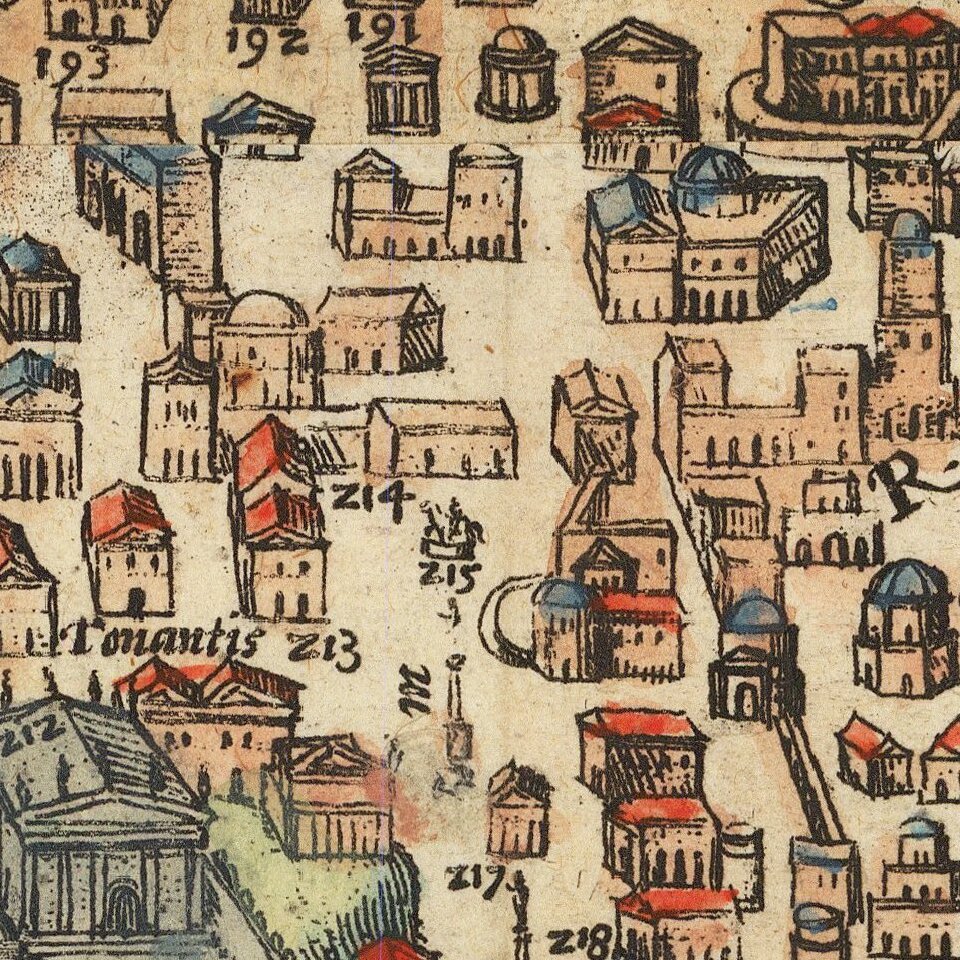 Fine example of the Braun & Hogenberg Plan of Rome, first published in the 1588 edition of the Civitates Orbis Terrarum.

Braun & Hogenberg's view is based upon the work of Pirro. However, the title banner and lower key embellishments are completely revised, the former lacking the strapwork used by Braun & Hogenberg and replaced with a tapestry style fringe, while the lower key is now embellished with images of two nobles.

Rome is shown from the west in a bird's-eye view that was a major achievement in its day. It includes the most important buildings from antiquity, several aqueducts, the Aurelian Wall and large arterial streets. The three figures in Roman garb in the foreground underscore the aim of meticulous reconstruction.

Mont Testaccio is shown on the far side of the Tiber in the lower right-hand edge of the picture, with the Pyramid of Cestius above it to the right. At the center of the illustration the Marcellus Theatre can be identified above the island in the Tiber, with the vast Circus Maximus, used for chariot races, just above it to the right. Above that is the Palatine represented with intricately detailed buildings, an indication of the confusion at the time about how the seat of imperial power actually looked.

To the north the Coliseum flanks the Palatine. In the lower left-hand part of the picture field is the Campus Martius, with the stadium of Domitian at the center, site of the modern Piazza Navona. Slightly higher up is the Pantheon with its monumental dome, looking as it does today. On the lower left edge the two great imperial mausoleums are shown as they would have appeared during the Roman epoch. Above the mausoleum of Augustus and below, at the bend in the river, is that of Hadrian.

This is the final state of the map, which was later re-issued by Vander Aa In the Galerie Agreeable Du Monde. 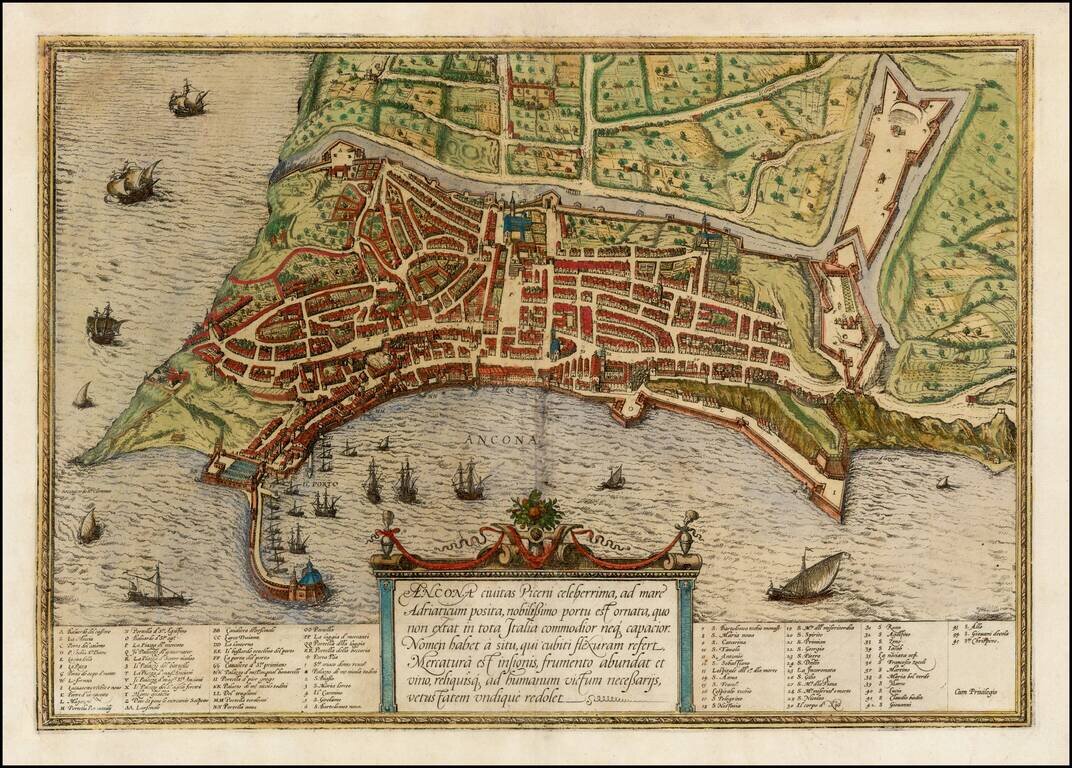 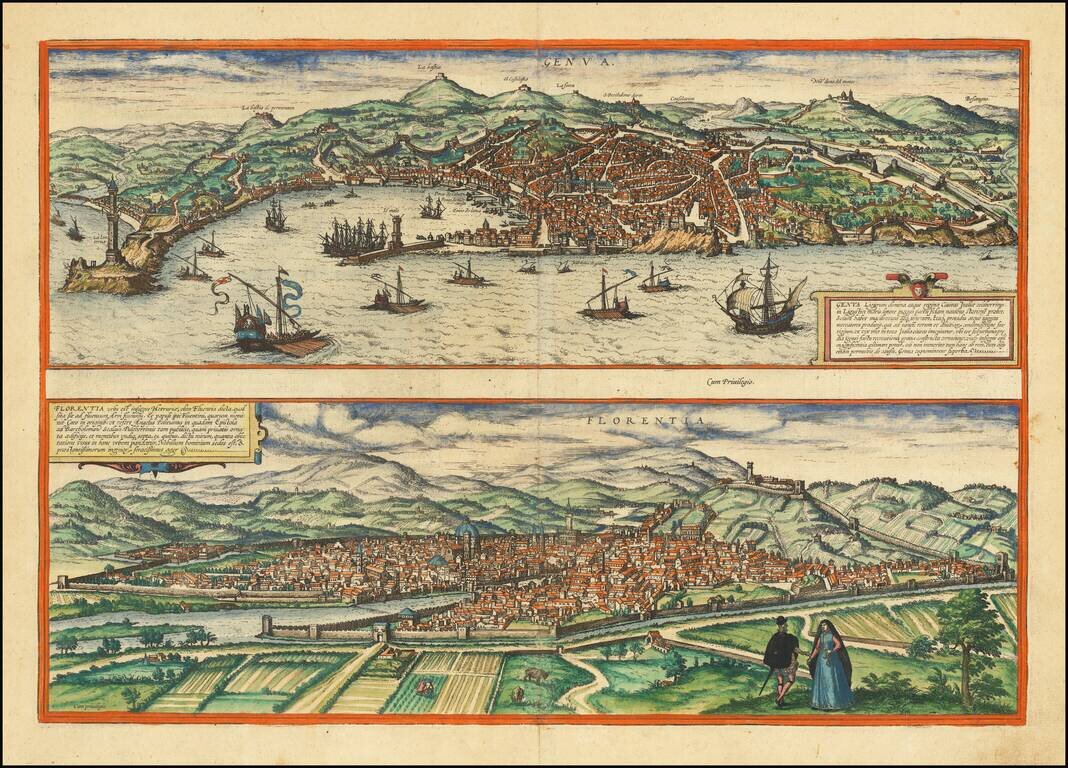 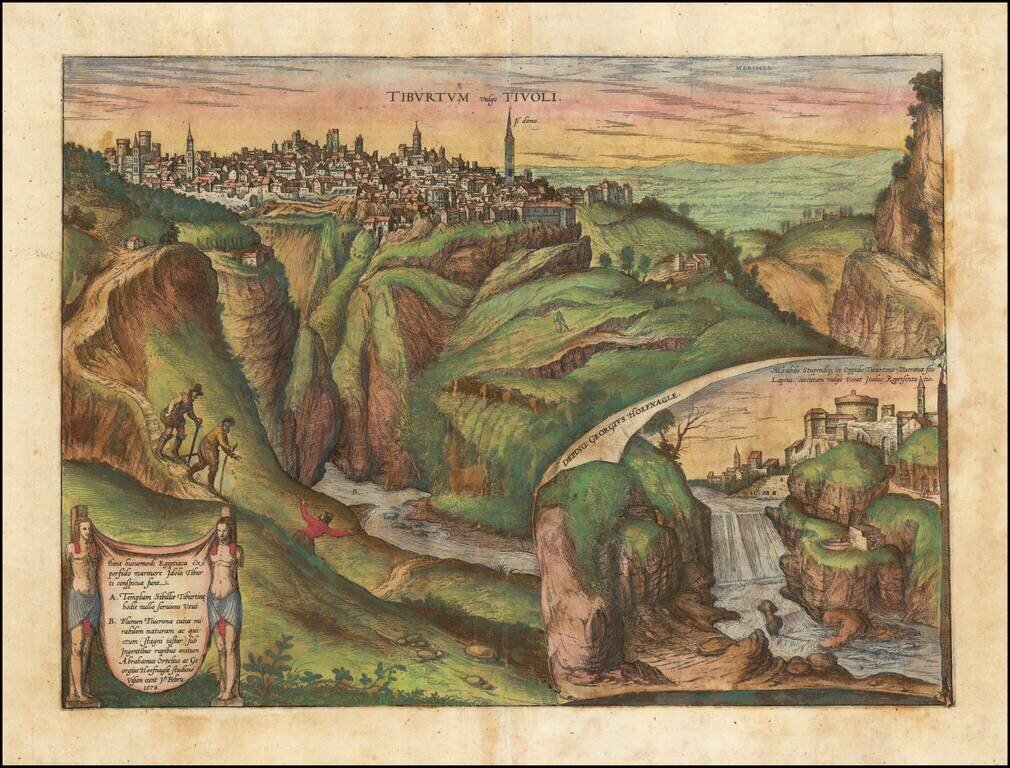