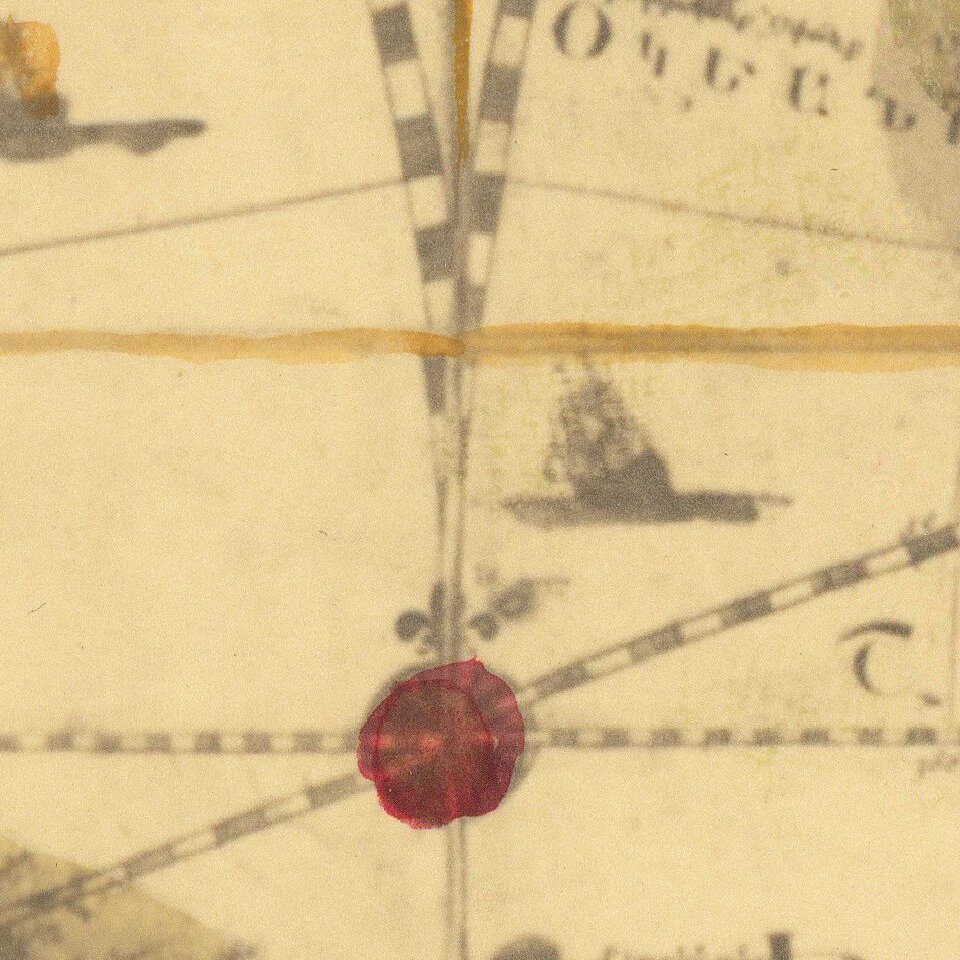 ONE OF THE more unusual world maps of the seventeenth century is this eight-sheet wall map by the brothers Adrian and Peter Schoonebeck with lettering throughout in Armenian. It was initiated by Archbishop Warthabeth, who founded an Armenian press in Amsterdam in 1688 for the benefit of Armenians worldwide. The Armenian printers were the Vanandec'i family under the editorship of Lukas Nurij'anean, and in the following year, 1696, the Vanandec'i 's printed a key to their large map of the world.

The geographical content of the map is that of the traditional Dutch world map of the 1660-1680s, but only the authors' acknowledgment is in Roman script. There are two celestial hemispheres at the top and north and south polar projections at the bottom. The magnificent corner decorations are some of the finest to be seen on any contemporary map. They boldly combine vigorous gods and goddesses, mythological scenes, birds and beasts, and concepts of earth, air, fire and water. Perhaps for the clarification of geographers less well versed in European classical lore, the signs and personages are again neatly lettered in Armenian.

As well as in the British Library, copies of the map are recorded in the Bibliotheque Nationale (two examples), in the University Libraries of Amsterdam and Leiden, the Museum of All Saints' Cathedral, Isfahan, and in the Armenian National Library, Erevan.

Edward Luther Stevenson was among the most important scholars of early cartography active at the end of the 19th century and the first half of the 20th. He was responsible for numerous cartobibliographic books, including the first translation of Ptolemy to English, as well as a series of impressive facsimile maps produced while he was at the Hispanic Society of New York. Dr. Stevenson viewed facsimiles as integral to the study of early cartography, and he committed himself to building an unparalleled collection of photographs of early maps and globes. Much of his collection was donated to Yale University after his death (click on the title link above for about that), but the present item comes from a large collection of photos, manuscripts, and related material that were part of Stevenson's library, but were not donated to Yale. It is truly an impressive collection and many of the items, though reproductions, have serious antiquarian merit. As Alexander O. Vietor said about Stevenson collection that went to Yale "this is the stuff of which great libraries are made."