1598. [Ascension Island] The True Description of the Island of Ascention lyeing under 8 degrees on ye South syde of ye Equinoctiall lyne.

[Ascension Island] The True Description of the Island of Ascention lyeing under 8 degrees on ye South syde of ye Equinoctiall lyne. information: 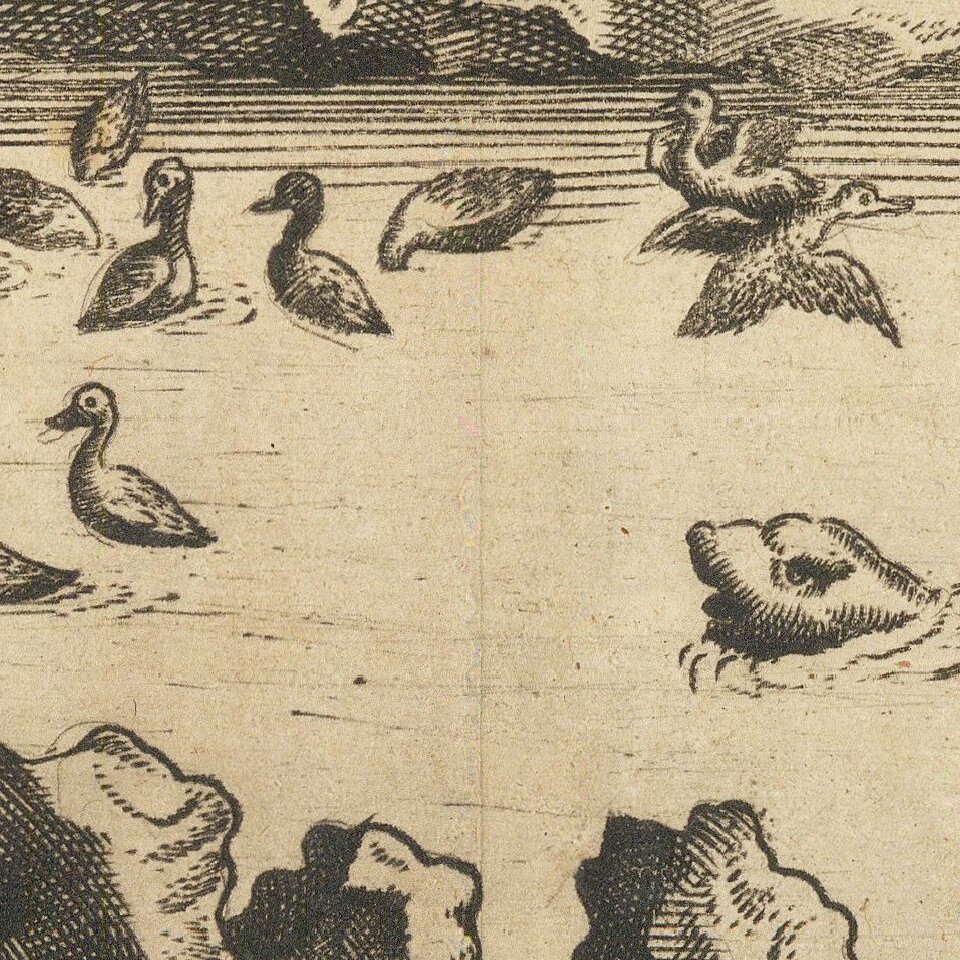 Antique engraved view of the Island of Ascension (St. Helena), which appeared in the rare English edition of Linschoten's Itinerario, Iohn Huighen van Linschoten. His discours of voyages . . . , published in London in 1598, and engraved by Englishman William Rogers.

Linschoten's maps are styled after Portuguese portolan charts of the 16th Century, upon which the map is based. Even in printed form, these maps retain the lush decorative flourishes of their sources. Linschoten acquired most of the information for the map while serving as the secretary to the Portuguese archbishop in Goa, India from 1583 to 1589. Of particular value were the sailing guides he obtained that not only provided the best sailing routes to the East Indies and its lucrative spice trade but also showed the way from port to port once there. Upon his return to the Netherlands, Linschoten published these documents with accompanying maps and his own descriptions of the area in his monumental Itinerario. Few books have had greater influence on historical events.

The extensive details of coastal and other navigational points are likely based on portolan charts of the Portuguese, especially those by Bartolomeu Lasso. Linschoten was "one of the pathfinders for the first Dutch voyages to the East" (Schilder, p. 195). He was in the service of the Portuguese as Secretary to the Portuguese Archbishop of Goa in India from 1583 to 1589. Here, he had access to many Portuguese portolans as well as other valuable commercial information, especially as Goa at this time was the commercial and political center for the Portugal Empire in the East. Van Linschoten left Goa for home in January 1589. On the way to Portugal, his ship was pursued by an English fleet and lost its cargo in a storm while anchored off the Azores. After the loss of the cargo, Van Linschoten was persuaded to stay and help recover it; he spent two years on Tercera, working and preparing his notes from Goa. Van Linschoten eventually arrived in Lisbon early in 1592, and then sailed home to The Netherlands. His account of his experiences is one of the most important travel works of the period.