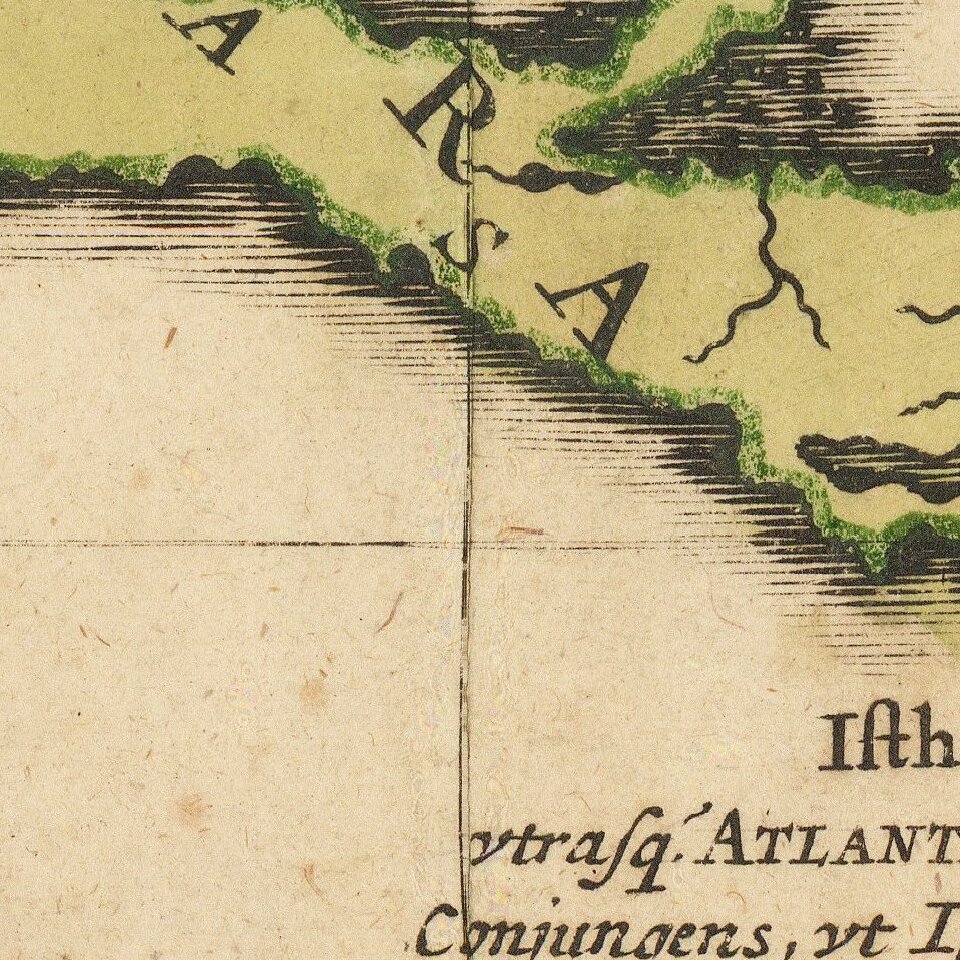 Fascinating map of America, published by Mortier and based upon a map by Nicolas Sanson, purporting to show the Western Hemisphere about 200,000 years ago before the earliest human civilizations.

The map reflects the populating of the lost continent of Atlantis in the 17th Century. The map shows the divisions of the land masses, as divided by the god Neptune, among his ten sons.

Thule island is shown, which at the time was believed to be the source of Nordic races, based upon the work of Heinrich Schliemann. Schliemann had taken Homer's Iliad and Odyssey and their accounts of the Trojan Wars to be literal truth. He then discovered ancient Troy in Asia Minor.

Atlantis was first described by Plato about 400 B.C. Over the next 2300 years, many other scholars and pseudo intellects championed various elements of the legend. Among the more fantastic modern theories include those who believe that Atlantis is an island in a lake in Bolivia, a part of the Hollow Earth Theory, the site of a visit by Astronauts prior to the birth of Christ and other fantastic theories.

The map shows the cartographic knowledge of the Western World as of the middle of the 17th Century, with California shown as an island, the Dutch discoveries in Australia and New Zealand and the style mythical / conjectural configurations of Alaska, Japan and the lands between.

Pierre, or Pieter, Mortier (1661-1711) was a Dutch engraver, son of a French refugee. He was born in Leiden. In 1690 he was granted a privilege to publish French maps in Dutch lands. In 1693 he released the first and accompanying volume of the Neptune Francois. The third followed in 1700. His son, Cornelis (1699-1783), would partner with Johannes Covens I, creating one of the most important map publishing companies of the eighteenth century.