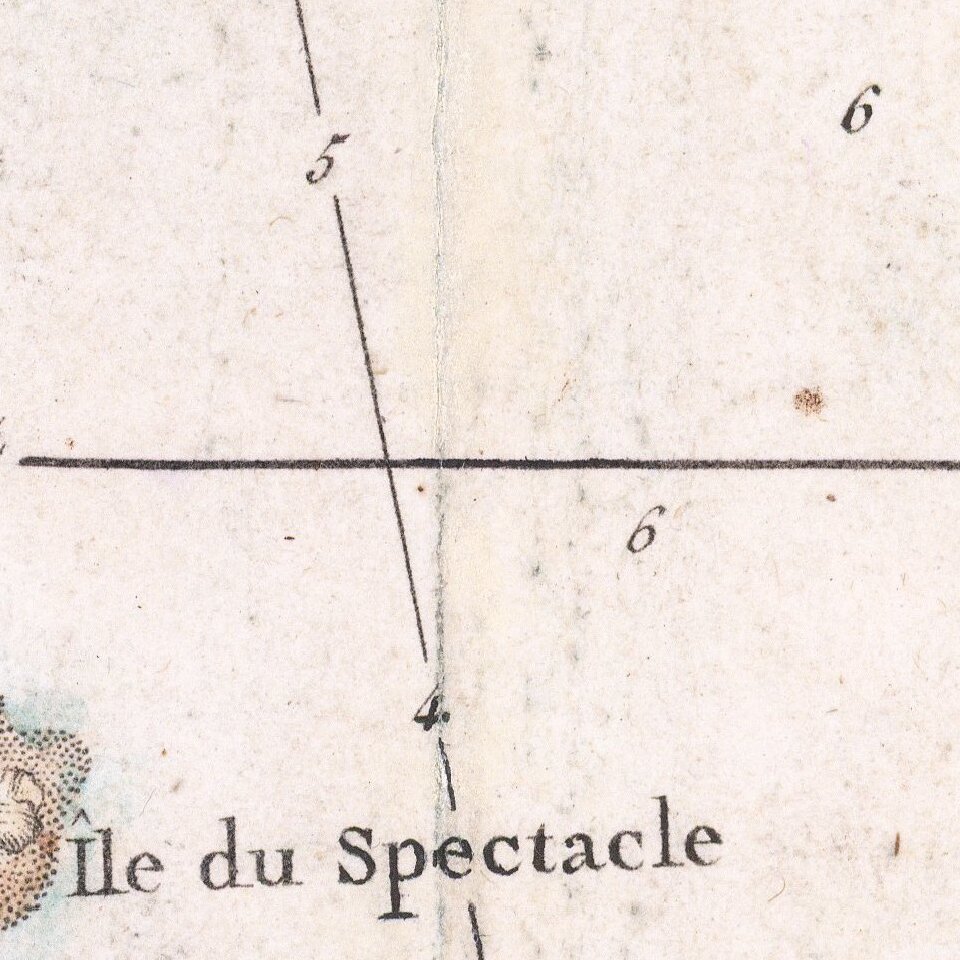 Boston & Environs During The American Revolution

The present map was produced at the order of the French Admiralty for use by the French Navy during the American Revolution.

The chart was published in 1780, the year General Rochambeau landed with his army at Newport, Rhode Island, which for the duration of the American Revolution served as the major French base in the United States. It seems plausible that the chart was rushed into print for use by French naval commanders sailing out of Newport.

The chart depicts Boston Harbor and much of the coastline between Nahant and Hull. Extensive soundings are given for the major approaches, as well as navigational aids and hazards. Given its stated purpose-"for use of the King's vessels"--it also provides a terrific amount of terrestrial detail, including bodies of water, roads, residences, and other structures and even the boundaries of fields and a small street plan of Boston. Elevations and slopes are shown by means of shading.

The chart largely follows, though on a somewhat reduced scale and with many place names rendered in French. A seminal chart based on surveys overseen by Samuel Holland and published in London in 1775 by Joseph F.W. Des Barres. This French edition is based on the first state of the English prototype, as it includes place names such as "Cambridge," "Maldon [sic] River" and "Germantown" that des Barres erased from later variants.

The French chart does, however, show important differences from the English version, the most obvious being the substitution of Paris for London as the prime meridian. More substantively, the long subtitle informs us that des Barres' work has been updated to reflect recent observations by Joseph Bernard, Marquis de Chabert (1724-1805), a senior naval officer who served in the Americas during the Revolution: "the declination of the magnetic needle [i.e., from true North] was observed as 6 degrees 4 minutes northeast in October 1778 by the Marquis de Chabert, who has also determined by land the latitude of several points to which this chart has been [subjected? compared?]". Chabert was an accomplished navigator, surveyor and chart maker who earlier in his career had led important surveys of Acadia and Newfoundland and it is just possible that he himself drafted this chart at Sartine's request.

Sellers and Van Ee, Maps and Charts of North America, #958. Surprisingly, not listed in either Boston Engineering Department, List of Maps of Boston or Phillips, List of Maps of America. For a helpful biography of Chabert, see Dictionary of Canadian Biography Online (http://biographi.ca/).