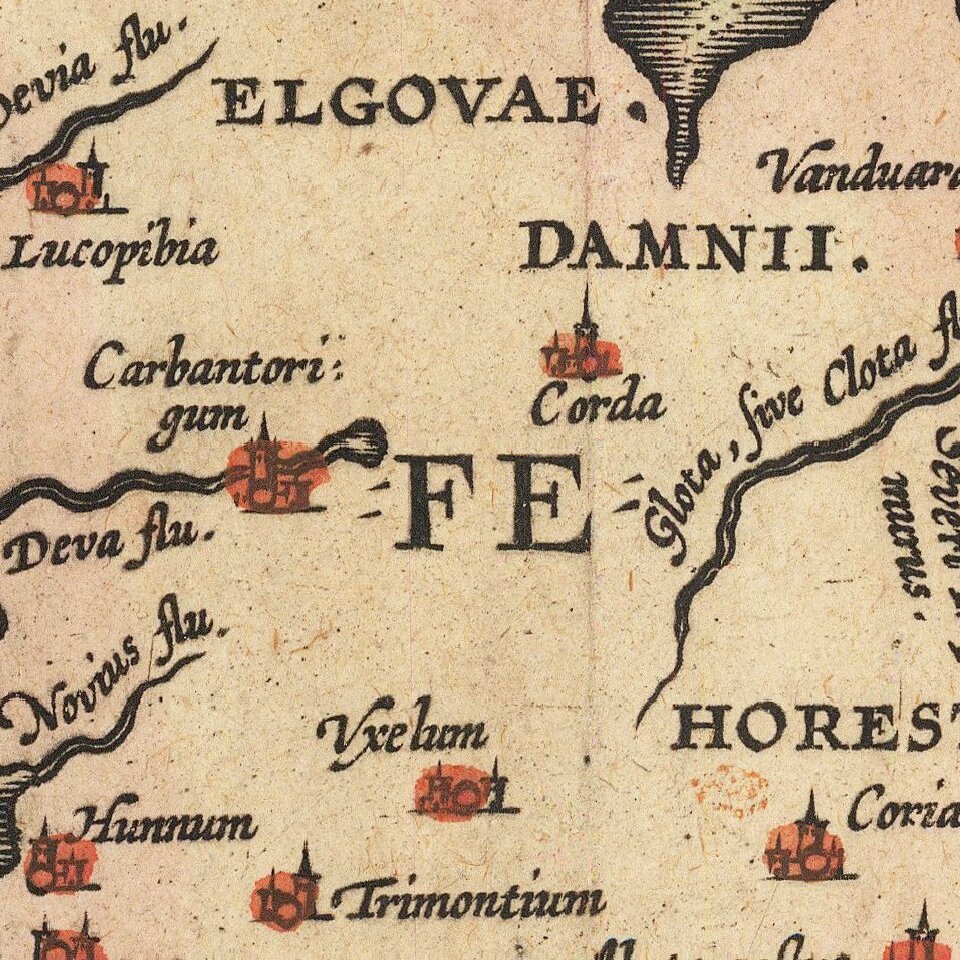 Notable Atlas Map of the British Isles, From the First Modern Atlas

Oriented to the west, the British Isles are shown as if on their side. The political divisions show England, Scotland, and Ireland. In the surrounding waters are the Scilly Isles, the Hebrides, and the Orkney Islands. In the upper left corner, Ortelius lists four islands whose locations are incognite. Just a sliver of the European continent is shown, labeled as Morini, which refers to a Belgic coastal people who lived in the Pas de Calais region.

The outline of the British Isles is modern, based on Mercator’s 1564 map of the British Isles and Saxton’s 1579 map. However, much of the information included tells the history of the islands and was gathered from classical sages like Diodorus Siculus, Plinius, Appianus, Tacitus, Cæsar, Strabo and other Roman writers. For example, at the narrowest point in the English Channel, a note explains, “In this place it is thought that Caesar landed on his first sea journey.”

Settlements are shown with small building symbols; Londinum Augusta is located on the Tamesis flu. London Bridge, until 1729 the only bridge over the Thames near the city, is visible here. Farther north, Hadrian’s Wall separates Scotland from England.

In the stippled waters surrounding the British Isles are several small craft with their sails unfurled. Toward the bottom of the map, in the English Channel, are fine, larger ships, including one (to the right) that is on the cutting edge of Dutch shipbuilding technology for the late-sixteenth century.

Three strapwork cartouches are also set into the seas. The two in the upper center and upper right corner include the title and Ortelius’ name, respectively. The most elaborate is in the lower right, which carries the following dedication:

Abraham Ortelius, pleased to be the geographer of his majesty the king dedicates this map, intended as instruction and learning for the people, to George of Austria, servant to the most serene lord, cardinal and archduke of Harlebeck.

This map first appeared in the Theatrum in 1595. The map was accompanied by one of the longest texts in the atlas, a testament to Ortelius’ interest in the history of the British Isles. There is only one known state of the map.