1777. British Dominions in America agreeable to the Treaty of 1763; Divided into several Provinces and Jurisdictions, By Thos. Kitchin Geogr.

British Dominions in America agreeable to the Treaty of 1763; Divided into several Provinces and Jurisdictions, By Thos. Kitchin Geogr. information: 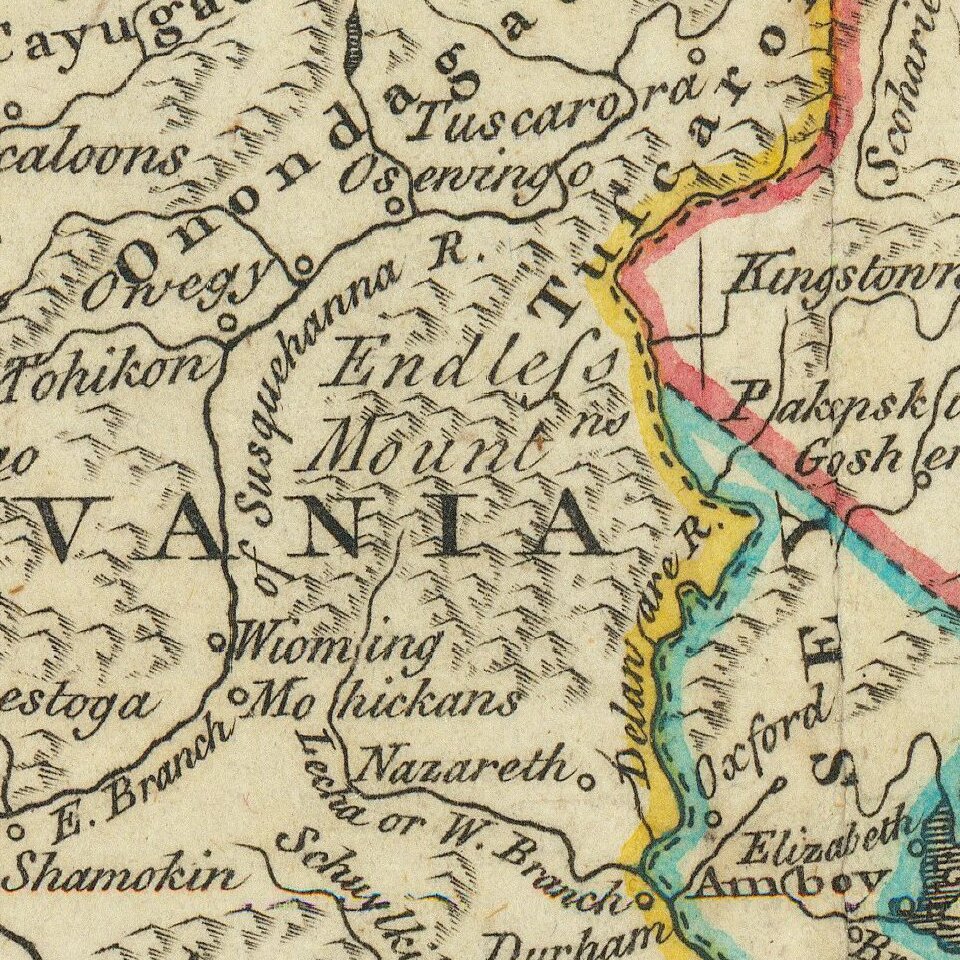 Dury's British Dominions in America is closely based on Mitchell's monumental map of the American colonies. It shows Virginia, North Carolina, South Carolina, and Georgia stretching all the way to the Mississippi River. Pennsylvania extends north of Lake Erie.

The map pays particularly close attention to the Indian tribes of the interior, especially in the South and west of the Appalachian Mountains.

The present map was first prepared after the French and Indian War and was issued the until the 1780s. This war-dated issue is rare. The present map is not to be confused with the Kitchin map that appeared in Gutherie's Geography in the early 1780s; that map is more common.

Andrew Dury (fl. 1766-1777?) was a British map and print publisher who operated out of Duke's Court on St. Martin's Lane in London. He was an accomplished mapmaker but substantially less successful than contemporaries such as Thomas Jefferys or William Faden, and his maps are relatively quite rare. Dury's name is most commonly associated with Rennell's large Indian maps. Dury was also responsible for Revolutionary War era plans of Boston and Philadelphia, as well as a series of maps related to the Russo-Turkish War of 1768-74.

The map is quite rare on the market. We note only 1 example in British or American Auctions in the past 20 years (Swann 1996, $6,440) and none appearing in dealer catalogs. OCLC locates only 1 example in an American Institutional Collection (Clements/ U of Michigan) and 2 in German Libraries. The Gilder-Lehrman collection shows a copy of the map.

Not in Phillips, A List of Maps of America.