1813. [Brooklyn] A Map of ten Lots of land bounded on high water mark as the same was deemed to be on the 20th day of May 1761 on the East River now Brooklyn Ferry in Kings County._ Resurveyed according to the original Map thereof on the first day of May 1813.

[Brooklyn] A Map of ten Lots of land bounded on high water mark as the same was deemed to be on the 20th day of May 1761 on the East River now Brooklyn Ferry in Kings County._ Resurveyed according to the original Map thereof on the first day of May 1813. information: 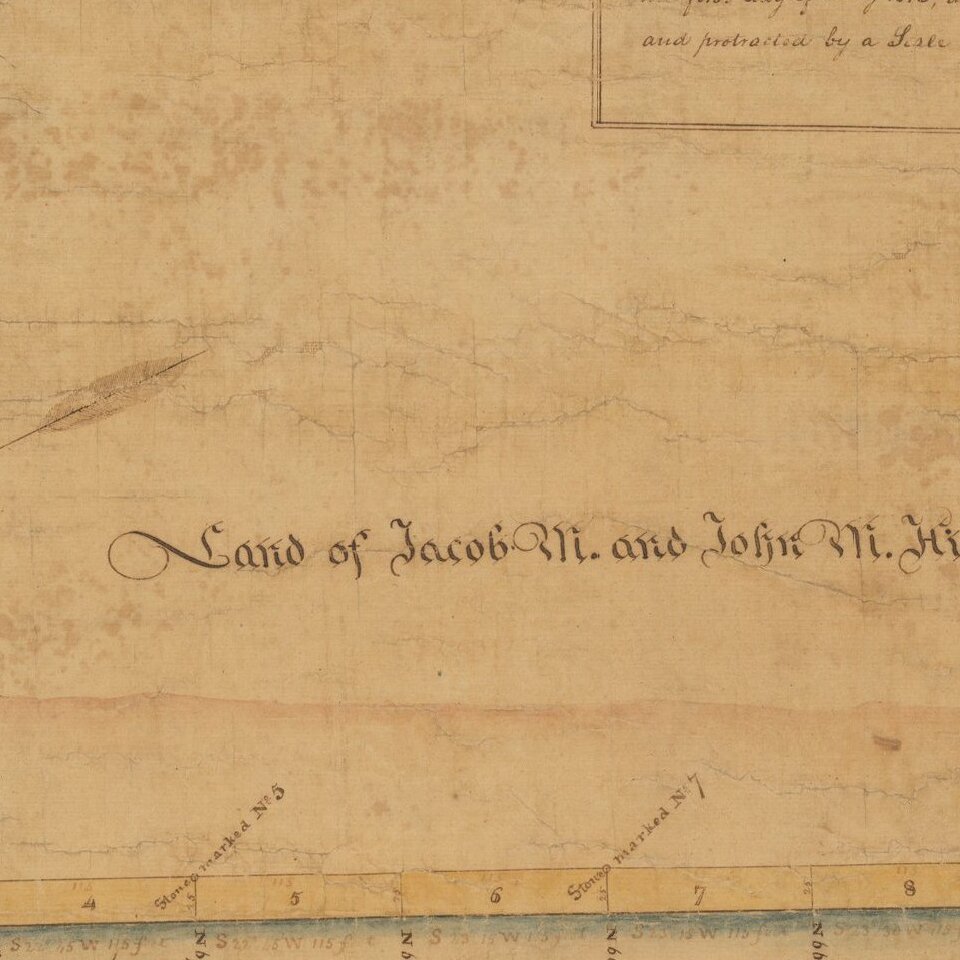 Cornerstone Brooklyn manuscript map -- the genesis of the first official map of Brooklyn.

Highly important watercolor and ink manuscript map of a portion of the Village of Brooklyn, by the first official surveyor of Brooklyn.

The map depicts what was, at the time, the barely-inhabited southern portion of the village, bounded roughly by present day Poplar Street, Hicks Street, Clark Street, and the East River. Today the area is split between Brooklyn Bridge Park and a large portion of historic Brooklyn Heights, at the time of this survey it apparently had only six houses.

Jeremiah Lott (1776-1861), was one of the most prolific surveyors in Brooklyn during the first half of the 19th century. His work contributed enormously to the development of that city from a small ferry landing into one of the largest cities in the nation.

This manuscript map was prepared by Lott as part of an early commission to survey the land that would later become the Village of Brooklyn, and today Brooklyn Heights. It was completed two years before his important "First Village Map" of 1816.

Lott was commissioned to survey this tract of land, just south of the Brooklyn Ferry, by the brothers John and Jacob Hicks. They were attempting to resolve a boundary dispute with the neighboring Middagh family. Apparently he first undertook this project in 1806, but revisited it later as the land was increasing in value and the survey work required further detailed elaboration.

Exactly at this time, Brooklyn's prospects were skyrocketing. Robert Fulton and William Cutting leased the franchise rights for the primary ferry route between Manhattan and Brooklyn and introduced a steamboat on the line. Two years later the Village of Brooklyn, with an initial population of 4,000 citizens, was incorporated.

The fledgling municipal government soon commissioned Jeremiah Lott to produce an official map of the village-which closely followed his earlier survey of the Hicks estate-to guide development in the area.

Generally speaking, antiquarian maps of Brooklyn are seldom seen on the market. Brooklyn maps of any real historical importance are practically never encountered. The present map, with the pivotal role it played in the development of that city, is a truly a wonderful find.