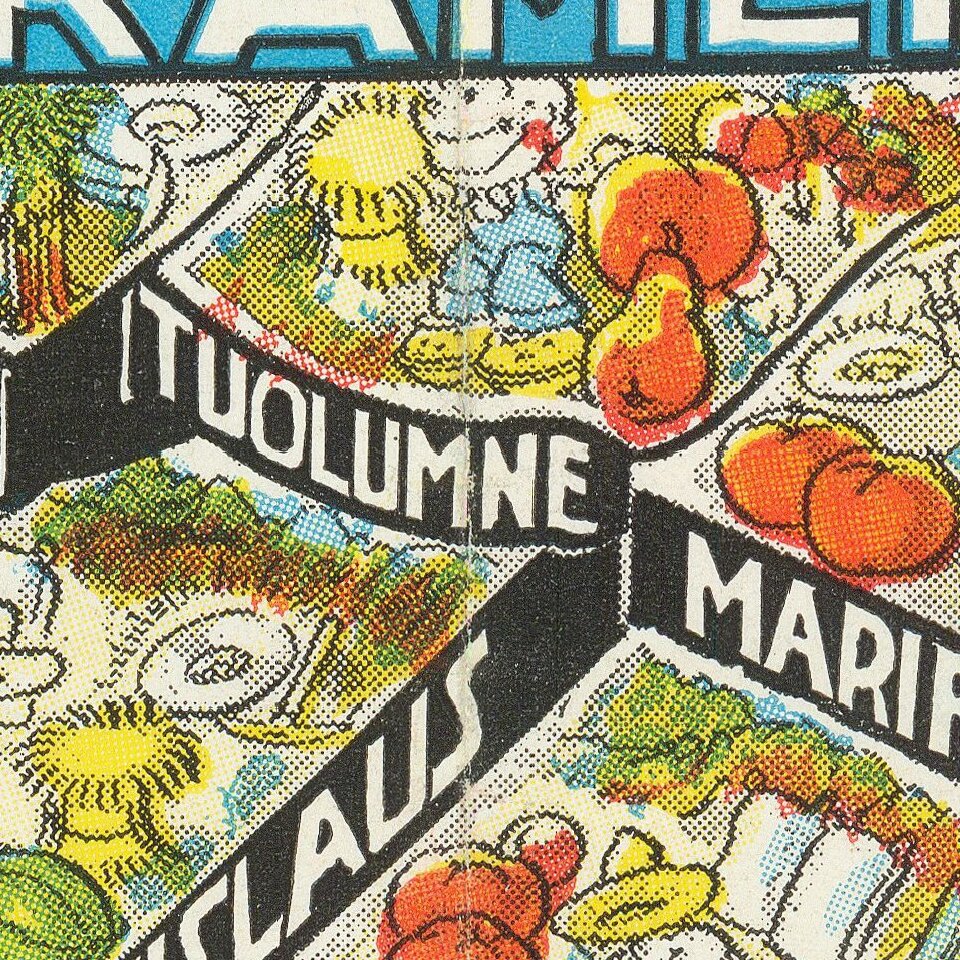 The map presents a fascinating image of California, partitioned in 58 "color-laden" counties, each looking a bit like its own colorful farmer's market.

The vast majority of the imagery celebrates California's agricultural production, although the images are also interspersed with other important commercial production iconography, including oil wells in Southern California and Airplanes in Los Angeles and San Diego Counties.

Each of the counties includes a smiling caricature, mostly adorned in farmer's attire, but occasionably shown as a miner. In the southern images, the size of the at suggests the image of a Bracero, although this may just be this author's oversensitivity to earlier representations of different ethnicities and cultures.

At the top right, an image of the Sacramento Fair grounds is shown. The verso includes a number of photographs and fair related illustrations.

The map is unrecorded. We find no other surviving examples.