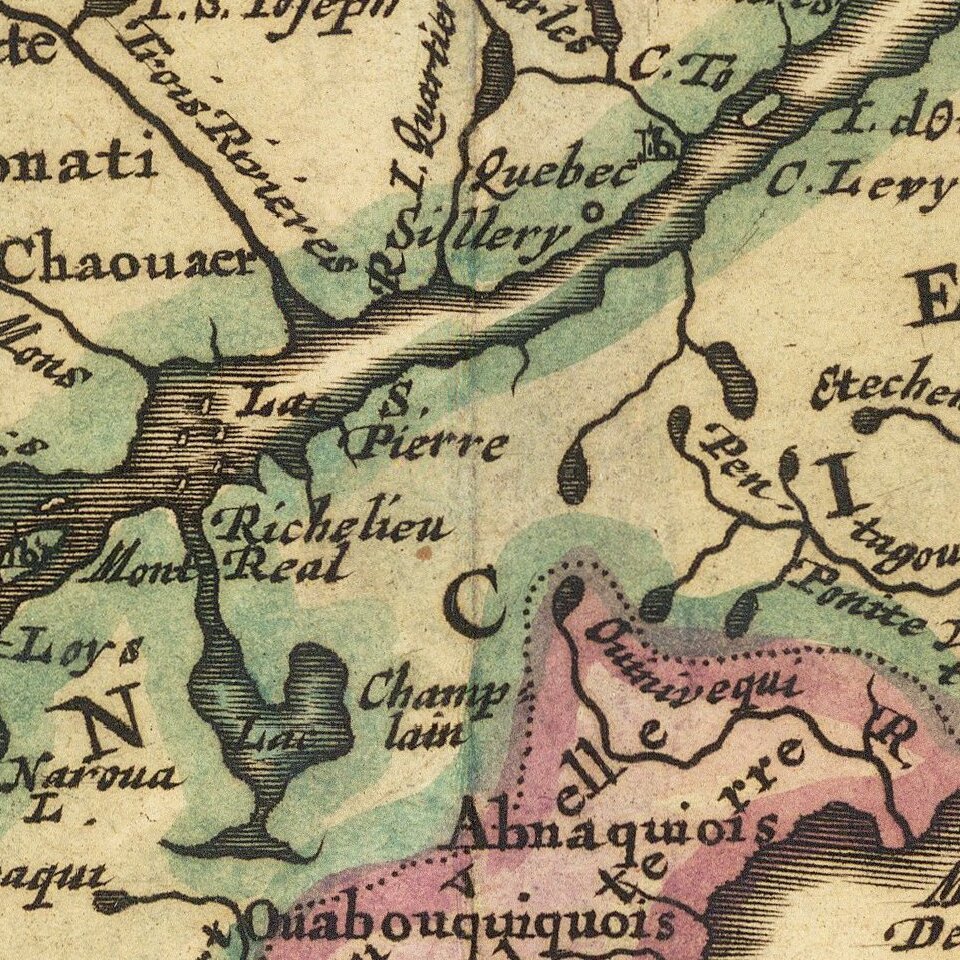 First state of the Frankfurt edition of Nicolas Sanson's map of Canada and the Great Lakes (first issued in Paris in 1657), which would influence regional cartography for the next 100 years.

Along with Sanson's larger map issued in 1656, this map includes many firsts and changes of great note. First appearance of Lake Erie ou du chat, which referenced the panther like qualities of the local Indians. Much improvement in the drainage of the Great Lakes and St Lawrence. The map draws heavily on the Jesuit explorations to the west and the travels of the French Fur Traders.

Greater detail shown in Hudson Bay than in earlier maps. Long Island is introduced and New Amsterdam is correctly placed. The Delaware River's course is greatly improved and the Swedish Colony noted (although by then defeated). New Netherlands is shown extending to Cape Cod. The classic open Great Lakes from Sanson's North American map are shown in fine detail.

The 1657 edition of Sanson's L'Amerique en Plusieurs Cartes Nouvelles was the third atlas dedicated entirely to America. The map was re-issued by Zunners beginning in 1679, with the title "Canada, sive Nova Francia, & c. Per N. Sanson.

The map was also re-issued by Ribbius in 1683, with the imprint of A. d. Winter Sculpsit in the lower right corner.