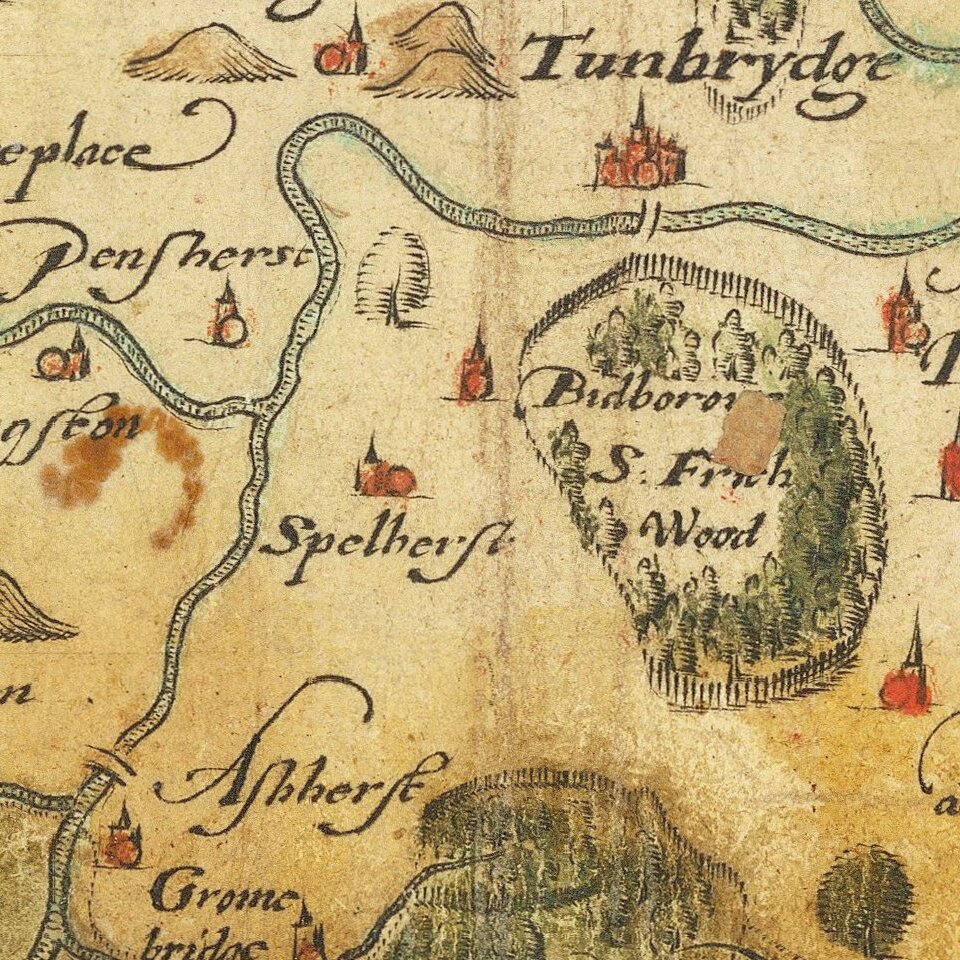 Fine example of Christopher Saxton's map of Kent, Sussex, Surrey and Middlesex, dated 1575, the 17th year of the Reign of Queen Elizabeth I. The present example is state 2 of the map, which is the state of the map that appeared in Saxton's atlas and includes the following changes from the proof state of 1575:

This is one of the earliest and most important English maps, covering the Southeastern part of England and dissected by the Thames River, with London prominently located near the top center of the map. Embellished with sailing ships, sea monsters and an elaborate strapwork cartouche and scale of miles, it is among the most important 16th Century English maps.

Christopher Saxton (1540-1610) was an English cartographer who produced the first county maps of England and Wales.

Generally regarded as th Father of English Cartography, Saxton was born near Dewsbury in Yorkshire. His first work was as an assistant to the vicar of Dewsbury, John Rudd, who was also a skilled mapmaker. Rudd's interest in surveying dates to as early as 1534, and by 1560 it was known that he planned to carry out a general survey of England. Rudd almost certainly introduced Saxton to the Lord Treasurer, Lord Burghley and t Thomas Seckford, a lawyer and influential court official as Master of Requests.

Working under the patronage of Seckford, Saxton began his own surveys in 1570 and the first maps were completed in 1574. He was granted a ten-year licence to make and market maps in 1577. There are no records of Saxton's methods of survey but he would also have relied on the Lily and Mercator maps, estate maps, local surveys and on the results of John Rudd's surveys.

Saxton created the first map plates for his printed survey by1574 and in 1578 the survey was complete. Individual county sheets were issued before the completed survey was issued as an atlas in 1579.

The maps were produced in the Atlas of the Counties of England and Wales published in 1579, the first atlas of any country. It contained 35 maps, each bearing the arms of Elizabeth I and Thomas Seckford, Saxton's patron.

All the maps are dated except for Northumberland. Five counties, Cornwall, Essex, Hertfordshire, The Suffolk and Norfolk maps show the division into hundreds. The atlas was a commercial success, prompting other cartographers including John Speed, John Norton, and Michael Drayton to attempt similar enterprises, adding to and adapting Saxton's work. 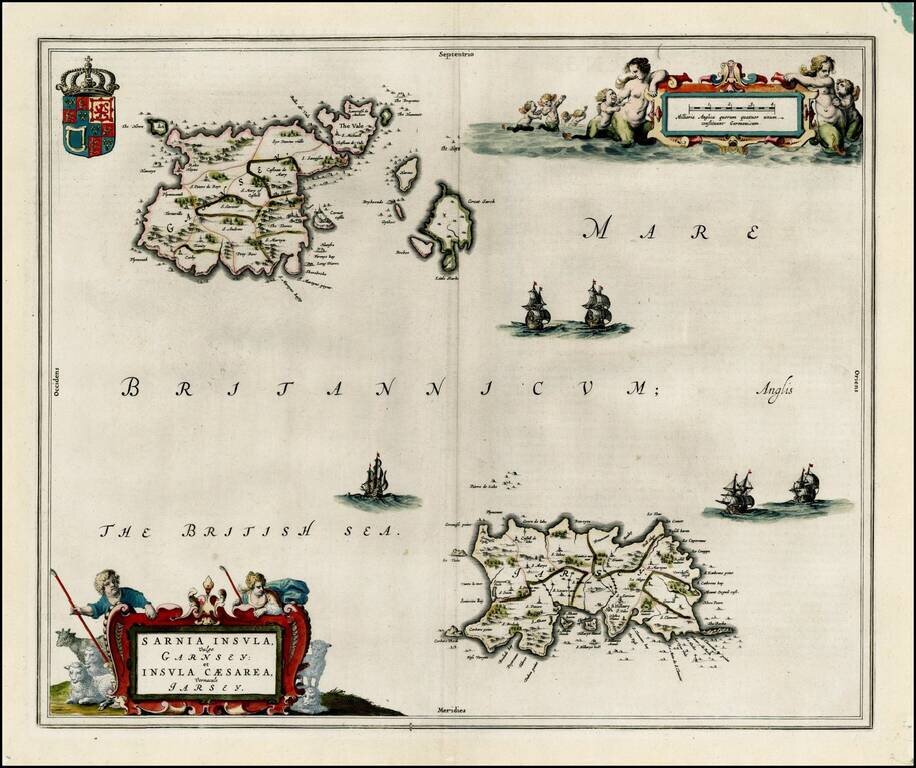 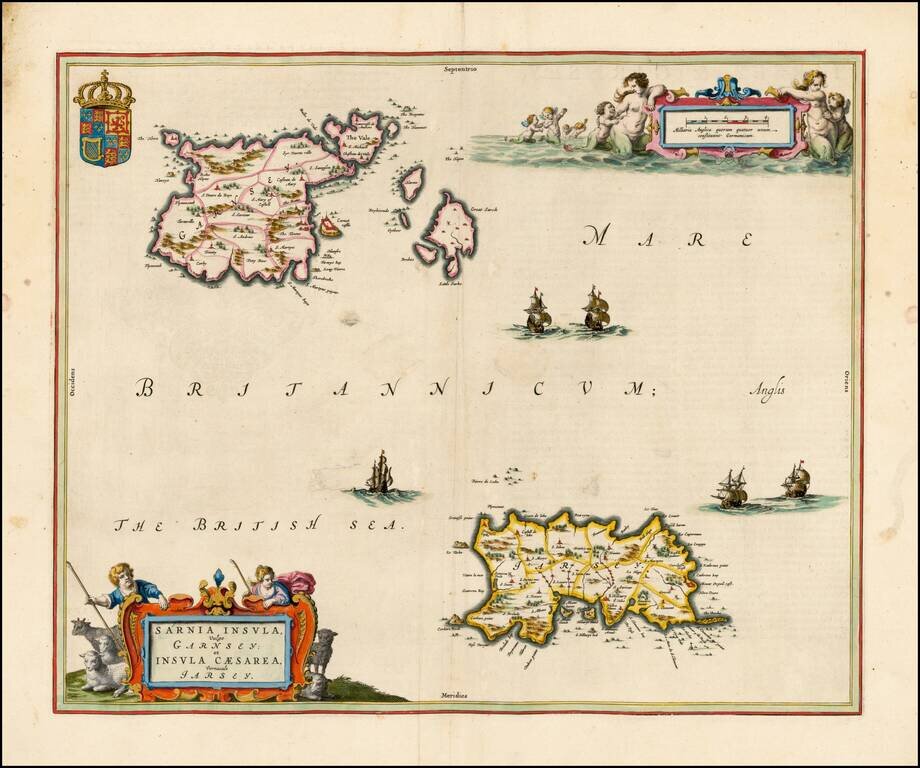 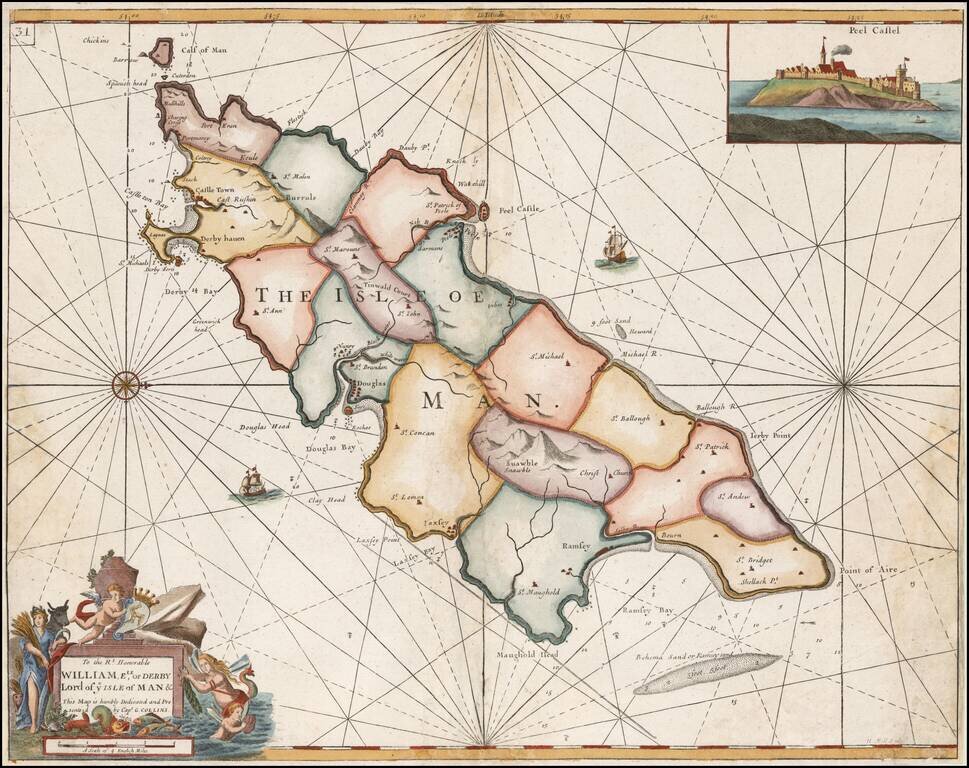 To the Rt. Honorable William, Ele of Derby Lord of ye Isle of Man &c. This Map is humbly Dedicated and Presented by Capt. G. Collins.