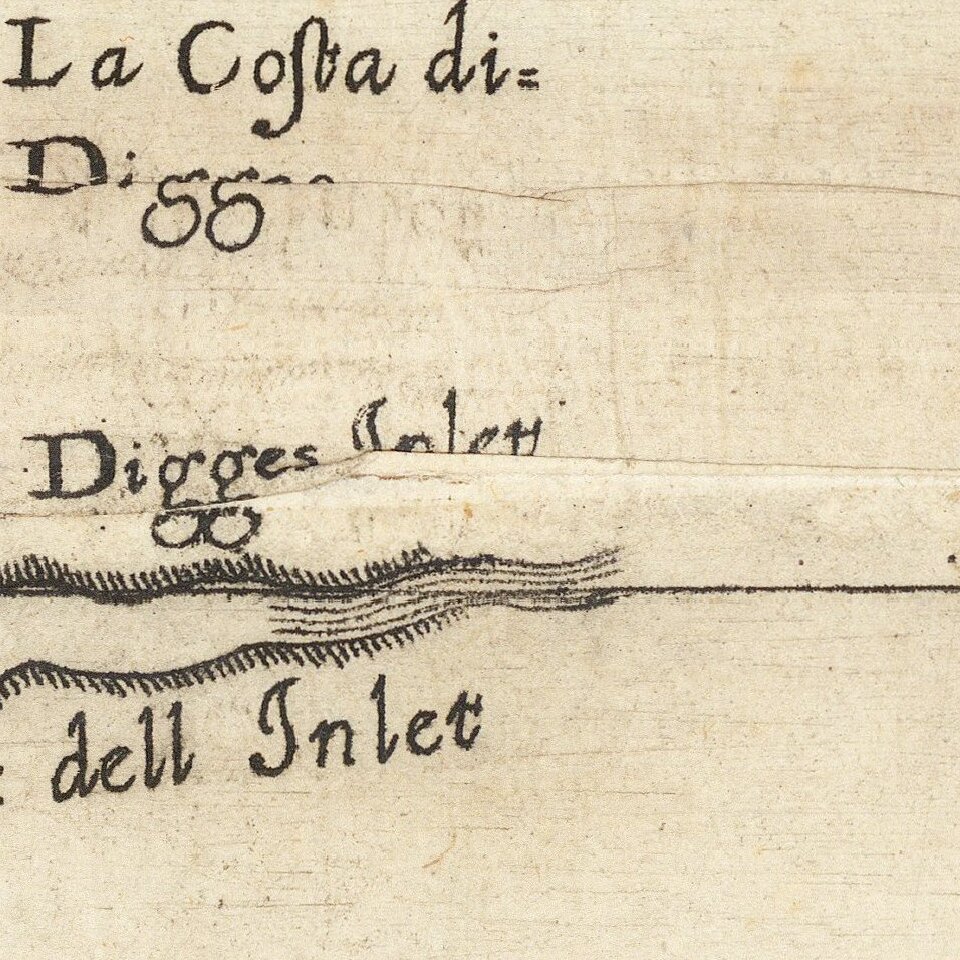 The First Sea Chart of Hudson Bay and Hudson Strait

Fine example of the first edition of Robert Dudley's chart of Hudson Bay and Hudson Strait, the earliest sea chart of the region and the first printed map to focus on Hudson Bay.

This is the first printed sea chart of Hudson Bay and Hudson Strait, an area not covered in the general charts, and one of the most important maps of the region ever produced. Using Mercator's projection for the first time, it is also the earliest to indicate prevailing winds and currents. Beautifully engraved by Antonio Francesco Lucini, it records magnetic deviations of the compass.

The outline of the chart appears to be partly derived from Hessel Gerritsz, 1612, although the nomenclature appears to be largely the work of Dudley. Many of the placenames are descriptive of a particular coastal feature. It has been postulated by earlier authorities that Dudley had access to some original Henry Hudson material, and that his is derived from it. Dudley was personally acquainted with many of England's explorers, Thomas Cavendish was even his brother-in-law. . . . His manuscript atlas provides some fascinating material for further research. The charts of the whole region bear many alterations.

The chart is the westernmost sea chart in Dudley's efforts to track the known waters pointing toward the Northwest Passage, with the northwestern extremities of the embracing the prospect of open waters to the west, in the direction of the Pacific Ocean.

Dudley's chart of Hudson Bay appeared in his Dell'Arcano del Mare, first published in Venice in 1646. Dudley's atlas was a cartographic landmark. It was the first consistently drawn on Mercator's projection. Each of the charts gives prevailing winds and ocean currents for all important harbors and anchorages and the magnetic declination of a large number of places.

There are two states of the map. The second state can be distinguished by the Lo6o in the title, which is not on the first state.

Both states are rare. An essential map for California Collectors.