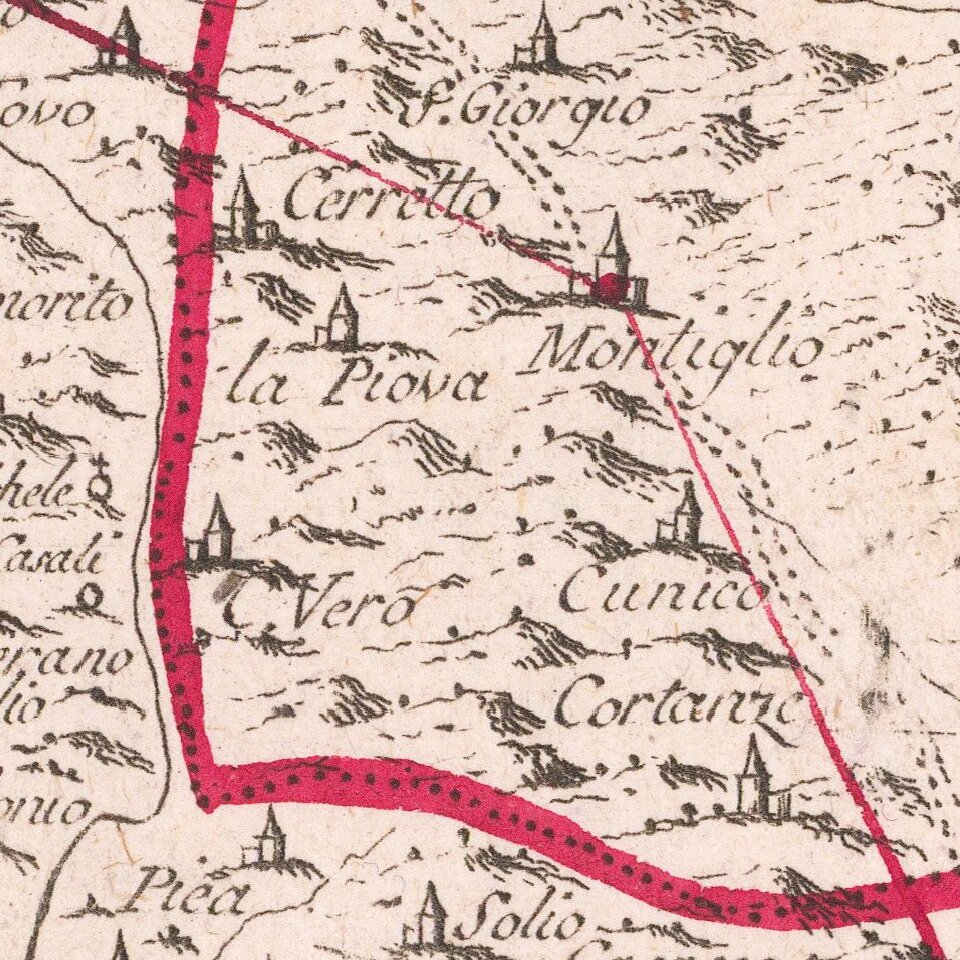 A superlative Napoleonic military map of northwestern Italy, showing the former territory of the Subalpine Republic after it was folded into the French Consulate, with extensive manuscript amendments and augmentations, prepared for General de Moncey, inspector-general of the French Gendarmerie.

The present map is a remarkable combination of manuscript and printed details, elegantly hand drawn on using sections of a larger wall map of the region. The finely executed cartouche and finely executed shading and additions required to give the map its topographical qualities is quite remarkble, illustrating a highpoint in the art of 18th and early 19th century mapmaking techniques.

The region illustrated is divided into 6 Departments (of the 7 that were part of the Subalpine Republic).

The map is prepared for administrative purposes, following France's capture of the region in June 1800 and subsequent division of the region between France (which received the six Departments naed above and the Italian Republic, which annexed Novara, shown on the map just to the east of the yellow line.

The table at the bottom right provides a summary of the forces of the 28th Legion and the Gendarmerie Nationale.

The Subalpine Republic and the French Consulate

The Subalpine Republic was a short-lived republic that existed between 1800 and 1802 on the territory of Piedmont during its military rule by Napoleonic France.

Piedmont was first invaded by the French in 1796, which led to the Treaty of Paris and the loss of Savoy and Nice. After a second invasion in 1798, King Charles Emmanuel IV (King of Sardinia) escaped to Rome, but he never signed a new peace treaty.

The republic had its capital at Turin. On July 9, 1800, it adopted a new flag, which consisted of a red-blue-gold triband (based on the flag of the earlier Republic of Alba). Its motto was Liberté, Égalité, which was taken from the French motto Liberté, égalité, fraternité.

The Subalpine Republic was heavily dependent on France and was never really independent as it was under French military occupation. The state was not recognized by the international community. In March 1801, the Piedmontese Army was incorporated into the French Army, and a few months later the administrative management of the region ended up completely in French hands. On June 41802, Charles Emmanuel abdicated in favour of his brother Victor Emmanuel I, who was in Cagliari under British naval protection. Napoleon took this opportunity to declare the forfeiture of the old sovereignty over Piedmont, and plans were made to annex it to France.

The map covers bear the name General Moncey. Bon-Adrien Jeannot de Moncey (or Jannot de Moncey), first Duke of Conegliano, first Baron of Conegliano, Peer of France (1754 – 1842), Marshal of France, was a prominent soldier in the French Revolutionary Wars and Napoleonic Wars. Later he became Governor of the Hôtel des Invalides (a home for veterans). MONCEY is one of the names inscribed under the Arc de Triomphe, on Column 33.

Moncey's father was a lawyer from Besançon. In 1778, Moncey received a commission. He was a captain when, in 1791, he embraced the principles of the French Revolution. Moncey won great distinction in the campaigns of 1793 and 1794 during the War of the Pyrenees, rising from the commander of a battalion to the commander-in-chief of the Army of the Western Pyrenees in a few months, and his successful operations were largely instrumental in compelling the Spanish government to make peace. After this he was employed in the highest commands until 1799, when the government, suspecting him of Royalist views, dismissed him.

The coup d'état of 18 Brumaire in 1799 brought him back to the active list, and in Napoleon's Italian campaign of 1800 he led a corps from Switzerland into Italy, surmounting all the difficulties of bringing horses and guns over the then formidable Gotthard Pass. In 1801, Napoleon made him inspector-general of the French Gendarmerie, and on the assumption of the imperial title created him a Marshal of France. In 1805 Moncey received the grand cordon of the legion of honor.

In July 1808 he was made duke of Conegliano; it was a duché grand-fief, a rare hereditary honor. The title was later confirmed under the Bourbon Restoration.

The same year, the first of the Peninsular War, Moncey was sent to Spain in command of an army corps. He distinguished himself by his victorious advance on Valencia, but the effect of that was destroyed by Dupont's defeat at the Battle of Bailén. Moncey then took a leading part in the emperor's campaign on the Ebro and in the Second Siege of Saragossa in 1809.

When France was invaded by Russia in 1814, Marshal Moncey reappeared in the field and fought the last battle for Paris on the heights of Montmartre and at the barrier of Clichy.

In 1814 he supported Louis XVIII and was created a Peer of France as Baron of Conegliano (June 1814, confirmed in 1825). He remained neutral during Napoleon's return, the 'Hundred Days', feeling himself bound to Louis XVIII by his engagements as a Peer of France, but after Waterloo he was punished for refusing to take part in the court martial of Marshal Ney by imprisonment and the loss of his marshalate and peerage.

The King returned his title of Marshal in 1816, and he re-entered the chamber of peers three years later. He continued his military career: his last active service was as commander of an army corps in the short war with Spain in 1823. From 1833 to 1842, he became Governor of the prestigious Hôtel des Invalides (a home for veterans in Paris). Present at the return of Napoleon's body in December 1840, he said after the ceremony, "Now, let's go home to die".

The map is a unique survival. We know of no other examples. 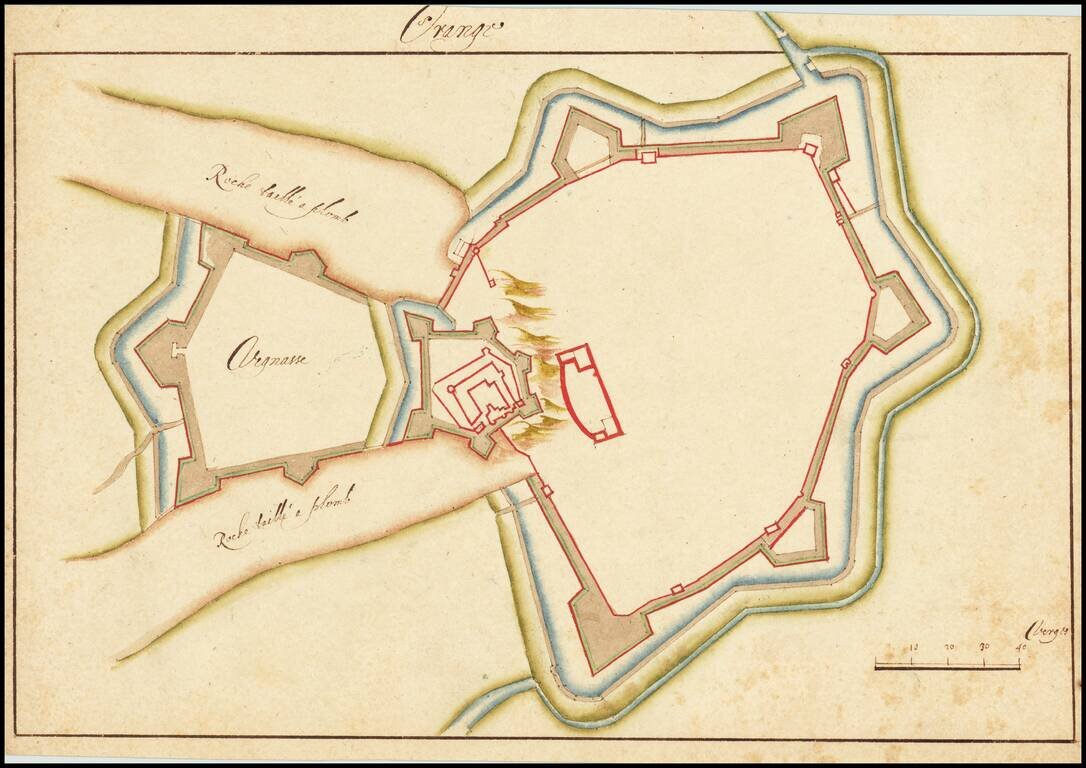 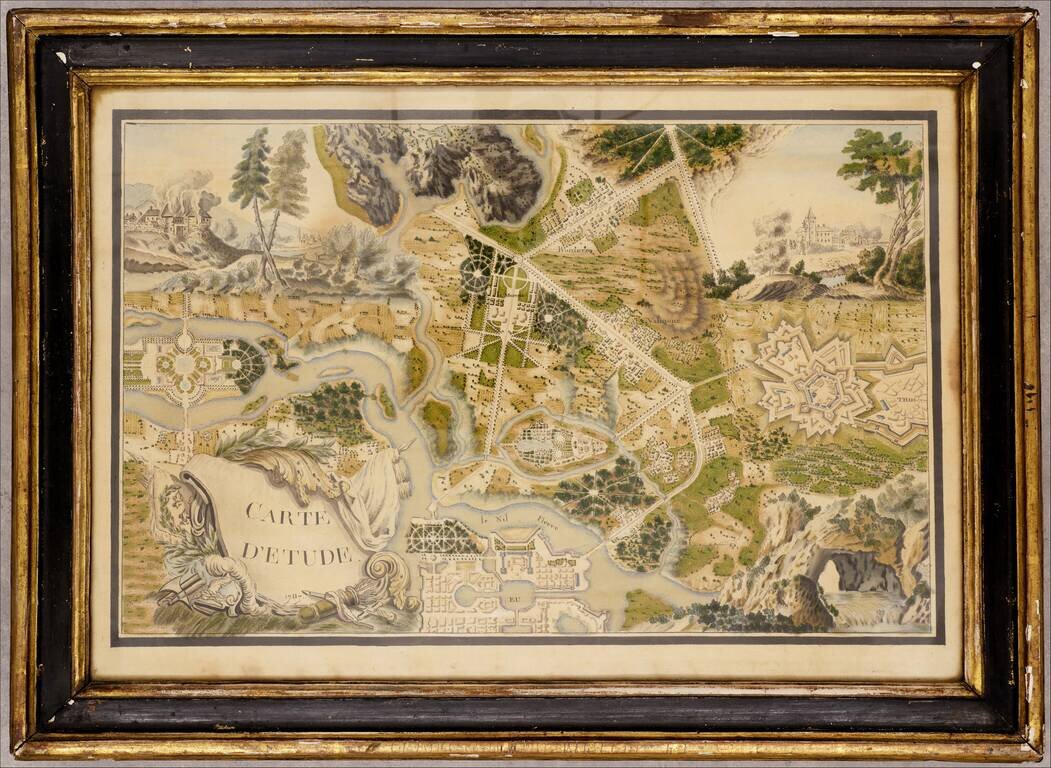 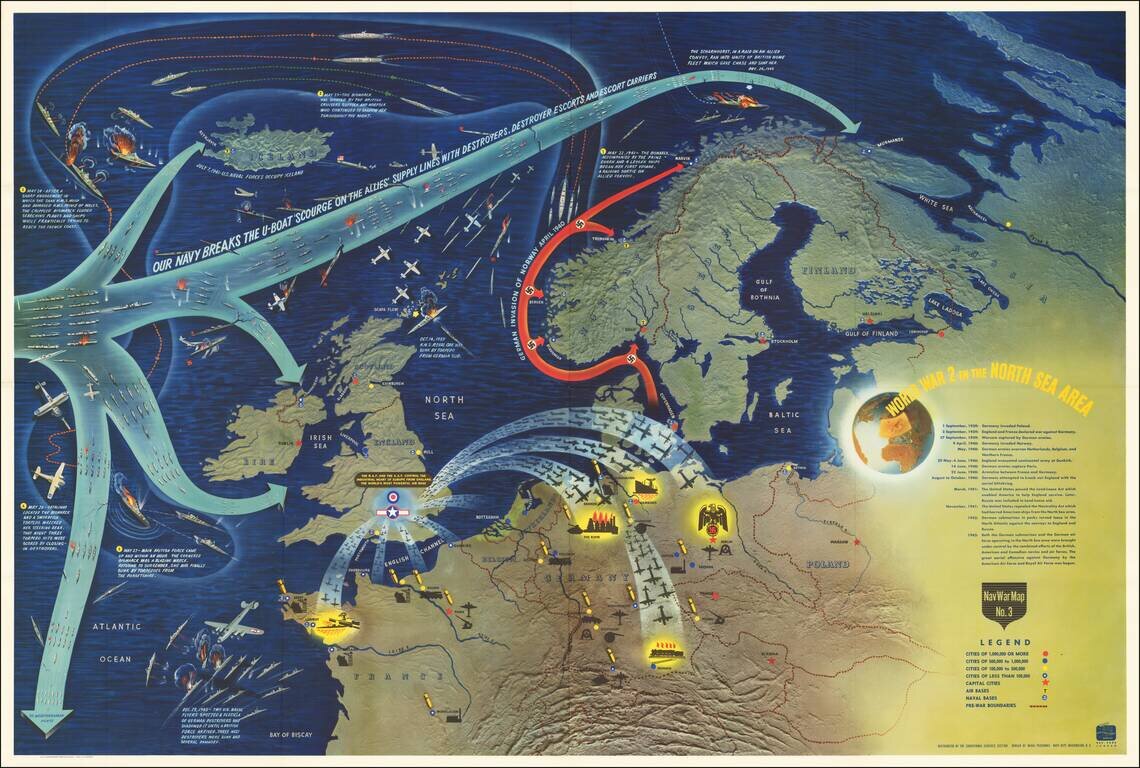