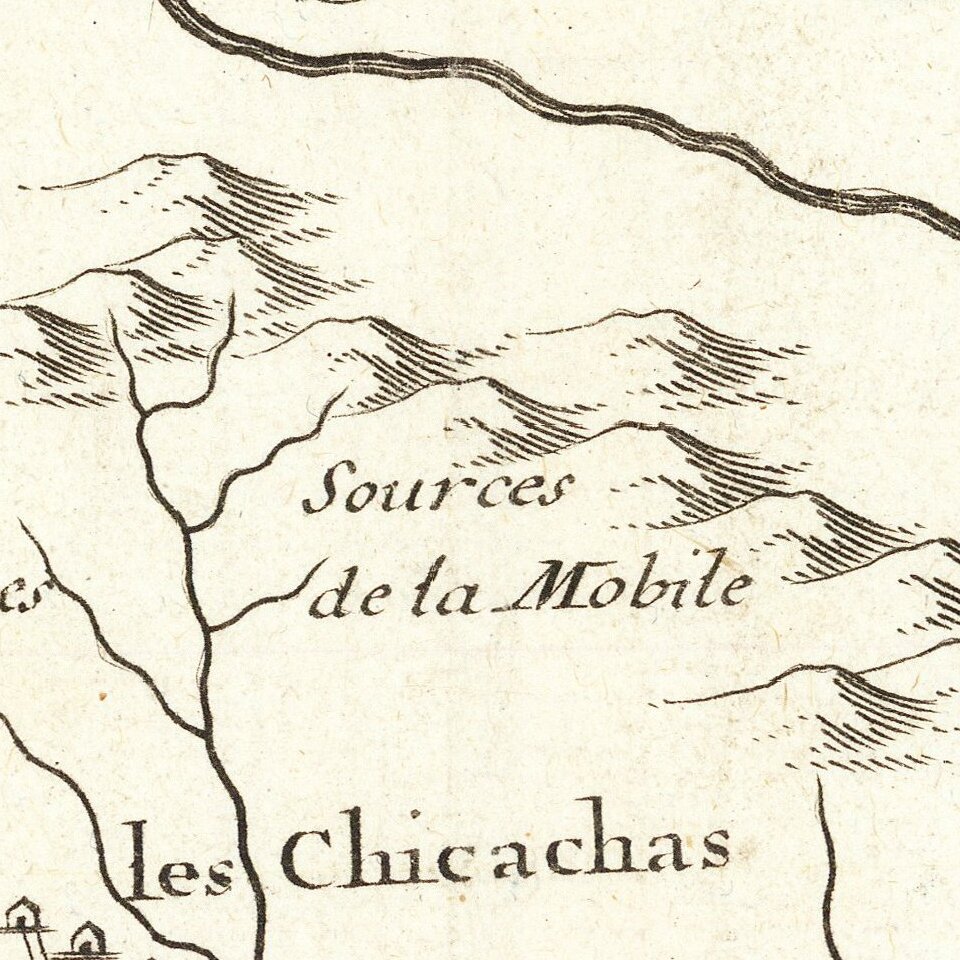 First state of De L'Isle's seminal map, one of the most important and influential maps of the 18th Century.

De L'Isle 's map is "the first large-scale map accurately showing the lower Mississippi River and surrounding areas” and the first printed map to properly locate and name ‘Texas.’ “The most important notation to Texas history [on the map]... was that appearing along the Trinity: ‘Mission de los Tiejas, etablie in 1716.’ . . . This phrase marked the first appearance of a form of the name Texas on a printed map, and thus Delisle has received proper credit for establishing Texas as a geographic place name.”

One of the most widely copied and influential maps ever produced. The map contains the first indications of the explorations of De Soto, Cavelier, Tonty, Moscoso and Denis. It included the best depiction of the Mississippi River to date, for the first time presenting a roughly accurate delineation of its entire length, as well as a semblance of accuracy about many of its tributaries. It was also the first map to include the name Texas with the legend "Mission de los Teijas," indicating a Mission established in 1716.

Delisle's maps had an immense impact on the history of cartography, and none more so than this map. It was based on years of research, using all the latest reports of travels, explorations and surveys in the region. Delisle was particularly well placed with respect to gathering information on North America, using De L'Isle's connections in the French Court to access the best available published and unpublished accounts and maps of the New World.

De L'Isle's map was the first accurate delineation of the Mississippi Valley system and "the first printed map to show Texas."

As noted by Cohen:

A significant map in Western American history and a work by one of the greatest mapmakers of all time. The map revealed for the first time the importance of the Missouri River and gave the most accurate delineation of the Mississippi Valley up to that time… [Delisle's] passion for pure scientific accuracy is reflected on his maps. If geographic information had not been directly observed by a reliable source, he refused to acknowledge it. Many longstanding myths and errors that had been passed from mapmaker to mapmaker for generations were suddenly absent on Delisle's maps.

A seminal map for Americana collectors.