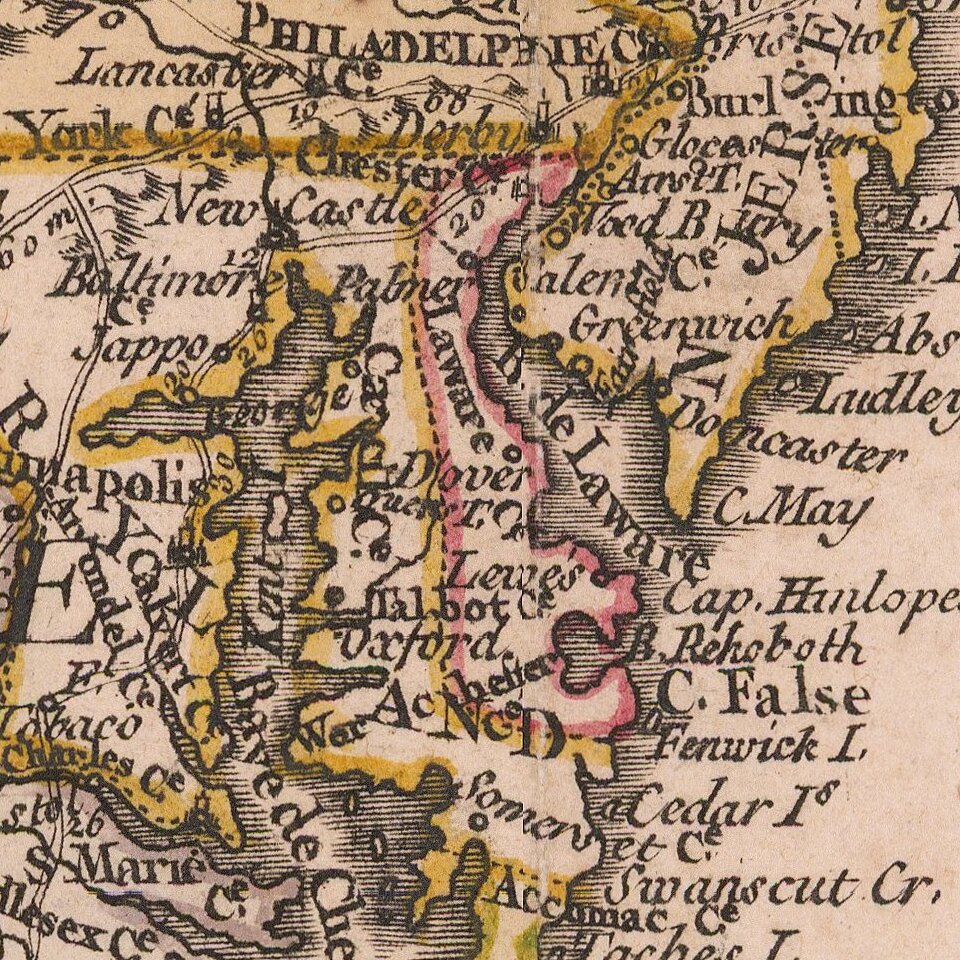 Mars, the God of War, Witnessing Fame's Proclamation of the Birth of the United States

Fine example of Beaurain's important map of The 13 Colonies and the contiguous part of French Louisiana and Florida, one of the earliest maps published in Europe to focus on the American Revolution and an important early bit of pro-American French propaganda.

The Chevalier de Beaurain was Royal Geographer to Louis XVI. At the time, France was secretly aiding the colonies and the map was intended as a propaganda document to prepare the public for the moment when France decided to formally enter the war on the American side. That moment came in early 1778, shortly after the British defeat at Saratoga.

Beaurain used John Mitchell's famous map of 1755 as a base map, and shows all of North America as far west as the Great Plains. But he has modified and updated Mitchell's political boundaries. The Southern English colonies no longer extend indefinitely to the west, but now have their western boundaries at the Mississippi River. The new Canadian province of Quebec, founded in the 1760s, has been added in, and numerous changes and additions have been made in the midwest and deep south. The large and very decorative inset at lower right gives a detailed close-up look at the mid-Atlantic colonies.

The entire map is heavily embellished. A rococo title cartouche is shown at the upper right and a lavish depiction of Mars, the God of War, watching Fame proclaim the new country. The map imagery is a triumphant marriage of mythological gods (Mars and Fame) unfurling a fine miniature rendition of Governor Pownall's The Provinces of New York, and New Jersey; with part of Pensilvania and the Province of Quebec. . . . , first published in 1768, but the present edition showing revisions to at least 1775.

The map is one of the most visually impressive of America for the eighteenth century.

The map is very rare. Copies in the United States have been located at the Library of Congress, Newberry Library, Cleveland Public Library, University of Kansas, Yale University, and a unique example in a private collection in Chicago.

The map is known in three states, which can be quickly identified as follows:

There are substantial changes between the first state and the second state. Lake Champlain is significantly revised, most notably in the south, as is Lake George. The upper Hudson River is also significantly revised above Albany. In the inset, there are dozens of new place names added.