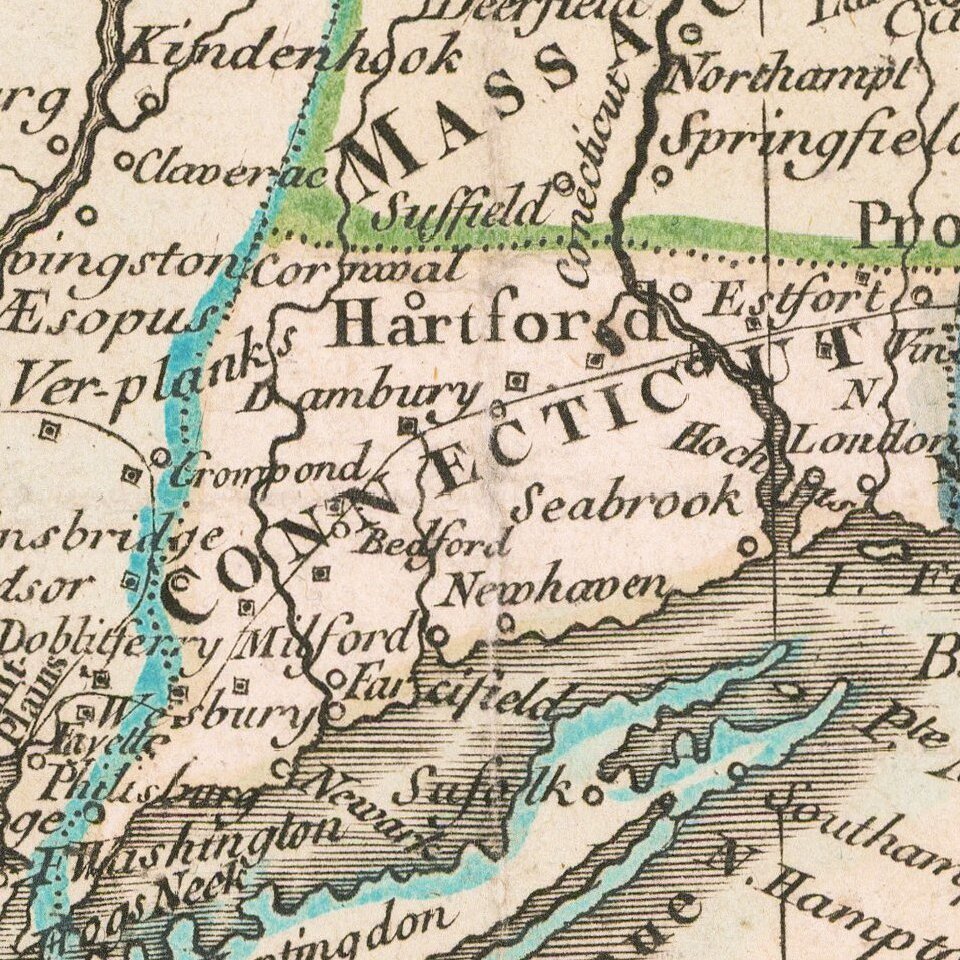 Ristow wrote that the map "is one of the most attractively designed and executed maps of the period and reflects the talent and skill of the artist-cartographer." The map was dedicated to Benjamin Franklin, a well-known figure at the Paris peace conference, and ambassador to France. Title and dedication are cleverly placed on the unfurled sail of a ship which makes for a memorable and handsome cartouche. ref: Cappon, The First French Map of the United States; Ristow, American Maps, p. 63."

The present example includes two side panels, providing a contemporary account of the American Revolution to the French Public, shortly after the conclusion of the war with Britain and treaty of peace in Paris.

In addition to being the first French map to recognize the newly formed United States, of particular note is the dedication to Benjamin Franklin, who is noted as Ambassador to France, delegate to the treaty negotiations and member of the Philosophical Society of Pennsylvania.

The map shows the region from Newfoundland to a northern Florida and west to beyond the Mississippi. Pennsylvania has an irregular western boundary and extends past Lake Erie in the north. The map provides a detailed treatment of the Indian Nations and River systems east of the Mississippi, along with a number of Forts and several French Missions in the Trans-Appalachian West. There is an inset of Florida (shown as an archipelago), with an ornate cartouche.

While originally thought to exist in only a single state, we have now identified the following 3 states, the first of which has a slightly different title, which includes a credit to Franklin as Ancien Président de Pensilvanie. This line was altered in the second state of the map to read anc. Présid. de la conventió de Pensilvanie, a reference to Franklin's role as president of the Pennsylvania constitutional convention of 1776, and I think a correction probably made at Franklin's request.

The map is known in the following states:

The map survives in only relatively small number of examples and was of sufficient importance that it has been included in a facsimile edition published by the Donnelly Company in the Norman T. Leventhal Collection of the Boston Public Library.