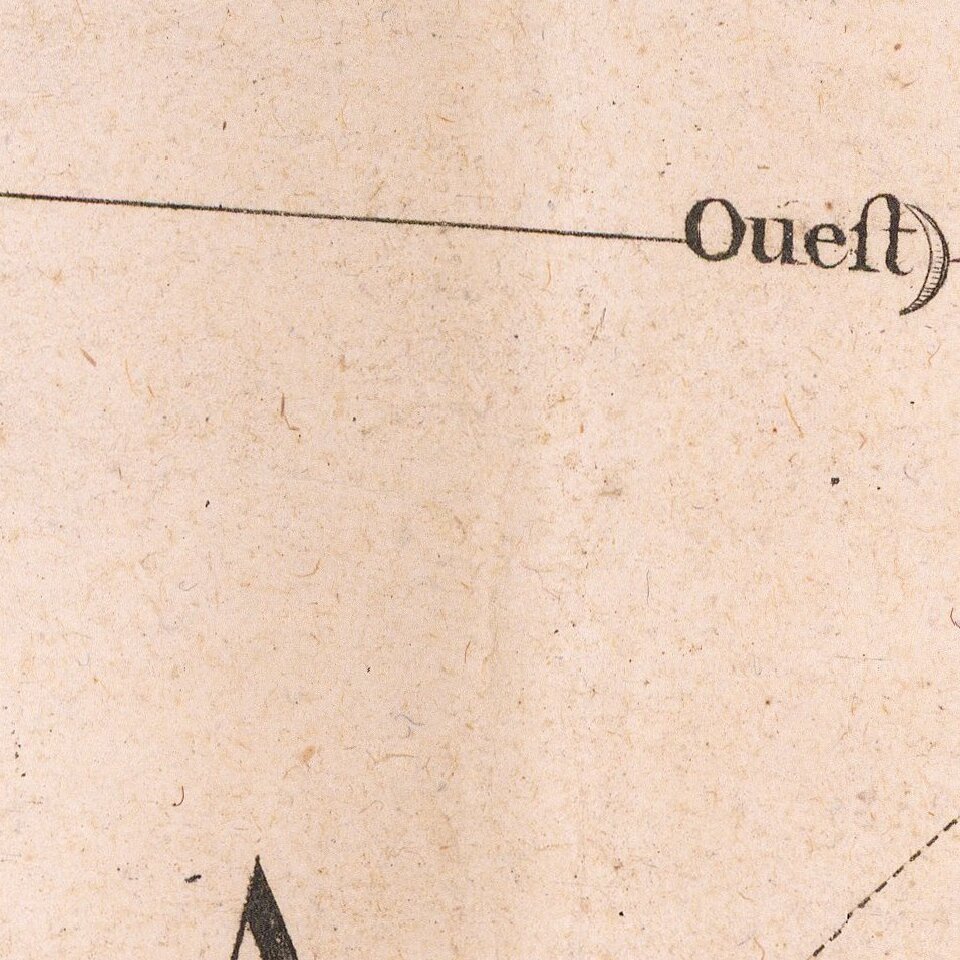 Dezauche's map illustrates the theater of the Russo-Turkish War that began in 1787, one year before the publication of the map.

At the end of the previous Russo-Turkish War, Russia had annexed the Crimean Khanate, but the Ottomans sought to regain the territory. The Ottomans failed and the war ended with the Treaty of Jassy in 1792 with Russia retaining the region surrounding the Sea of Azov.

Dezauche's map illustrates the rivers, roads, towns and topography of the land. The map suggests the source of the map is the Saint Petersburg Academy of Sciences, later called the Russian Academy of Sciences. The Academy was founded in 1724 and was responsible for several important explorations, including Vitus Bering's Second Kamchatka Expedition from 1733-43.

The map is embellished with a compass rose and a title cartouche on a stone plinth surrounded by vegetation.

The map notes states (in French):

This map was drawn from several authentic materials, including the handwritten map made on the spot by the Russian Engineers, for the voyage of Her Majesty the Empress of Russia, which was communicated to me by M. Le Prince de * * *, who has traveled all over this country, and whose light and knowledge of geography, are authorities which I have thought not to neglect.

Below the map are advertisements for maps by Delisle, Bellin, and a three-sheet map by Rizzi Zannoni.

Jean-Claude Dezauche (fl. 1780-1838) was a French map publisher. He edited and reissued the maps of Guilluame De L’Isle and Philippe Buache, two of the most skilled mapmakers of the eighteenth century. He acquired the plates of these two men’s work in 1780 from Buache’s heir, Jean Nicholas Buache. Dezauche worked in the Depot de la Marine, as had the elder Buache.