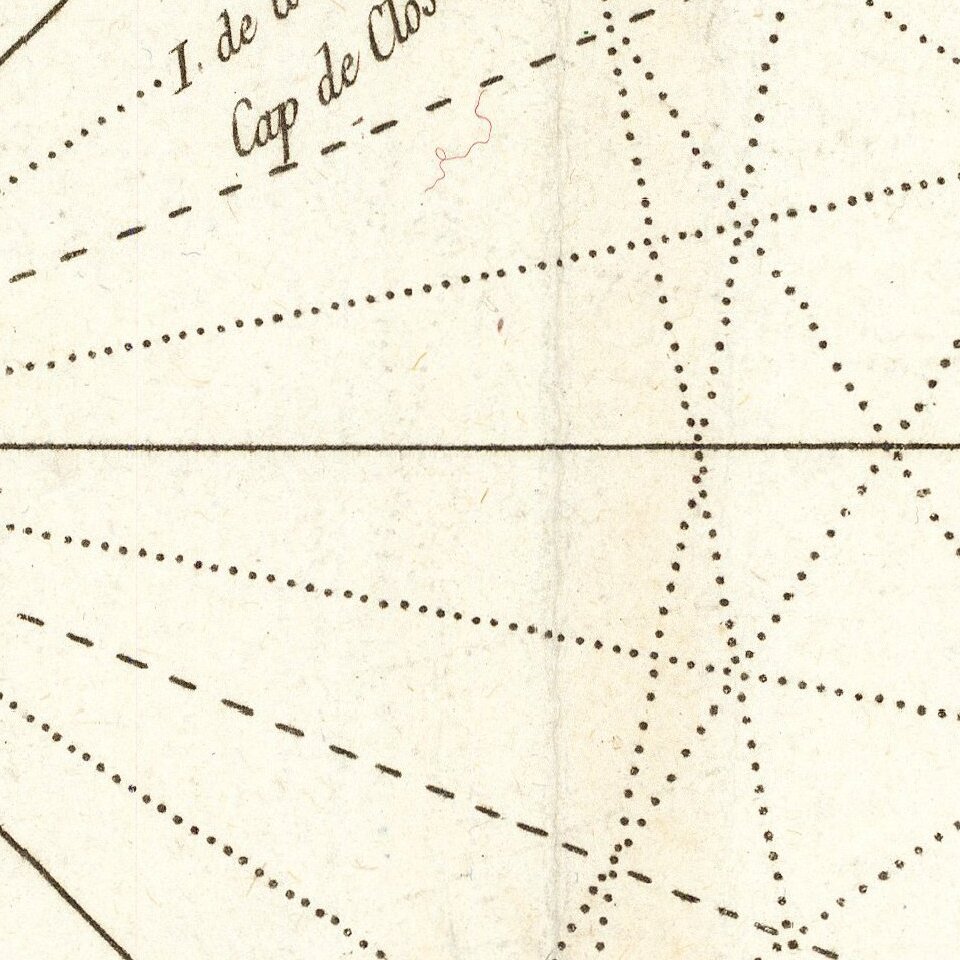 Centered on Iceland, the map extends from Labrador, Newfoundland, and Baffin Island (Ile James) to Norway, and includes Greenland, Great Britain, Denmark, and part of the coast France, inland to Paris. It is a fine chart with fleur-de-lis and rhumb lines and a table of coordinates for major locations at right.

Between 1771 and 1772 the French government sent a scientific expedition to the North Atlantic, led by Verdun de la Crenne, to explore the ocean, the coasts, and the islands on their route and to correct errors on existing charts and test various ways of measuring latitude and longitude.

The expedition reached Iceland in the Western Fiords and remained for nearly three weeks in Patreksfjördur, making numerous observations. Based on these measurements they moved the country three and a half degrees eastwards, though without disturbing the longitude of the east coast to any extent. Restricted to a limited area on about one third of the Icelandic coast, their charting of Iceland was generally much less accurate than those already in existence. The expedition had particular difficulty in fitting in all of the south and north coasts within the narrow limits imposed by their estimate of the breadth of the country from east to west.