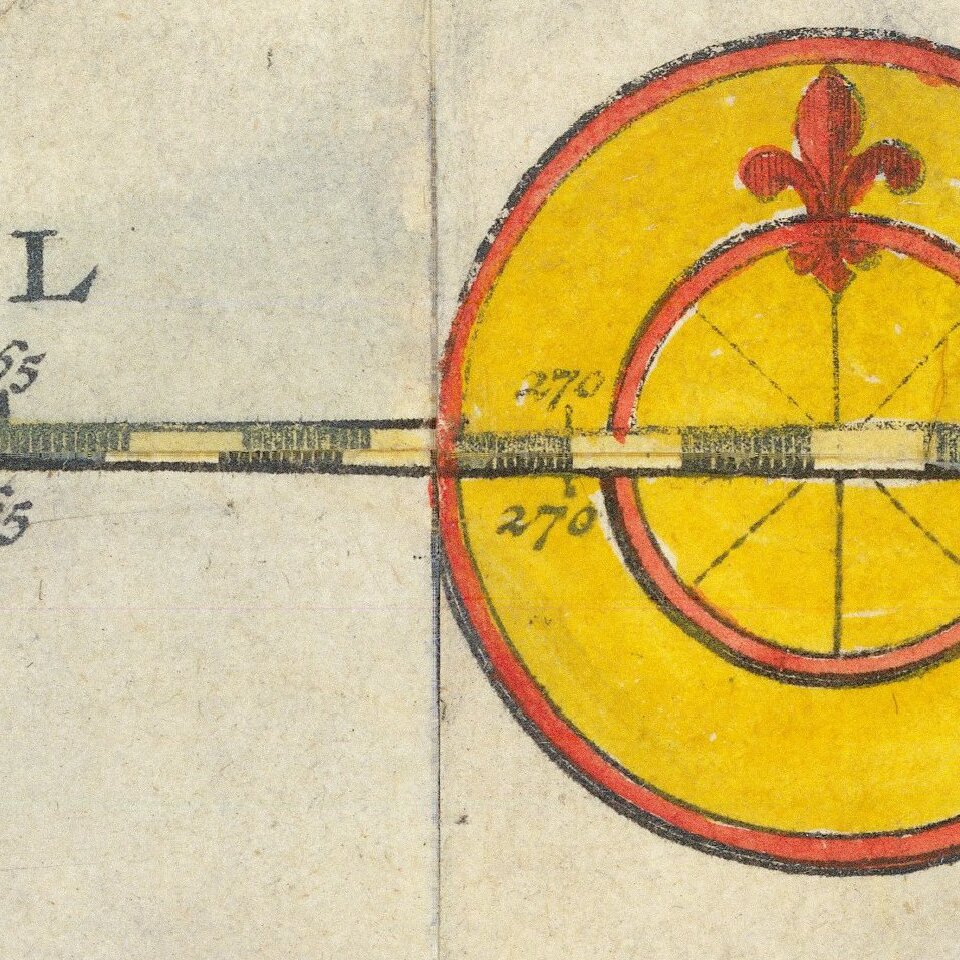 Beautifully hand-colored four-sheet map centered on America and showing the various trade and exploration routes in the Pacific and Atlantic.

Chatelain's "very curious map" is one of the most spectacular examples of the marriage between cartography and graphic art. Richly decorated in the tradition of Dutch cartography, this map extends from eastern Asia to western Europe, with primary emphasis on the Pacific Ocean and the Americas.

The map was included in the landmark work of Henri Abraham Chatelain, a Huguenot pastor of Parisian origins, who lived successively in London, The Hague, and then Amsterdam. This "very curious" map was included in the 7 volume Atlas Historique, published between 1705 and 1720. This encyclopedic work was devoted to the history and genealogy of the continents, discussing such topics as geography, cosmography, topography, heraldry, and ethnography. Although published anonymously, it was apparently compiled by Chatelain or his family, and the text was contributed by Nicolas Gueudeville, a French geographer.

Based upon a larger buy otherwise very similar map by Nicolas De Fer published in 1718, Chatelain's map appeared in the sixth volume of his landmark Atlas Historique.

The map provides an amazing graphical depiction of the age of discovery and the character of the New World. The map is embellished with more than 35 insets and vignettes of various scenes and regions in the New World. Nine medallions at the top center portrayed important explorers including Columbus, Vespucci, Magellan, Drake, and Dampier, while the tracks of their voyages were marked on the map.

The marginal vignettes range from narrative scenes depicting colonial economies based on beaver, cod, and sugar, to geographic insets providing large-scale maps of significant locations, such as the Mississippi Delta, Niagara Falls, the Cape of Good Hope, as well as numerous cities and towns. Although California was depicted as an island on this map, there was a notation indicating that some Europeans believed it was attached to the mainland, making this one of the first European maps to question the myth of California as an island as depicted on many Dutch and English maps since the 1630s.

Henri Abraham Chatelain (1684-1743) was a Huguenot pastor of Parisian origins. Chatelain proved a successful businessman, creating lucrative networks in London, The Hague, and then Amsterdam. He is most well known for the Atlas Historique, published in seven volumes between 1705 and 1720. This encyclopedic work was devoted to the history and genealogy of the continents, discussing such topics as geography, cosmography, topography, heraldry, and ethnography. Published thanks to a partnership between Henri, his father, Zacharie, and his younger brother, also Zacharie, the text was contributed to by Nicolas Gueudeville, a French geographer. The maps were by Henri, largely after the work of Guillaume Delisle, and they offered the general reader a window into the emerging world of the eighteenth century.